7 Female Scientists Your Children Should Imitate

When it comes to changing the world, having a positive role model can help spurn action, confidence and imagination. These female scientists have invented, researched and collected their way to a place in scientific history. From discovering new elements to inventing Wi-Fi, the following seven women will wow you and your kids. Read on to get inspired for Women’s History Month and every day! 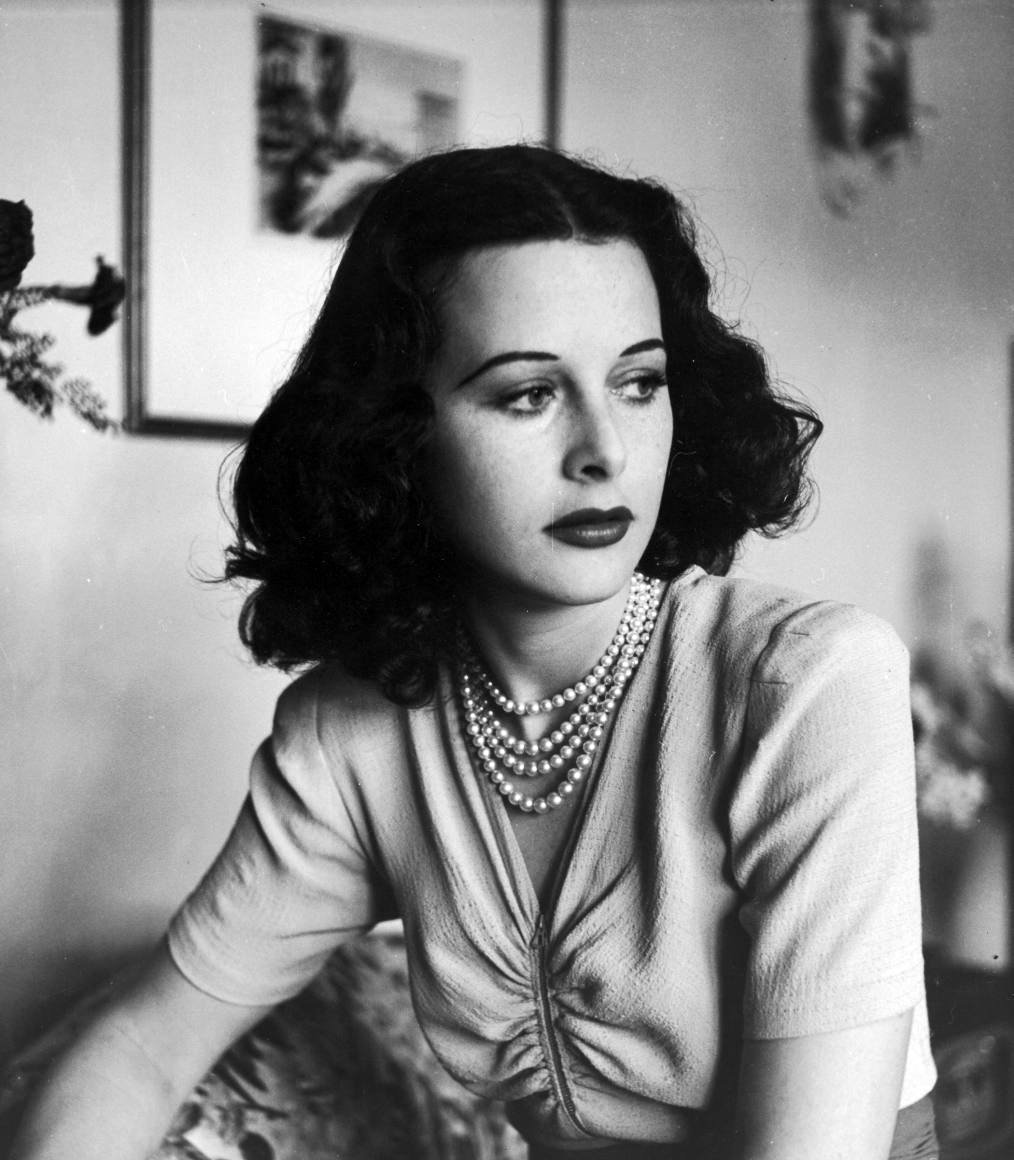 More widely known for her Hollywood starlet status during the 1930s and 40s, Hedwig Eva Maria Kiesler, aka Hedy Lamarr, was much more than a pretty face. Native to Austria, she was incensed over the Nazi takeover of her beloved home country. Highly intelligent and fearless, Lamarr worked with scientist and inventor George Antheil to develop a secret communication system. They manipulated radio frequencies at irregular intervals to form an unbreakable code which she envisioned helping submarines deploy missiles and allow them to not be detected by enemy ships. This is what is known as spread spectrum technology, and it is what modern-day digital communications are based on. Without her work (for which she obtained a patent) wireless technology as we know it today would not exist. She received very little recognition for her work during her lifetime although today she is acknowledged as being the mother of wi-fi.

Communicate like Heddy: Try making a tin can telephone to represent the idea of sending messages. We love the one here from Crafts by Amanda. A game of telephone will also do the trick: try to scramble the messages on purpose to see what funny results you get.

Hedy says: “All creative people want to do the unexpected.” 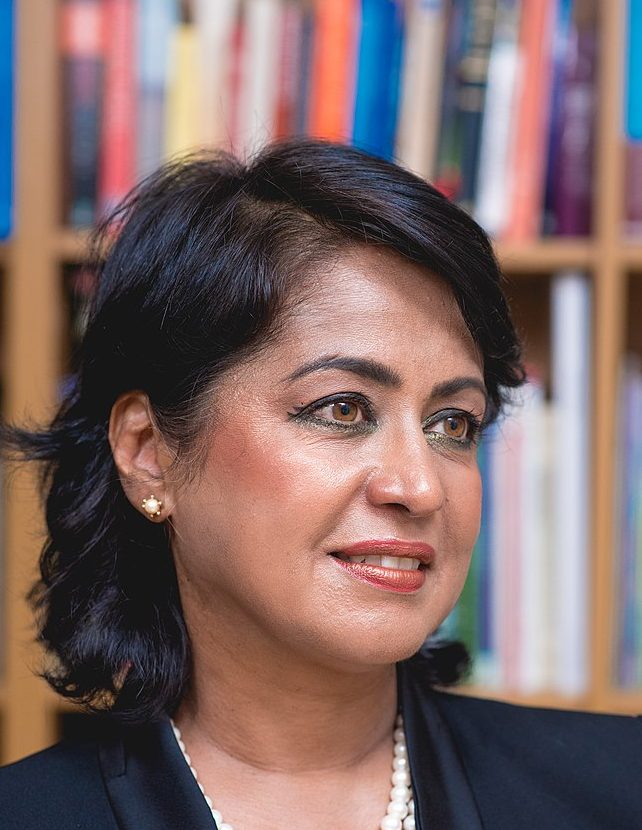 Bibi Ameenah Firdaus Gurib-Fakim was born in 1959 in Mauritius, the country for which she now serves as the first woman President. She is a biodiversity scientist who has spent countless hours researching and documenting the indigenous plants of Mauritius and their medicinal and nutritive properties. She has held many high positions in the fields of both politics and science and was awarded the 2007 UNESCO Award for Women in Science.

Be Like Ameenah
Develop their love of plants at a young age with this super cool transformation of a mere cardboard box into a natural lightbox. Gather local plants, leaves and flowers to make yours.

Ameenah says: “My dream is to be a voice from a part of the world that is rarely listened to, speaking on behalf of a part of the planet that is often overlooked.” 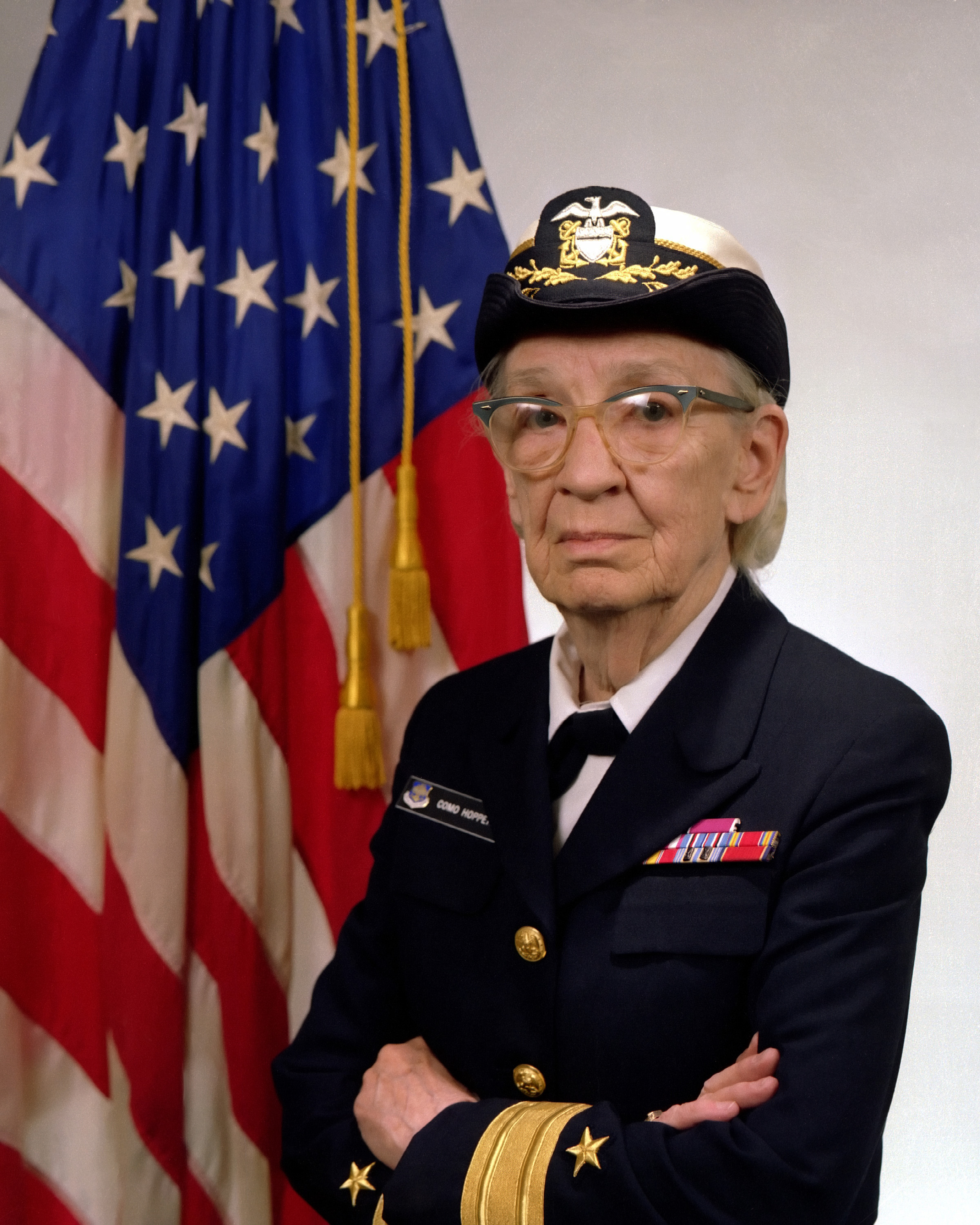 Grace Brewster Murray Hopper (1906-1992) was one of the first computer programmers ever in the U.S. A Navy Rear Admiral, in 1944 she worked on the Harvard Mark I Computer and invented the first compiler for computer programming language. In other words, she figured out how to explain computer code to mere humans (and how to program a computer to do what humans want). In the 1940s!!! She continued working for the Navy and later for other government agencies as a high-ranking official. She even worked as a senior consultant to a private company until she died at the age of 85.

Code Like Grace:
Promote a little active screen time with your future programmer when you have her complete an hour of code for 20 minutes each day. Everything you need to know is mapped out online, and although the hour is best spent on a screen, you can opt to use screen-free alternatives to teach the same concepts to your cutie at home. The best part? A sweet certificate your tiny techie can earn when she’s learned it all. Gold stars all around!

Splurge-worthy: This cool wooden toy can teach a kid as young as three to code.

Grace says:  “A ship in port is safe, but that’s not what ships are built for.” 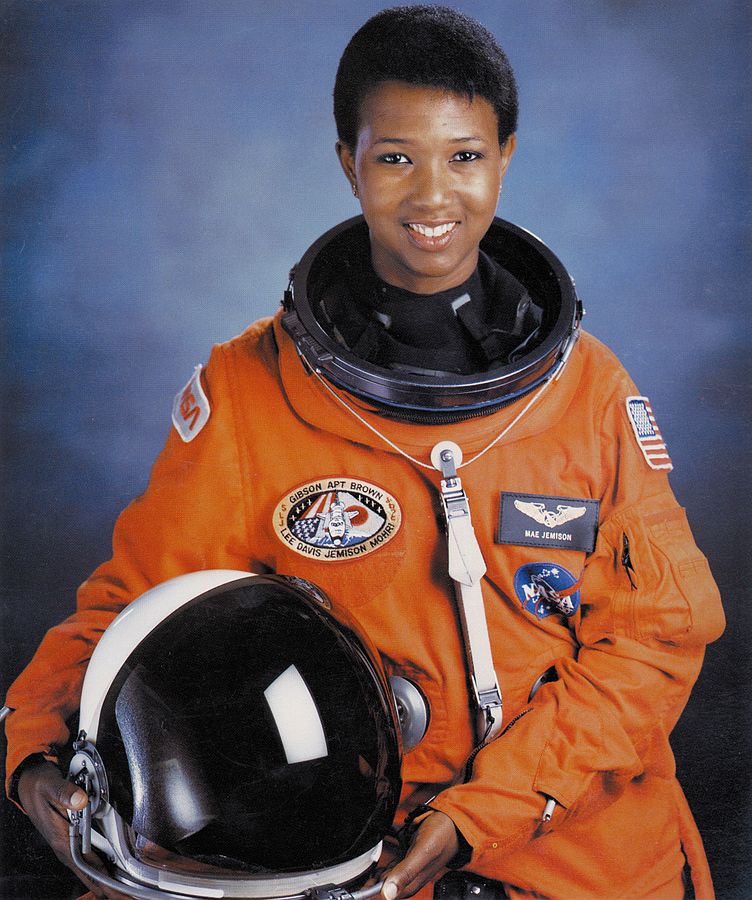 photo by NASA via Wikimedia commons

Born in 1956
On June 4, 1987, Mae C. Jemison became the first African-American woman to enter the space program. On Sep. 12, 1992, she joined the crew of seven astronauts on the Endeavour, becoming the first African-American woman in space. Born in Decatur, Alabama and raised mostly in Chicago, Il, Jemison holds multiple awards and degrees including a B.S. in biomedical engineering and an M.D. She has worked as a medical doctor (including in the Peace Corps). As a child, Jemison spent a lot of time in her school library, reading especially books about space.

Blast Off Like Mae
Let your dreamers build a rocket ship of their own and join a mission into outer space. Or try this super sweet shooting-star craft.

Fun fact: Mae is one of the six women of NASA LEGO figurines.

Mae says: “We look at science as something very elite, which only a few people can learn. That’s just not true. You just have to start early and give kids a foundation. Kids live up, or down, to expectations.” 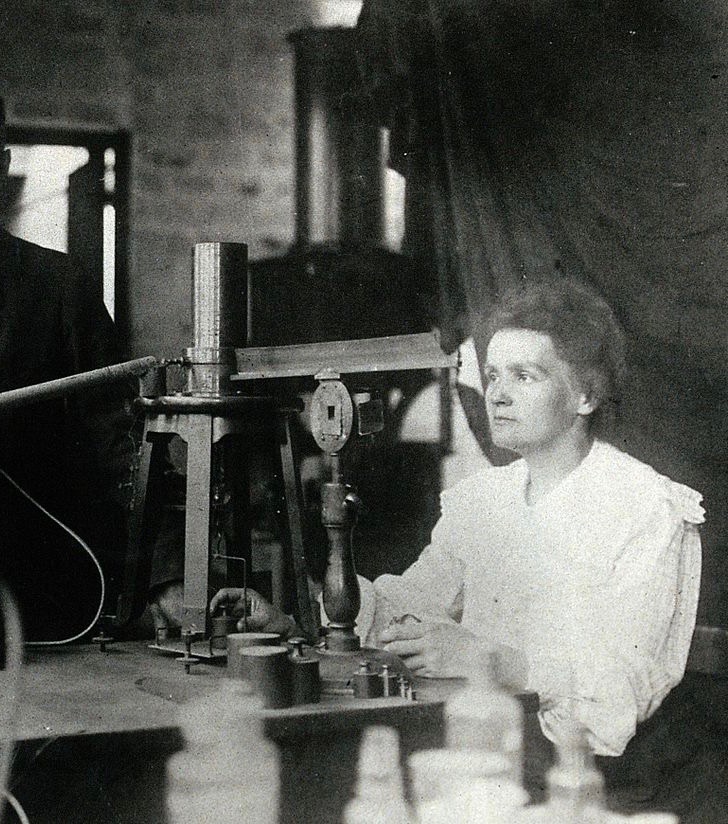 (1867–1934) A physicist and chemist who was not only the first woman ever to win a Nobel Prize, she was also the first person and only woman to win it twice, once for Chemistry and once for Physics. Her pioneering work includes the theory of radioactivity and discovering not one but two elements (radium and polonium).

Be Like Marie
We don’t want you having any radioactive waste in your house but you can get in the spirit of Marie Curie’s work by creating some glow-in-the-dark science. Try making glow bubbles or splashing in a (non) toxic pool of bathwater.

Marie says: “A scientist in his laboratory is not a mere technician: he is also a child confronting natural phenomena that impress him as though they were fairy tales.” 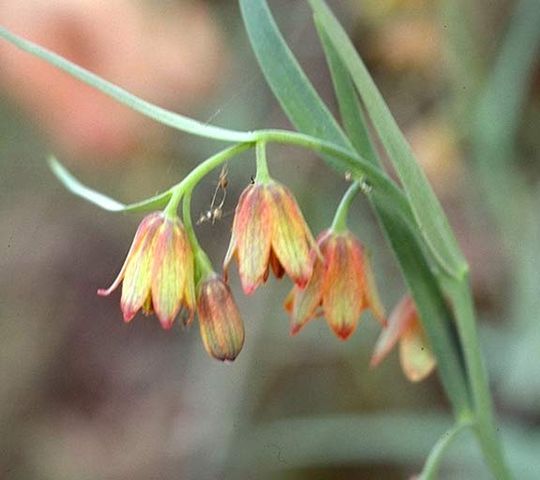 (1859-1953) Born in Canada, Eastwood is best known for her work as a renowned (and self-taught!) botanist who is credited with building the extensive collection of botanical specimens at the California Academy of Sciences in San Francisco, Ca. Not only did she collect them, in 1906 after the big earthquake she rescued the collection from the fire, managing to save 1497 irreplaceable botanical specimens. She lost her own home and all of her possessions, choosing to save the collection over all else. There are 17 plant species (and two plant genera) named for her, including the above pictured Fritillaria eastwoodiae. She went on many expeditions, especially in and around the California Sierra Nevada mountains, hiking with the Sierra Club and documenting the plants. She also hiked Mt. Shasta by herself. She published over 300 scientific articles in her lifetime.

Follow Alice
Try your hand at some homespun botany with an indoor garden project you can do in your own kitchen, windowsill or balcony.

After the great fire, Alice wrote: “I did not feel the loss to be mine, but it is a great loss to the scientific world and an irreparable loss to California. My own destroyed work I do not lament, for it was a joy to me while I did it, and I can still have the same joy in starting it again… .” 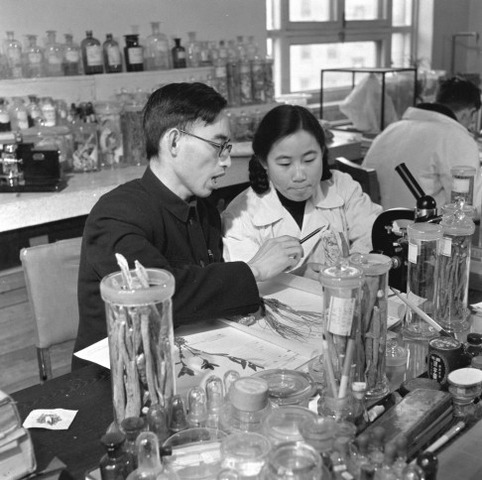 Born 1930
Chinese-born Tu Youyou took the 2015 Nobel Prize in Physiology or Medicine, primarily for her work in researching and discovering artemisinin and dihydroartemisinin, two compounds used to treat malaria. Her work has saved millions of lives.  More than 240,000 other compounds had been previously studied as a treatment for malaria by scientists all over the world for years, but in 1960 Tu began analyzing plants from Chinese medicine. Tu and her team selected 2000 potential plants and eventually narrowed them down to just one. The compound comes from an artemisia (wormwood) plant and has been used in traditional Chinese medicine for centuries. Tu’s extensive knowledge of the vast pharmacopeia of traditional and Western medicine has made her one of the most important scientists in her field. She found what no one else could. Interestingly her father named her Youyou after a sentence from the Chinese Book of Odes: “Deer bleat ‘youyou’ while they are eating wild Hao.” Hao is Artemesia!

Be Like Tu
Foster their love of experimenting with some at-home chemistry like this super basic vinegar and baking soda volcano, or get more complex (and messier) by making elephant toothpaste.

16 Renegade Women to Name Your Kid After

The post 7 Female Scientists Your Children Should Imitate appeared first on Red Tricycle.