HANK PHILLIPPI RYAN: Susan Mallery, Susan Mallery! Can you believe it? Whoa. Here’s how this happened.  In one of those life serendipities, a local library was hosting a big multi-library event, and the organizer emailed me and said: Do you know Susan Mallery? Would you like to interview her for our event?

And I  think I yelped. I said--well, YES!  I don't personally know her, but yow, everyone knows her! She’s a rockstar, a total writing rockstar, with a million bestselling novels beloved by bookclubs and legions of fans. That Susan Mallery?

Yes, indeed. And we had an incredible event, and as a result, I discovered a lot about her. First you should know--she’s very funny, with lots of stories and a wonderful husband and a gorgeous life and pets and she’s an amazing cook and tells hilarious anecdotes and has adoring fans following her wherever she goes. And her books sell, like, billions each.  All that.

But here’s the scoop. This woman is a serious serious writer. She knows her craft, she knows her skills, and she works harder than anyone could ever imagine. She has an organizational  technique with notecards that made my brain fry. She is lovely, of course, and authentically wonderful and truly engaging--but she is also a true professional.  And a brilliant storyteller.

I was so impressed by our evening, and she is now my idol and writing goddess.  And her newest book THE STEPSISTERS came out Tuesday! YAAY! And I am so honored to introduce her to you! 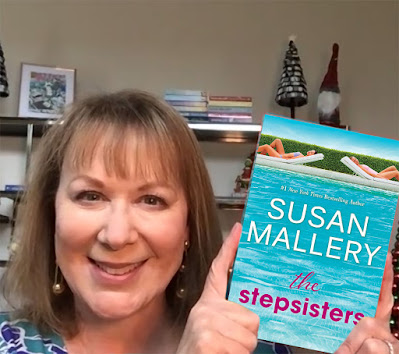 What Makes a Family

A theme I return to again and again in my books is “Finding Family.” It’s endlessly fascinating to me because there are infinite variations on that theme. There are always new relationships to explore, new nuances and emotions to dig into. The idea of finding family, of making a family, resonates with me on a soul-deep level. I think we humans are hard-wired to feel connected, to be part of something bigger than ourselves.

I’ve written a lot of sisters in my books—probably a form of wish fulfillment, since I’m an only child. (Sisters by Choice, Daughters of the Bride, The Summer of Sunshine and Margot.) And I’ve written about lots of blended families. (When We Found Home.) But I was really interested in exploring a relationship I’d never tackled before: former stepsisters.

When this idea first came to me, it came as one scene that kept playing through my mind like a scene in a movie. Sage is at Daisy’s wedding reception, a little drunk, talking a little too loudly. And just as there’s a lull in the conversation, she tells a friend that she’s still in love with the groom.

(Fiction is so much fun when it’s messy!) 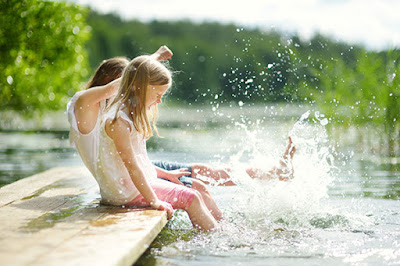 Daisy and Sage were stepsisters for six years, from about age seven to thirteen. They were strangers, then forced together as family, then . . . nothing. Except that their parents had a child together, so they shared a half-sister.

As the book starts, they haven’t seen each other in years. And that’s just fine with them—more than fine. They didn’t get along when they lived together, didn’t miss each other when they didn’t. But now their little sister needs them both, and their forced togetherness is going to make them look at each other through new eyes. And somehow, these three women who were thrown together and torn apart by forces beyond their control, will move from strangers to friends to family.

I think a lot of readers will relate to this, having lived through similar real-life family dramas. What happens to the relationship between kids of a blended family when the marriage doesn’t last? And what about the relationship of each kid to the stepparent who isn’t there anymore, and who doesn’t have any right to shared custody? How would the loss affect that person into adulthood?

HANK: Oh, yeah. I grew up with my mom, and my stepfather. At some point, when we finally got to be friends, he reminded me that my favorite taunt to him (at age 6) had been “You’re not my REAL father so you can’t tell me what to do.”  The poor guy. And my poor Mom. I apologized later. (I’m talking years later.)

Oh, and when my step-grandmother, his mother, told me, on an occasion separate from the above: “I love you just as much as if you were my real granddaughter.”

I’m sure this all had its roots on the day of their wedding, when my sister and I (ages 4 and 6) had been dressed up in our pink dresses with white pinafores, and my mother suddenly said--WHAT? WHAT? And turned out Nina and I both had chicken pox.

So what say you, Reds and readers?

And I’ll give a copy of THE STEPSISTERS  to one lucky commenter!

SUSAN MALLERY is the #1 New York Times bestselling author of novels about the relationships that define women's lives—family, friendship, romance. Library Journal says, “Mallery is the master of blending emotionally believable characters in realistic situations," and readers seem to agree—40 million copies of her books have sold worldwide. Her warm, humorous stories make the world a happier place to live.

Susan grew up in California and now lives in Seattle with her husband. She's passionate about animal welfare, especially that of the two ragdoll cats and adorable poodle who think of her as mom. 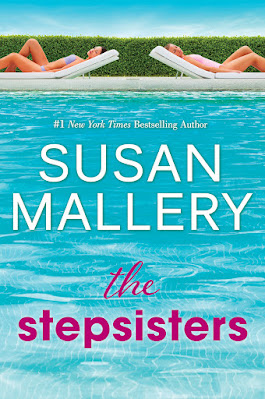 Once upon a time, when her dad married Sage's mom, Daisy was thrilled to get a bright and shiny new sister. But Sage was beautiful and popular, everything Daisy was not, and she made sure Daisy knew it.

Sage didn't have Daisy's smarts--she had to go back a grade to enroll in the fancy rich-kid school. So she used her popularity as a weapon, putting Daisy down to elevate herself. After the divorce, the stepsisters' rivalry continued until the final, improbable straw: Daisy married Sage's first love, and Sage fled California.

Eighteen years, two kids and one troubled marriage later, Daisy never expects--or wants--to see Sage again. But when the little sister they have in common needs them both, they put aside their differences to care for Cassidy. As long-buried truths are revealed, no one is more surprised than they when friendship blossoms.

Their fragile truce is threatened by one careless act that could have devastating consequences. They could turn their backs on each other again...or they could learn to forgive once and for all and finally become true sisters of the heart.