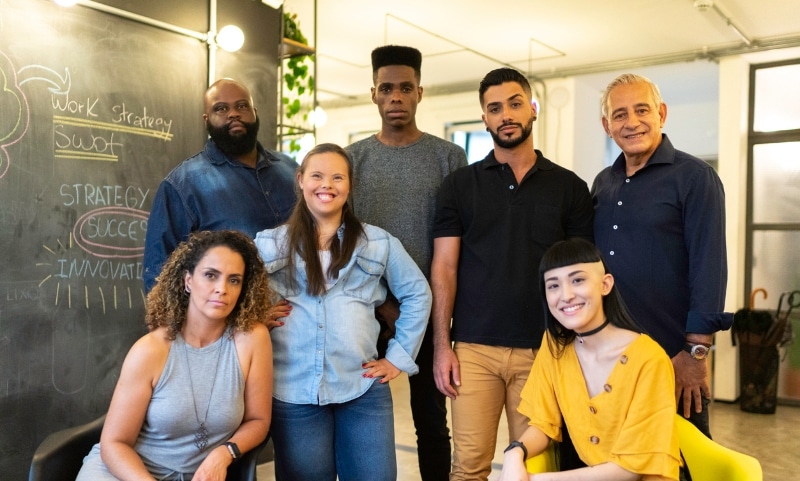 —
About five years ago, I was asked to teach a two-hour seminar at a writing conference. I called the workshop “Craft and Confidence,” but really it was just about confidence. I put the craft in there because I’d been told that’s what aspiring

writers most wanted to learn. My problem was that when I started teaching writing, it wasn’t writing I wanted to teach at all. For a while, I didn’t think one person could teach another person anything useful about writing. Just do it, I thought, and you’ll figure it out.

Yet here I was at this writer’s conference in a college seminar room with hundred people of all ages and interests. Some wrote a memoir and some wrote poetry and some wrote vampire steampunk romance. Some were gay and some were straight, some were devout Christians and some were passionate atheists. The only thing they had common, aside from being human, was that they wrote.

This was on my mind because I’d learned that when you taught a class on confidence you quickly dipped into matters about which there was vociferous disagreement–namely, that which was frequently called God. I didn’t use that word myself, but when you start talking about the source of your ideas, and about trusting where those ideas come from, and about believing in your story even though no one else has believed in it, and how you can’t judge other writers or yourself, you can wind up sounding like you’re quoting scripture even though you’re just trying to accurately describe what happens when you’re writing with true confidence.

I started the workshop off by talking about what we call The Flow. This is the state of mind any creative person enters when they go deeply into their work. I didn’t even mention the word “flow,” however. I just asked the class how many of them have had the kind of day when the writing went as well as it could possibly go. I described what this experience was like for me: I lost track of time, I lost track of the world outside my window, I was surprised by what I wrote, new ideas came to me without effort, and when I was done I felt as good as I could possibly feel. “Does this sound familiar?” I asked. “Has anyone else ever had a day of writing like this?”

This was the first time I’d really spoken in experiential detail to other writers about what it feels like to be in The Flow, described it as if it was any other experience a person could have like going bowling or to a concert or arguing with a spouse. It occurred to me that it didn’t matter what you called it when the writing was really cooking. It didn’t matter if you said you were in The Flow, or your Muse had visited, or you were tapped into Source Energy, or that Jesus himself was doling out plot ideas–the experience was universal and irrefutable and all that was all that mattered. I told the class we were going to try to understand what’s going on when the writing is going really well and how we enter this state on purpose rather than just sitting down each day and hoping.

A hundred writers got ready to take notes.

It struck me as quite profound that these people, who, if given the chance, I’m sure could have screaming matches about the existence of God and about what does or doesn’t wait for us when we die, we’re in complete agreement about what is at its core a fairly mystical experience. No one can see where the ideas come from and yet every writer knows, whether they’ve put words to it or not, that those ideas don’t really come from them. Despite our many disagreements about the nature of reality, every writer agrees that this experience is real, it’s fantastic, and we’d like it to happen as often as possible.

When I see people in disagreement, or when I am in disagreement with someone, I try to remember the first time I talked to that diverse group of writers about The Flow. How quickly everyone was united around this single experience we’d all known in our separate homes, sitting at our separate workrooms, telling our separate stories. In that moment, as all their heads began nodding, all the hundred different faces staring back me could have been a single face capable of hundred expressions simultaneously. I wish I could see everyone I meet and know this way all the time, but my attention wanders. I get distracted by the differences, enjoying some, disliking others. Reality, however, remains unchanged, waiting there beneath the surface, a fire that could burn us all, a river that would carry any boat.

If you believe in the work we are doing here at The Good Men Project and want to join our calls on a regular basis, please join us as a Premium Member, today.

Need more info? A complete list of benefits is here.

Talk to you soon.