How this Seattle man became ‘the internet’s dad’ 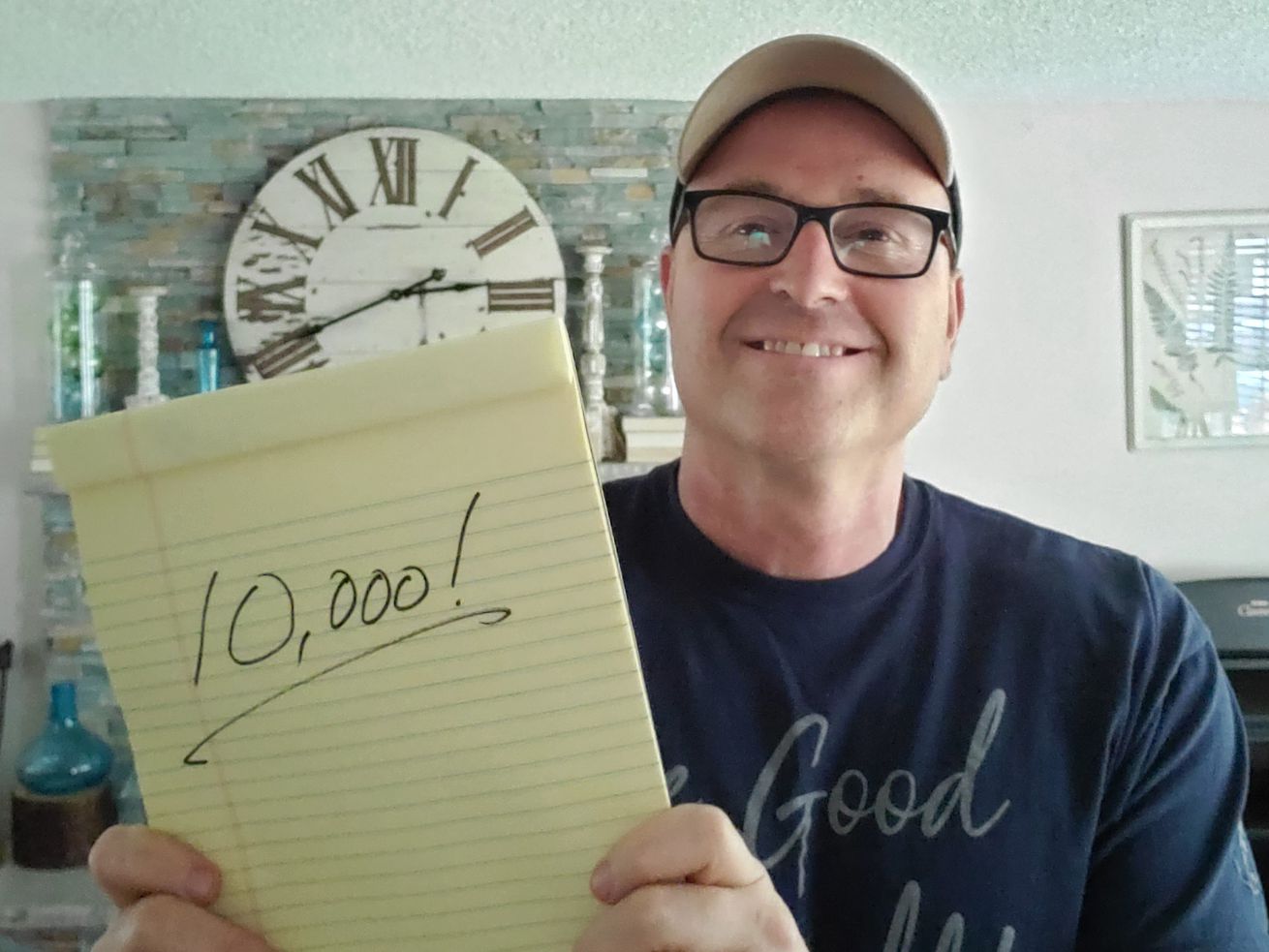 Rob Kenney celebrates 10,000 subscribers to his YouTube channel. There are now more than 2 million. | Photo provided by Rob Kenney

He started “Dad, How Do I?” expecting a few dozen visitors, but nearly 2 million have subscribed to watch his tutorials

SALT LAKE CITY — Growing up without an involved father, Rob Kenney had to teach himself to do many simple tasks that are often taught by fathers: changing a tire, shaving without nicks, and knotting a necktie perfectly.

Now he’s teaching others who need similar “dadvice,” with a YouTube channel called “Dad, How Do I?” that has garnered more than 2 million subscribers in less than two months.

Kenney, a salesman for an office-supply company in Seattle, posted the first video April 2 at the urging of his family. He films the tutorials by himself, using his phone. Topics so far include how to repair toilets, check air pressure in a car tire, install a shelf and unclog a drain.

Kenney told the Deseret News he was unprepared for the response, thinking that maybe 20 or 30 people would view the tutorials. “Man, I wish I had removed my prescription bottle in the background” of an early video, he said.

A self-described introvert, he has been overwhelmed, especially by the comments on YouTube and Facebook. “It’s like I glimpse the experience of having a dad,” one viewer wrote. Another wrote, “I do have a dad, but he doesn’t like to talk to me, so this is really sweet.”

Kenney has also been lauded for his “wholesome” and encouraging content. His fatherly advice, punctuated with the occasional corny “dad joke,” includes the acronym SELF, which stands for serve, exercise and eat right, learn and forgive.

Forgiveness is important to him because it’s something he had to learn how to do.

Kenney, who will turn 56 on May 30, was one of eight children born to a couple who acrimoniously divorced. His father got custody of the children but when Kenney was 14, he told his children he was through with parenting. Kenney’s oldest brother, who was 23 at the time, took Kenney in; an older sister took the youngest child.

Kenney went on to get married and have two children of his own with his wife of 29 years, Annelli. He began his career working for Boeing, like his father did, but has worked for Complete Office near Seattle for 11 years. He says his No. 1 goal has been to raise his son and daughter, now 25 and 27, to be “good adults” as opposed to good children.

Along the way, Kenney also became a devout Christian, which helped him to forgive his father before he died in 2015. “God has forgiven me so much; how can I hold anything against my dad?” he said.

Now struggling to get used to the idea that he is becoming “the internet’s dad,” Kenney says he will post a new video, either instructional or inspirational, every Thursday. He’s also started a new feature called “Tool Tuesday” that is a primer on how to use basic tools. (Pliers came first.)

He is also trying to craft a mission statement with the help of his wife. Businesses have already come calling, including Lowe’s, which is interested in a partnership. He said he’s open to making money from his sudden fame and platform if he can use it to help others, but he wants to remain true to his values and faith.

“God is calling me to love people,” he said.

“It’s a little emotionally overwhelming for me to read the comments. I’m not God. I can’t help all these people. But he can. And that’s what I’m hoping to do, in a small way, share God’s love with people.”

Meanwhile, this didn’t take long: There’s now a “Mom, How Do I?” channel on YouTube, too, teaching people how to sew on a button and fold fitted sheets.