The coronavirus pandemic has changed everything, and that includes how we’re all celebrating Pride in 2020.

With huge public gatherings out of the question, we’re asking a range of LGBTQ celebrities and allies for their personal Pride anthems, to help us all get into the Pride spirit from lockdown.

At some point in the last three years, you’ve definitely bopped to one of Tayla Parx’s hits, even without realising it. 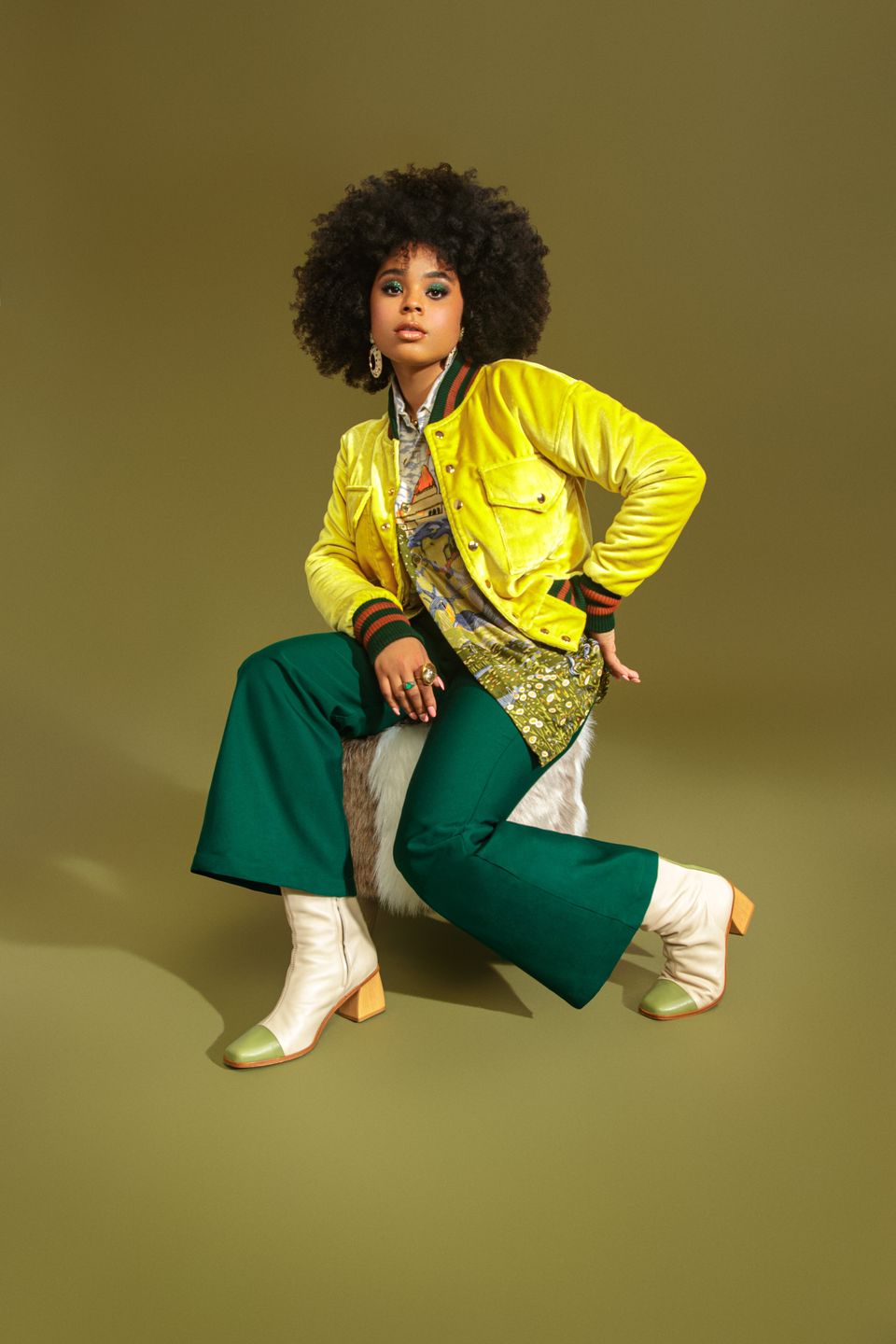 In addition to her own music career (and seriously, pop fans should familiarise yourself with her solo songs now, if you aren’t already acquainted with her output), Tayla has penned huge tunes for music icons like Christina Aguilera, Janelle Monáe and, most notably, Ariana Grande, co-writing number one hits like 7 Rings and Thank U, Next.

As part of our My Pride Anthems series, Tayla told us about some of her favourite Pride bangers, including tunes from Lizzo and Frank Ocean...

“I think that we’ve all had that moment, right? Whether it’s unrequited love or whether it’s an ex. Truth Hurts is such an empowering song, and I think that growing up queer and Black… we need to hear these types of songs, and I love that there are more artists, including some of the others that I’m going to name, [that are doing that].

This was a big song lyrically for me, like, I had just gone through a break-up, if you will, and I needed to hear that. And Lizzo is a homie, too. I just really respect what she does, and her craft. And so, when we went on tour together, it was the absolutely perfect combination, because we both sing about similar things in regards to loving yourself and being who you are. Those things are prevalent throughout both of our music.”

“I love this song, line for line. Frank starts off the song like ‘my guy pretty like a girl and he got five stories to tell’, and that was something that I could relate to, when I’m dating guys, that makes sense. When I’m dating girls, on the other hand, [I relate to] when he says ‘I see both sides like Chanel’.

“I loved that he was explaining different gender norms and saying, you know, he was exploring outside of himself, but also in his partners. The fact he was saying ‘I’m down to explore and to break these different gender norms’. I love Frank Ocean as an artist, I respect anybody who is able to put big concepts into a package of incredible music. The fact that you can take a serious topic like that, and still make it feel really good and relatable to a generation, that’s just powerful in itself, it’s incredible writing. And I think a massive reason why it reaches us is because of the fact it’s done so effortlessly.”

“This is another artist that does exactly what Frank Ocean does, and they touch on a lot of serious topics. This song explores the boundaries within a relationship and how sometimes, one person has to lose out in the end, if you end up breaking up. And it was always just important for me to not limit my ideas of love to society’s ideas as to what’s acceptable and what’s quote-unquote ‘normal’, and in this song, he talks about that. This song is from 2015 and I still listen to it at least once a week.”

Tyler, The Creator – Where This Flower Blooms

“To be able to hear it in such a fresh way, and from a fresh perspective… I just kind of played that album on loop, because I was also hearing a story that wasn’t necessarily my own, but it was so cool, the way that he was able to put it into music. Whether you’re a girl or a boy, however, you identify, whether you’re them or they, you can understand what that emotion is that he’s singing about, and I love that, I love when any artist can do that.

“I think the whole project stands out, it’s the storyline [of the entire album] that really, really drew me in. But if I have to choose just one song… let’s do Where The Flower Blooms.”

“I knew Steve Lacy first as an instrumentalist, with The Internet, and it’s funny, because most of the artists I’ve chosen have been in each other’s career, in some way, they all come from that Tyler, The Creator, Frank Ocean world, because they grew up together. But they do completely different types of music, which is a fun experience, just as a listener.

“Steve Lacy did this record with Vampire Weekend, and I love it. When I was on tour with Anderson .Paak, I was just playing it every day, and I literally went around to each member of the band, and I was like ‘can you please teach me your part of Sunflower?’. So I went to the guitarist, and then Anderson taught me the drum pattern – which was so hard, by the way – and then the same thing with the pianist, everything. And they loved the song, too, so that was the first time that I was ever, like, ‘I need to learn how to play this on almost every instrument’.”

We’ll be adding each celebrity’s song choices to our bumper My Pride Anthems playlist each day. Take a listen below: