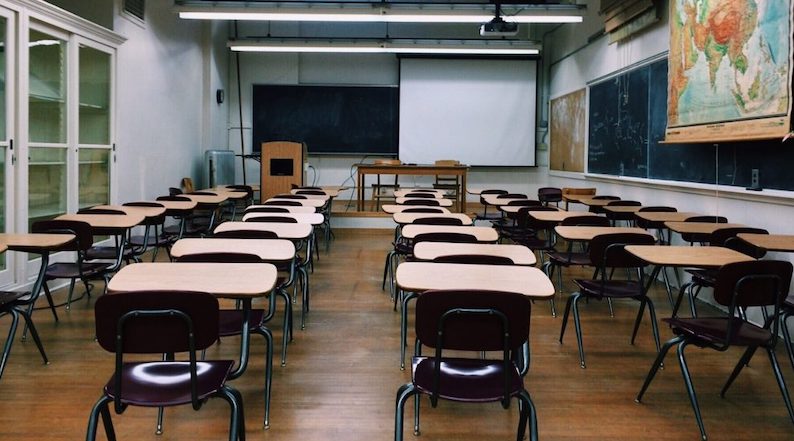 After being released from his first two teaching positions, Matt Carton changed careers. He worked in San Francisco’s financial district for five years, but felt something missing. In 2002, Berkeley High School was desperate for an English teacher to tackle four sections of freshmen. Carton was 37 and about to become a father, so he applied for the position. “When I came in for my interview at Berkeley High,” Carton tells me, “I was asked what my goal was.” His answer: “I just want to find the humanity of my students.”

That’s a common refrain among dedicated teachers that I encounter: a sense of vocation. However fraught the idea has become—teacher dedication is sometimes paradoxically used to devalue the financial worth of teachers—vocation is a powerful, kenotic concept in education. All of us in the classroom soon realize that love for our students can create wondrous changes, and break through the cynicism that pervades our education system and wider world.

Like other devoted teachers, Carton was formed by educators. As a self-described “cocky junior” at San Francisco State University, he learned the hard way that he “was a lousy writer.” Carton asked his professor, the poet Peter Weltner, why he was regularly getting Cs. His professor told him he had “no substance or style.” Carton needed to hear that criticism, and changed his ways. Now, “I have done everything I can to make sure that my students don’t feel that sense of devastation when they are in college. I want them to write, I want them to think, I want them to see.”

I appreciate that language. I am grateful for the tremendous depth and latitude we have as teachers of English. We teach stories, myths, fears, dreams, histories, paradoxes, and truths. Carton is exactly right: we teach kids to see the world with more sensitivity and engagement. It doesn’t always work. Maybe that’s why we keep trying.

Eighteen years later, Carton has now taught every grade of English at Berkeley. One way he helps kids to see the world anew—and write about it—is through music. One song, “West End Blues” by Louis Armstrong and his Hot Five, helps students rethink how to write essays. The song “has six distinct sections in its three minutes,” Carton says. “Armstrong announces who he is in the opening notes. Though I hate the term hook, that is what he does. He hooks me into the story he and his Hot Fives will tell me. Each section, to me, represents a way you can move forward with an essay. He lets the melody establish itself; he allows for improvisation; he lets Earl Hines serve as a counterpoint; then he comes back with the incredible long note where he proves his point.”

What might initially sound abstract as a plan comes alive when kids hear the music, and Carton says “it helps me get the students out of the five-paragraph rut. It shows them that if they have a structure they can offer a clear argument or discussion that isn’t simply rote.” He wants his students “to color in their prose. Not to make it floofy, but to make it theirs.” Music is great for this; it’s a medium that kids live and breathe, so work off their radar can capture them, and help them see a new way. Carton plays “Solitude” and “Money Jungle” by Duke Ellington, or “Better Git Hit in Your Soul” by Charles Mingus and Bill Frisell’s “Cadillac 1959,” and asks kids to describe what they hear—the structure.

Structure is essential for teaching kids how to write—and how to write better. Structure begins as a vessel for thought, but can become generative: how kids can begin to play with forms. Kids know the structure of music because songs quite literally move them, and it’s illuminating to hear Carton’s method of getting kids to see through hearing.

Structure begins as a vessel for thought, but can become generative: how kids can begin to play with forms.

He praises the book Making Things Visible by Ron Ritchhart, Mark Church, and Karin Morrison for providing him with “four essential questions” to ask his students about any text: “What is the story? What is the other story? How do you know the story? Where is the power in the story?” It’s a simple and profound approach that values the spirit of encountering and seeing art. Whether Carton is teaching the book of Genesis in his Bible as Literature courses, or teaching Things Fall Apart, Macbeth, Invisible Man, or Their Eyes Were Watching God, he wants kids “to use these texts to learn rather than to get something done.” In the words of Akira Kurosawa, he wants them to “find meaning between things.”

This means teachers have to continually learn and grow themselves. Carton says “this is not a job to apply theoretical constructs. . . You can have the greatest theories in the world. If they do not work in practice, then you have to teach yourself to turn on a dime and work towards the best interests of the students. You always have the next day to improve.” He reminds teachers that this all takes time; “the first few years you need to understand that you are developing a craft. It is not easy.” His work with student teachers comes down to the importance of pacing themselves, and reminds him of the struggles of his own early years. “My first two jobs found me in toxic situations. If you are in one, and you don’t have tenure, get out. Find a new school. And find master teachers who will advocate for you, who will have your back. Sit in on their classes. See where they succeed and where they need to improve.” In the end, it will all help the ones who matter most: the kids.

We both feel for those kids right now—away from their friends, teachers, and other elements of school that offer structure. Carton’s own daughter is a senior at Berkeley, so he’s experiencing remote education as a teacher and as a parent. He knows “how sad and angry” kids are—but “what I hope they don’t fall into is despair.” No easy task for any of us, but good teachers can offer kids comfort and support, even from a distance.