Long before he gained television fame with the Spike TV series Ink Master, Oliver Peck was a legitimate master of tattooing.

Peck is a renowned tattoo artist specializing in American Traditional tattoo work, travelling the US and around the world to perfect his craft before his transition to television personality.

“His precise and traditional tattooing style making him one of the best and well-known ‘old school’ American style artists,” according to the website of Elm Street Tattoo Shop, the shop he co-owns in Deep Ellum, Dallas.

Read on to learn more about Peck’s life as a professional tattoo artist, and his commitment to badass ink tradition.

A Dallas native, Peck learnt the basics by tattooing his friends with old school stick and poke tattoos, then moved to tattoo equipment he scavenged and re-built.

His development as an artist accelerated after purchasing his first tattoo kit, exchanging the ink he created for the chance to buy a legitimate machine.

Peck got his start as professional tattoo artist at age 19, and never looked back. Even at the start of his career, Oliver Peck tattoos were focused purely on American traditional style tattoo art.  Peck was a person instrumental in bringing the idea of Friday the 13th flash tattoo art to the masses.

He paid his dues with the time honored, old school way of tradition, putting in long hours at the tattoo parlor, working guest spots across the US, local and international tattoo conventions, and travelling expansively to perfect his craft as a traditional american tattoo artist.

The long hours paid off. Peck become recognized as a master of the art, his appointment book was always full, and even celebrity tattoos were a part of his portfolio.

As an Ink Master Judge Oliver Peck was almost revered by the contestants. He’s long been considered one of American traditional style’s leading artists.

Old school ink designs feature a limited but solid color palette – generally black, green, yellow, and red – bold use of thick ink linework and simple design. Even with the advancements in tattoo guns and needles, traditional application is a bold, recognizable form off tattoo art.

Some artists and their clientele look to traditional ink for nostalgia. Peck is one such artist, citing legendary tattoo master Norman ‘Sailor Jerry’ Collins as his greatest tattoo influence. He was a huge fan of Sailor Jerry.

“My specialty is exactly what Norman Collins did himself,” Peck told the OC Weekly in 2017. “The style that I’ve done over my career is directly based on the foundations he laid down, so I kept my designs really true to the traditional Americana style and Sailor Jerry’s tattoo imagery.”

Peck once held a place in the Guinness Book of World Records. To get his world record, in 2008 Peck completed 415 tattoos of the number 13 in a consecutive 24-hour period. His Guinness Book record was quickly broken by an artist named Hollis Cantrell from Arizona who tattooed the letters AZ 808 times in 24 hours.

Peck got his first taste of television when appearing briefly on then wife Kat Von D’s reality show Miami Ink, His renown as an artist and stature within the industry saw him tapped to judge Spike TV’s Ink Master when it launched in 2012 alongside former Miami star Chris Nunez and musician Dave Navarro.

Ink Master is a reality competition series that features tattoo artists who compete in various challenges assessing specific tattoo and related artistic skills. At least one contestant is eliminated each episode, until the last contestant standing each season receives a $100,000 prize, title of Ink Master, and a featured story in Inked Magazine.

“I didn’t think about making it mainstream or making it accepted,” Peck says in the OC Weekly interview. “I just did it because I liked it, and the people I was influenced by didn’t really care what the world thought.

“Some tattooers nowadays shun away from the popularity, but I embrace it. It’s something that I love, and I think it’s awesome that more people like it now. I love the culture of tattooing and where we came from, but I also embrace the future of tattooing.”

The enduring popularity of Ink Master, Miami Ink, and LA Ink has seen other reality television shows gain traction, including extreme tattoo ventures such as How Far is Tattoo Far, and Just the Tattoo of Us.

After thirteen seasons as an Ink Master judge Oliver Peck left the show the abruptly when old photo of him wearing blackface, afro wig, and racist superhero costume turned up on the internet.

“The producers and I have decided it’s best to part ways,” Peck said in a January statement. “The offensive photos of me which recently surfaced from many years ago can only be a distraction to the amazing show I have loved being a part of and its many talented artists.”

Peck had been with the reality competition series since it began in 2012, along with musician Dave Navarro and fellow tattoo artist Chris Nunez.

“I want to profusely apologize for my completely inappropriate, insensitive, and immature behavior. I look at those photos and it’s hard for me to believe that I could have been so clueless, insensitive and dumb. I hope that I’ve matured a great deal since then and I’m deeply sorry for everyone I’ve offended.

I was 100% wrong to depict myself this way and I take full responsibility for my immature, misguided perspective, total lapse of judgment and sensitivity.”

A replacement on Ink Master for Peck hasn’t been chosen.

Since his split from Ink Master, Peck will likely move back to doing full time tattooing. He currently does guest spots at the Elm Street Tattoo Studio he co-owns owns in Dallas suburb Deep Ellum. Peck is also owner of True Tattoo in Hollywood. 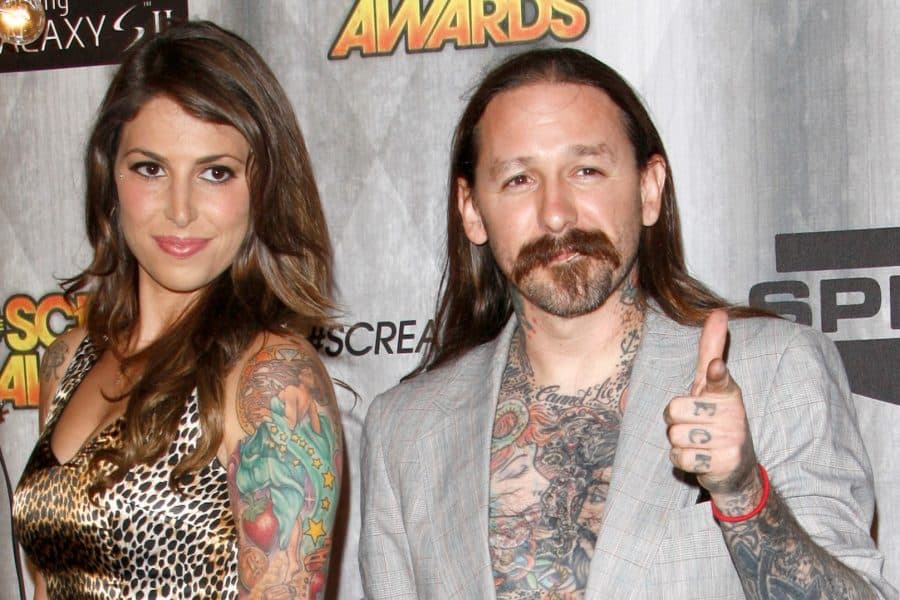 What type of tattoos does Oliver Peck do?

Peck and Kat Von D were married from 2003 – 2007. Peck’s first appearance as a tv personality was popping in to the tattoo shop on an Episode of Miami Ink, the show that helped launch Kat Von D to international stardom.

Peck left Ink Master abruptly when old photos of him wearing blackface, and afro wig, and racist superhero costume turned up on the internet.

Oliver Peck still works doing traditional tattoos. Since his split from Ink Master, he’ll likely move back to doing full time tattooing. Peck does guest spots at the Elm Street Tattoo Studio he part owns in Deep Ellum, Texas. He is also the owner of True Tattoo in Hollywood.