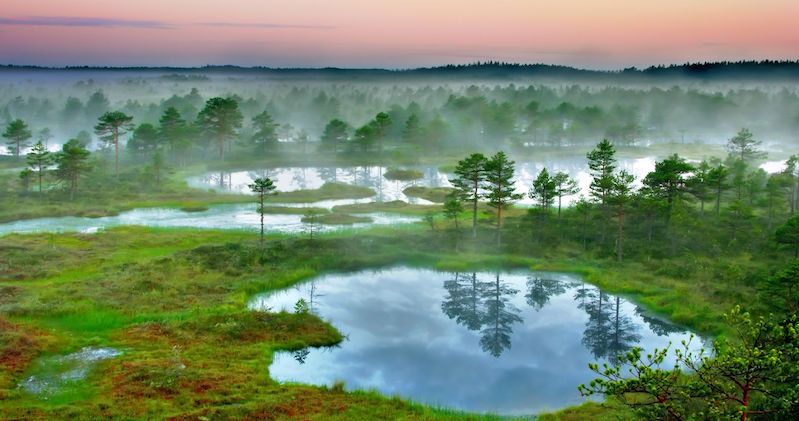 “I Sit By the Window”
for Lev Loseff

I said fate plays a game without a score,
and who needs fish if you’ve got caviar?
The triumph of the Gothic style would come to pass
and turn you on—no need for coke, or grass.

I sit by the window. Outside, an aspen.
When I loved, I loved deeply. It wasn’t often.

I said the forest’s only part of a tree.
Who needs the whole girl if you’ve got her knee?
Sick of the dust raised by the modern era,
the Russian eye would rest on an Estonian spire.

I sit by the window. The dishes are done.
I was happy here. But I won’t be again.

I wrote: The bulb looks at the floor in fear,
and love, as an act, lacks a verb; the zer-
o Euclid thought the vanishing point became
wasn’t math—it was the nothingness of Time.

I sit by the window. And while I sit
my youth comes back. Sometimes I’d smile. Or spit.

I said that the leaf may destroy the bud;
what’s fertile falls in fallow soil—a dud;
that on the flat field, the unshadowed plain
nature spills the seeds of trees in vain.

I sit by the window. Hands lock my knees.
My heavy shadow’s my squat company.

My song was out of tune, my voice was cracked,
but at least no chorus can ever sing it back.
That talk like this reaps no reward bewilders
no one—no one’s legs rest on my shoulders.

I sit by the window in the dark. Like an express,
the waves behind the wavelike curtain crash.

A loyal subject of these second-rate years,
I proudly admit that my finest ideas
are second-rate, and may the future take them
as trophies of my struggle against suffocation.

I sit in the dark. And it would be hard to figure out
which is worse: the dark inside, or the darkness out.

“A Part of Speech”

I was born and grew up in the Baltic marshland
by zincgray breakers that always marched on
in twos. Hence all rhymes, hence that wan flat voice
that ripples between them like hair still moist,
if it ripples at all. Propped on a pallid elbow,
the helix picks out of them no sea rumble
but a clap of canvas, of shutters, of hands, a kettle
on the burner, boiling—lastly, the seagull’s metal
cry. What keeps hearts from falseness in this flat region
is that there is nowhere to hide and plenty of room for vision.
Only sound needs echo and dreads its lack.
A glance is accustomed to no glance back.

The North buckles metal, glass it won’t harm;
teaches the throat to say, “Let me in.”
I was raised by the cold that, to warm my palm,
gathered my fingers around a pen.

Freezing, I see the red sun that sets
behind oceans, and there is no soul
in sight. Either my heel slips on ice, or the globe itself
arches sharply under my sole.

And in my throat, where a boring tale
or tea, or laughter should be the norm,
snow grows all the louder and “Farewell!”
darkens like Scott wrapped in a polar storm.

From nowhere with love the enth of Marchember sir
sweetie respected darling but in the end
it’s irrelevant who for memory won’t restore
features not yours and no one’s devoted friend
greets you from this fifth last part of earth
resting on whalelike backs of cowherding boys
I loved you better than angels and Him Himself
and am farther off due to that from you than I am from both
of them now late at night in the sleeping vale
in the little township up to its doorknobs in
snow writhing upon the stale
sheets for the whole matter’s skin-
deep I’m howling “youuu” through my pillow dike
many seas away that are milling nearer
with my limbs in the dark playing your double like an
insanity-stricken mirror.

A list of some observations. In a corner, it’s warm.
A glance leaves an imprint on anything it’s dwelt on.
Water is glass’s most public form.
Man is more frightening than his skeleton.
A nowhere winter evening with wine. A black
porch resists an osier’s stiff assaults.
Fixed on an elbow, the body bulks
like a glacier’s debris, a moraine of sorts.
A millennium hence, they’ll no doubt expose
a fossil bivalve propped behind this gauze
cloth, with the print of lips under the print of fringe,
mumbling “Good night” to a window hinge.

I recognize this wind battering the limp grass
that submits to it as they did to the Tartar mass.
I recognize this leaf splayed in the roadside mud
like a prince empurpled in his own blood.
Fanning wet arrows that blow aslant
the cheek of a wooden hut in another land,
autumn tells, like geese by their flying call,
a tear by its face. And as I roll
my eyes to the ceiling, I chant herein
not the lay of that eager man’s campaign
but utter your Kazakh name which till now was stored
in my throat as a password into the Horde.

A navy-blue dawn in a frosted pane
recalls yellow streetlamps in the snowpiled lane,
icy pathways, crossroads, drifts on either hand,
a jostling cloakroom in Europe’s eastern end.
“Hannibal . . .” drones on there, a wornout motor,
parallel bars in the gym reek with armpit odor;
as for that scary blackboard you failed to see through,
it has stayed just as black. And its reverse side, too.
Silvery hoarfrost has transformed the rattling bell
into crystal. As regards all that parallel-
line stuff, it’s turned out true and bone-clad, indeed.
Don’t want to get up now. And never did.

You’ve forgotten that village lost in the rows and rows
of swamp in a pinewooded territory where no scarecrows
ever stand in orchards: the crops aren’t worth it,
and the roads are also just ditches and brushwood surface.
Old Nastasia is dead, I take it, and Pesterev, too, for sure,
and if not, he’s sitting drunk in the cellar or
is making something out of the headboard of our bed:
a wicket gate, say, or some kind of shed.
And in winter they’re chopping wood, and turnips is all they live on,
and a star blinks from all the smoke in the frosty heaven,
and no bride in chintz at the window, but dust’s gray craft,
plus the emptiness where once we loved.

In the little town out of which death sprawled over the classroom
map the cobblestones shine like scales that coat a carp,
on the secular chestnut tree melting candles hang,
and a cast-iron lion pines for a good harangue.
Through the much-laundered, pale window gauze
woundlike carnations and kirchen needles ooze;
a tram rattles far off, as in days of yore,
but no one gets off at the stadium anymore.
The real end of the war is a sweet blonde’s frock
across a Viennese armchair’s fragile back
while the humming winged silver bullets fly,
taking lives southward, in mid-July.

As for the stars, they are always on.
That is, one appears, then others adorn the inklike
sphere. That’s the best way from there to look upon
here: well after hours, blinking.
The sky looks better when they are off.
Though, with them, the conquest of space is quicker.
Provided you haven’t got to move
from the bare veranda and squeaking rocker.
As one spacecraft pilot has said, his face
half sunk in the shadow, it seems there is
no life anywhere, and a thoughtful gaze
can be rested on none of these.

Near the ocean, by candlelight. Scattered farms,
fields overrun with sorrel, lucerne, and clover.
Toward nightfall, the body, like Shiva, grows extra arms
reaching out yearningly to a lover.
A mouse rustles through grass. An owl drops down.
Suddenly creaking rafters expand a second.
One sleeps more soundly in a wooden town,
since you dream these days only of things that happened.
There’s a smell of fresh fish. An armchair’s profile
is glued to the wall. The gauze is too limp to bulk at
the slightest breeze. And a ray of the moon, meanwhile,
draws up the tide like a slipping blanket.

The Laocoön of a tree, casting the mountain weight
off his shoulders, wraps them in an immense
cloud. From a promontory, wind gushes in. A voice
pitches high, keeping words on a string of sense.
Rain surges down; its ropes twisted into lumps,
lash, like the bather’s shoulders, the naked backs of these
hills. The Medhibernian Sea stirs round colonnaded stumps
like a salt tongue behind broken teeth.
The heart, however grown savage, still beats for two.
Every good boy deserves fingers to indicate
that beyond today there is always a static to-
morrow, like a subject’s shadowy predicate.

If anything’s to be praised, it’s most likely how
the west wind becomes the east wind, when a frozen bough
sways leftward, voicing its creaking protests,
and your cough flies across the Great Plains to Dakota’s forests.
At noon, shouldering a shotgun, fire at what may well
be a rabbit in snowfields, so that a shell
widens the breach between the pen that puts up these limping
awkward lines and the creature leaving
real tracks in the white. On occasion the head combines
its existence with that of a hand, not to fetch more lines
but to cup an ear under the pouring slur
of their common voice. Like a new centaur.

There is always a possibility left—to let
yourself out to the street whose brown length
will soothe the eye with doorways, the slender forking
of willows, the patchwork puddles, with simply walking.
The hair on my gourd is stirred by a breeze
and the street, in distance, tapering to a V, is
like a face to a chin; and a barking puppy
flies out of a gateway like crumpled paper.
A street. Some houses, let’s say,
are better than others. To take one item,
some have richer windows. What’s more, if you go insane,
it won’t happen, at least, inside them.

. . . and when “the future” is uttered, swarms of mice
rush out of the Russian language and gnaw a piece
of ripened memory which is twice
as hole-ridden as real cheese.
After all these years it hardly matters who
or what stands in the corner, hidden by heavy drapes,
and your mind resounds not with a seraphic “do,”
only their rustle. Life, that no one dares
to appraise, like that gift horse’s mouth,
bares its teeth in a grin at each
encounter. What gets left of a man amounts
to a part. To his spoken part. To a part of speech.

Not that I am losing my grip: I am just tired of summer.
You reach for a shirt in a drawer and the day is wasted.
If only winter were here for snow to smother
all these streets, these humans; but first, the blasted
green. I would sleep in my clothes or just pluck a borrowed
book, while what’s left of the year’s slack rhythm,
like a dog abandoning its blind owner,
crosses the road at the usual zebra. Freedom
is when you forget the spelling of the tyrant’s name
and your mouth’s saliva is sweeter than Persian pie,
and though your brain is wrung tight as the horn of a ram
nothing drops from your paleblue eye.

Translated by Daniel Weissbort and the author 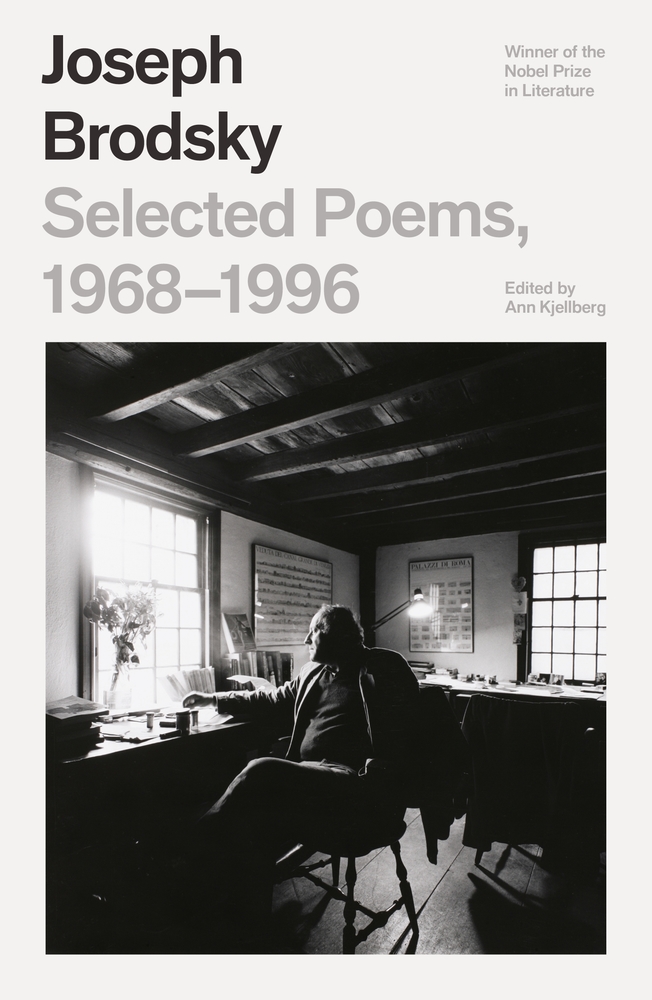