Appreciate the Moment – The Present Is a Gift 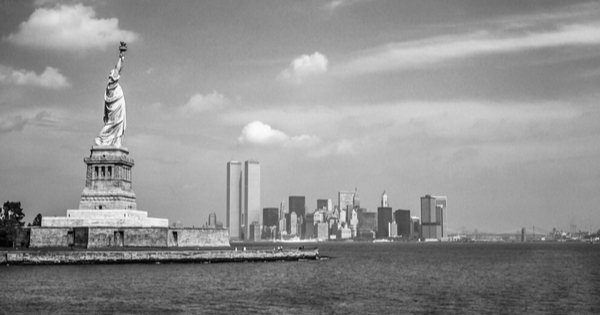 How could I expect more from the Universe when I didn’t appreciate what I already had?

Around four o’clock, we head out onto the Vegas strip again, starting at the hotel modeled after Venice. Hand in hand, we strolled across the bridge. Beneath us, a mock gondolier in a red scarf and striped shirt sang in Italian as he paddled a replica gondola through replica canal waters.

My husband, John, stopped on the bridge and put his hand on my shoulder. We stood like this a moment, looking out over the canal. I closed my eyes and listened to the music.

Then I turned to John and said, “As lovely as all this is, it still seems a bit…fake.”

He looked at me but said nothing.

“But this Venice,” I added, “is far cleaner and safer than the real place.”

I pointed to the canal. “Yeah, but look at the water. There’s not one piece of garbage floating in there and it doesn’t smell like crap.”

“And the problem is…”

“But what about people who haven’t been to the real place?” I said. “They’ll totally get the wrong idea. This is beautiful but it isn’t…authentic.”

We continued walking towards the hotel foyer and as we got closer, we saw a group of elderly tourists, staring—heads back, mouths open—at the ceiling. We followed their gaze and there, on the dome-shaped ceiling, was a magnificent painting.

“Real enough for ya, snotty-pants?”

I gave John a mock punch on the shoulder.

“You saw the Sistine Chapel right?” he asked, as we walked out the hotel doors.

“That was amazing too, I bet.”

“It really was,” I said. “I mean, despite the fact that I was only twenty-one at the time and more interested in where my next beer was coming from.”

He stopped walking and looked at me. “So you were in the real Rome, seeing real art and yet you didn’t appreciate it?”

We continued along the strip…past a two-block long artificial lake with dancing fountains, past a half-size Eiffel Tower, past a brightly-lit castle.

“There’s so much of the world to see,” said John.

“You’re fortunate to have seen and experienced what you have.”

“I realize that,” I replied.

“Most people are lucky if they make it to Vegas in their lifetime,” he continued, “never mind visiting the actual destinations these hotels were inspired by.”

Half a block from the New York City skyline, I snapped a photo of John with the replica Empire State Building in the background. A little further along, we stopped beneath a smaller-scale Statue of Liberty.

I turned to him. “I still can’t wait for us to go the real place.”

John gave me the look—the one that meant ‘that’s enough.’

Inside, we strolled along the replicated streets of Manhattan, past steam rising from pretend manhole covers, to a bar where a crowd of people had gathered. Since John was over six feet, he could see over most of the heads.

“Oh, you’ll love this,” he said, pulling me to the side for a better view.

There was a guy singing and playing a piano as the patrons gather around, humming along and having a hoot.

“I wonder if this is like a real bar in Greenwich Village,” I heard myself say.

“Regardless, this is pretty cool.” Now there was an edge to John’s voice.

“Don’t you want to go to New York anymore?” I asked.

“Of course, I do,” he said. “But this is great in and of itself. If you can’t appreciate this, then what makes you think you’ll enjoy the real New York?”

“C’mon,” I said. “Lighten up! What would you most want to do in Manhattan?”

He thought a moment. “Well, remember how in the Catcher in the Rye, Holden loved to sit on a park bench in Central Park and watch the ducks in the lagoon?”

I’d smiled at John’s use of a literary reference. He wasn’t much of a reader.

Back on the strip again, he asked if I was ready to go back to our own hotel. I shook my head and suggested we go out check out the pyramid hotel first.

“Are you sure?” he asked. “It’s already a really long walk back…”

He was right. When we do finally begin the trek back to our own hotel, after a loop through the pyramid, our feet were aching and we were both irritable. On the way, we passed dozens of men slapping sleazy photographs of teenage prostitutes and strippers against their thighs.

“There’s some authenticity for you,” John remarked.

Back home in Canada ten days later, I found myself in the ICU holding John’s hand as he succumbed to brain injuries sustained after falling through an unmarked false ceiling because there was no safety railing in place to warn him—or anyone else—of the danger. He was a police officer and had been investigating a break and enter complaint at a warehouse.

With my index finger, I gently traced the three little moles, all in a row, on his forearm. I held his hand and whispered in his ear, comforting him as best I could as his body shut down. It was in the operating room, where they were to remove his heart for transplant, that I bid John farewell.

Then I am taken home to begin my new life as a thirty-two-year-old widow.

“Police officers are true givers,” said his Chief during the eulogy. “They give of themselves on the job and off, and sometimes they give their lives to protect the lives and property of others.”

One year later, I make it to New York. Alone.

“You’re going to the war-torn streets of Manhattan,” the U.S. customs officer clarifies, “for a holiday?”

I nod. “I planned this trip before the World Trade Centre, er, fell.”

“That was only three weeks ago,” he says.

He scrutinizes my passport then hands it back. “Well, have a good trip.”

On my first night, I go to Yankee Stadium where dozens of police officers stand guard outside the building. I buy a Yankees ball cap, hotdog and a beer; then watch the game in a near-empty stadium.

The next morning, I walk from my hotel on Broadway to the financial district in downtown Manhattan. Past the jazz bars of Greenwich Village I stroll. But there are no crowds of cheerful patrons singing. Nor is steam rising from manhole covers. The remains at Ground Zero, however, are still smoldering.

I stop in front of a flower-laden shrine to fallen police officers and firefighters. I bow my head and say a prayer for the dead, as well as a fanciful wish for the loved ones left behind: may their year ahead be less horrific than the past one has been for me.

Walking north now, towards Battery Park, I see a group of Marines armed with machine guns, standing at a checkpoint. One of them stares out across the water. I turn my head to follow his gaze and there, through the barbed-wire fence, I see the real Statue of Liberty for the first time.

I close my eyes and I’m on the bridge again with John at the Venetian hotel in Vegas. I see the gondolier in his cheerful red scarf, singing in Italian as he paddles his gondola through the canal. I smell John’s cologne, now mixed with the scent of smoke and flowers, and feel his hand on my shoulder as we stand together, looking out over the…

I open my eyes and turn around. The Marine who had been staring at the Statue of Liberty now stands behind me. The Empire State Building looms in the background. His hand drops to his side.

“Are you alright?” he asks.

“Then I’m going to have to ask you to head back the way you came,” he says, “because this is a restricted area.”

I nod then begin the long walk back to my hotel, past the thousands of missing persons’ photographs flapping on telephone poles.

The following afternoon, I’m sitting on a park bench in Central Park, watching the ducks in the lagoon, when a teenager sits beside me.

“That was quite something, huh? About those towers?”

He leans toward me. “Have you let Jesus into your heart?”

I turn and look at the ducks. “That’s an interesting question.”

“We’re here to spread the word of God,” he says, patting his bible.

He holds up the bible and waves it at me. “This is the word of God.”

He pats his bible again. “This is the truth. This is the word of God.”

I smile at him. “But you still haven’t told me what that word is.”

He thinks a moment. “Love.”

Clearly unimpressed with me, he stands up and walks off. I wander over to the Zoo and am standing in front of the black bear enclosure, watching an old-timer snoozing in the sun, when an older woman comes up to me.

“He’s not too worried about world events,” she says.

She tells me she’s a zoo volunteer and then fills me in on the bear’s history, personality, and daily habits. I’m inspired by her commitment. This is her tiny corner of the world and, despite all that’s happened, she takes her job seriously.

Next, I visit the New York Public Library bookstore and buy The Metaphysical Club by Louis Menand. I sit on the front steps of the library and flip through the book. A quote catches my eye:

I look up and it hits me: because of my struggles this past year, I am evolving. Right here on the library steps, I feel a faint stirring deep inside, as if the part of myself that fell alongside John is finally trying to get up again.

I stand up, sling my backpack over my shoulder and head over to the Metropolitan Museum of Art where I find myself practically running from exhibit to exhibit…from Greece to China, Mesopotamia to Peru.

In the Natural History Museum, I come across a replica of Lucy—the 3.5 million-year-old hominid—I’d learned about in university. I stare in awe at her through the glass. Then I turn and race to the space exhibit at the other end of the museum, where I’d heard complimentary snacks were being offered. I down a glass of wine and a couple of meatballs then catch the Imax show narrated by Tom Hanks. I gaze up at the night sky replicated on the ceiling of the empty theatre.

When I see the three little stars all in a row of the Orion Belt, I smile.

In the gift store on the way out, I buy a pink dragonfly necklace and matching earrings to symbolize the year of transformation I’ve somehow made it through.

My final evening in New York is spent at a sold-out performance of La Boheme at the Met. But as I listen to the beautiful Italian music, I find myself thinking about the rescue workers still searching for bodies a few blocks away.

“It’s beautiful, isn’t it?” says the man beside me.

I turn to my right and see a guy about my age sitting where John—in an ideal world—should be.

I nod slowly. “Yeah…it really is.”

And then I turn my full attention to the opera because despite all that’s happened and all that still lies ahead, this is the moment I’m in…and I am going to appreciate it.

The post Appreciate the Moment – The Present Is a Gift appeared first on The Good Men Project.