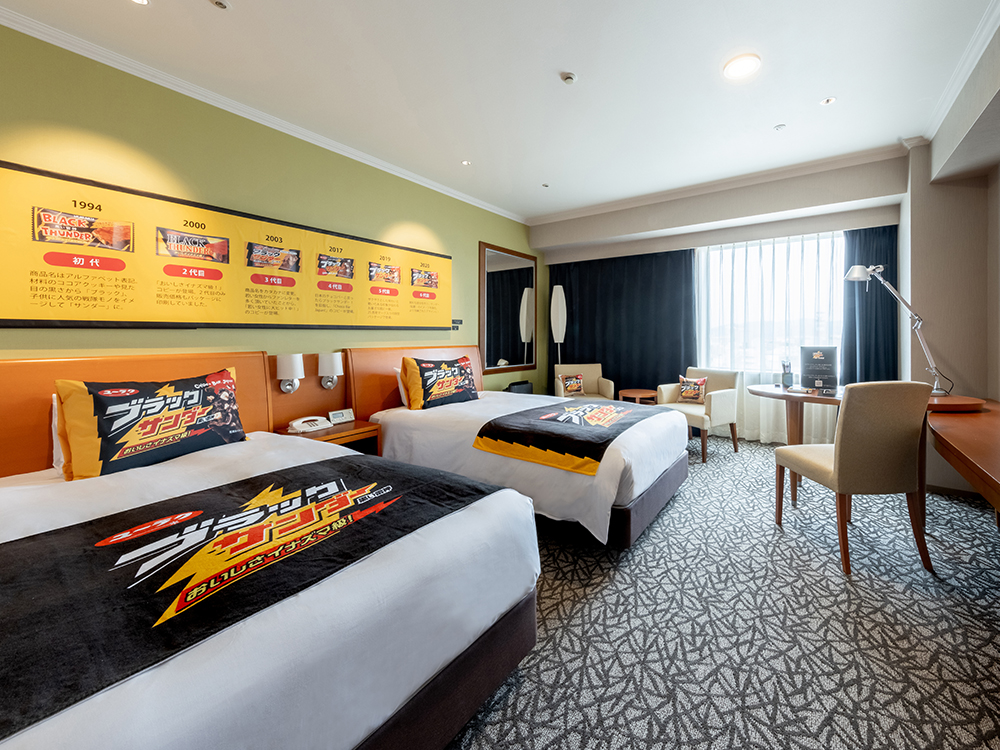 Although it’s home to the oldest known manuscript of the Tale of Genji and hosted the 2017 national Pet Bragging Contest, Toyohashi City in Aichi Prefecture doesn’t quite get the same recognition as other cities in Japan. But candy maker Yuraku Confectionery may finally put it on the map by letting it be known that Toyohashi is the home of Black Thunder.

If you’re not familiar with Black Thunder, then I can’t help but feel bad for you because it’s one of the best chocolate bars around. They’re small but densely packed with different types of chocolate, cookie crunches, and often other theme ingredients like green tea, strawberry, and Kaki no Tane rice crackers. They also have a small price tag to match and it’s not uncommon to find places that sell three or four together for 100 yen (US$0.75).

It’s loved by many and with good reason, and now Toyohashi is the place to be for those who want to spend the night surrounded in all things Black Thunder. From 1 June to 31 August the Black Thunder Room will be offered at Hotel Associa for 22,096 yen ($169) per night for one or two people. 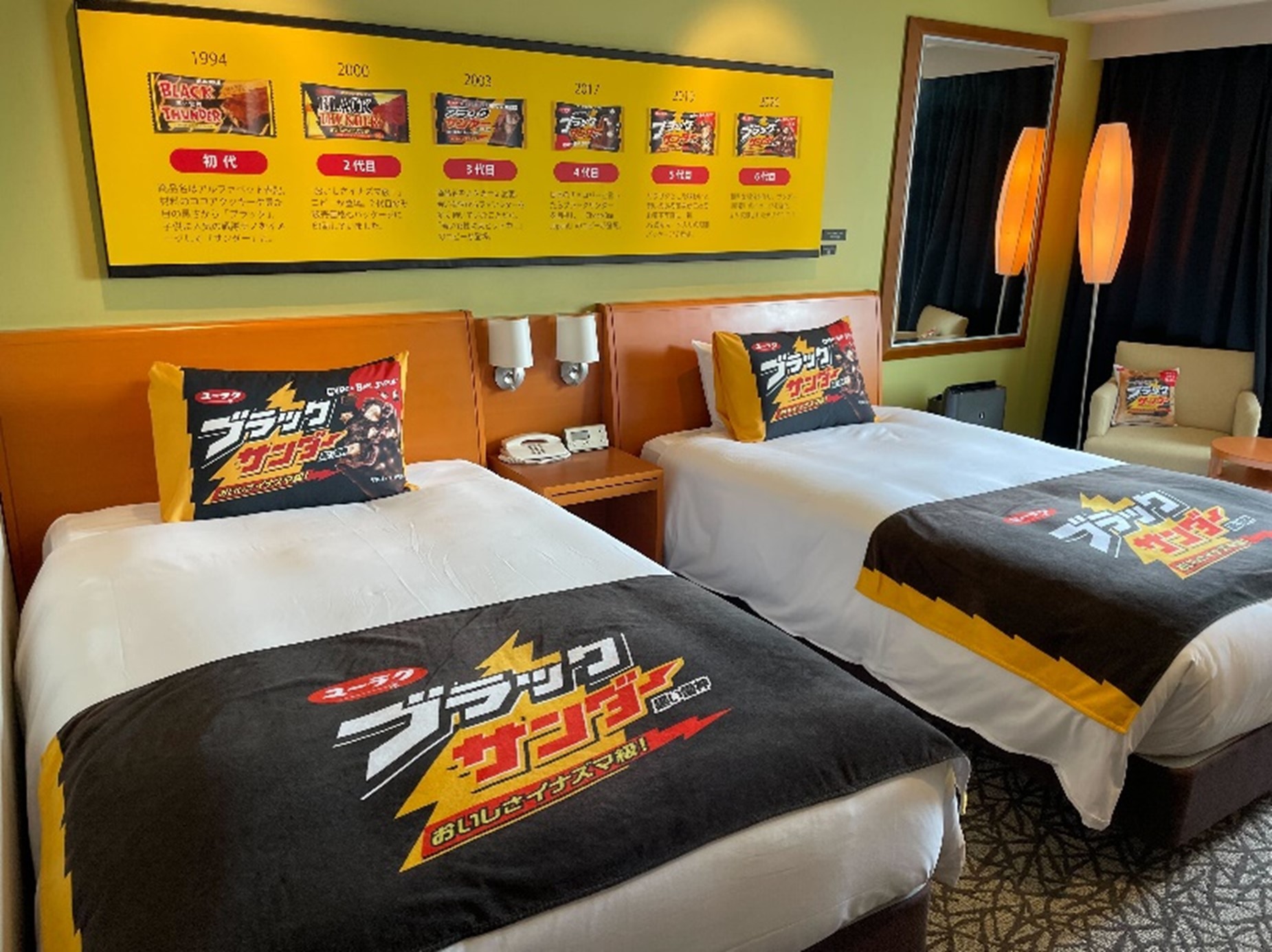 It comes with quite a bit as well. The 30-square-meter (323-square-foot) room is all decked out in Black Thunder-shaped pillows, Black Thunder bedspreads, cushions, mugs, artwork, scarf, notebook for writing your Black Thunder dreams in, a Black Thunder quiz from Yuraku, and hidden Black Thunder marks around the room including one that can only be seen when you turn out the lights. 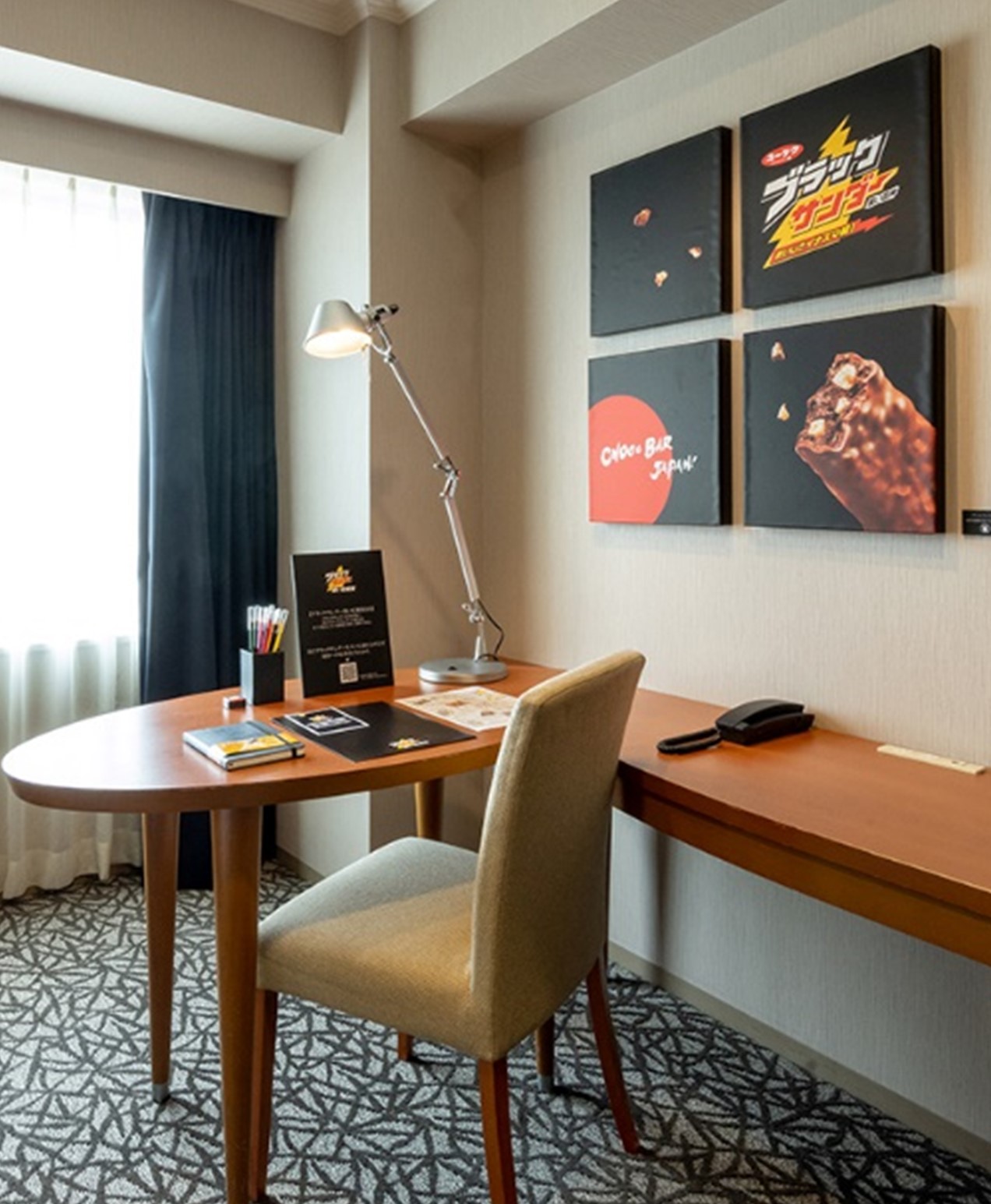 Oh, and of course, you get a Black Thunder key card as well 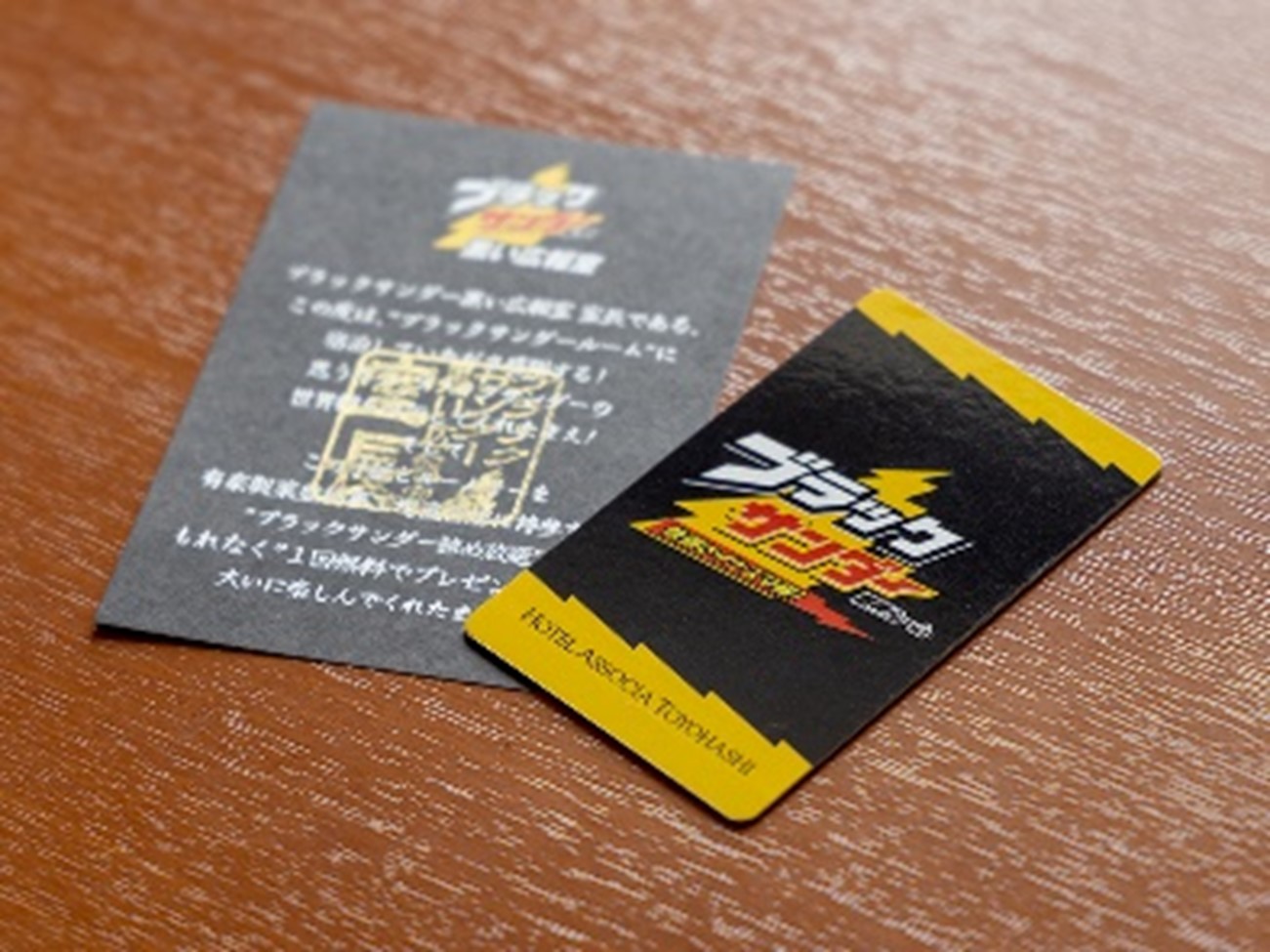 Also, upon checking in guests can take on the Black Thunder Grab as Much as You Can in One Handful challenge and walk away with a bunch of chocolate pulled randomly out of a box, and that’s just the beginning. 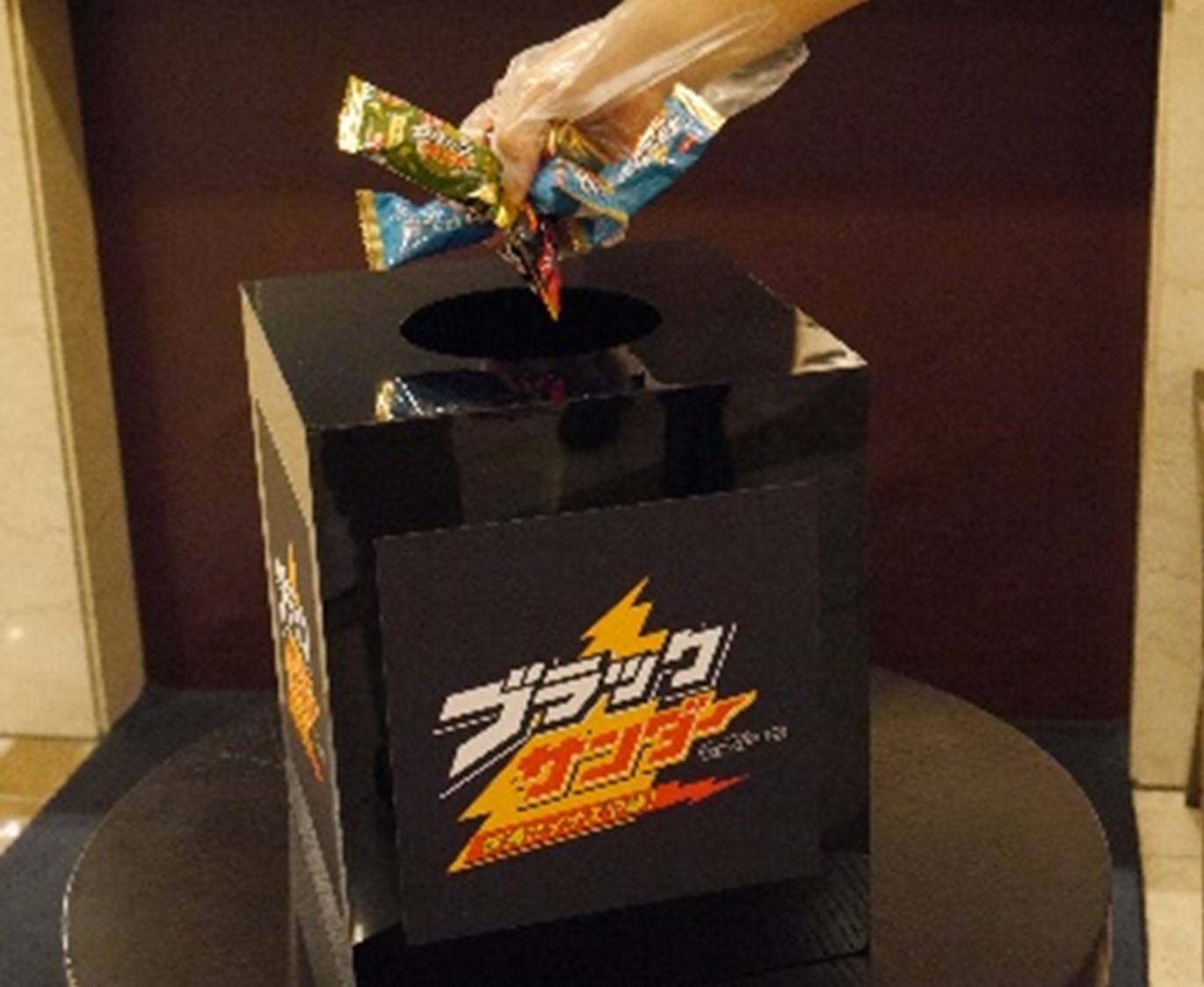 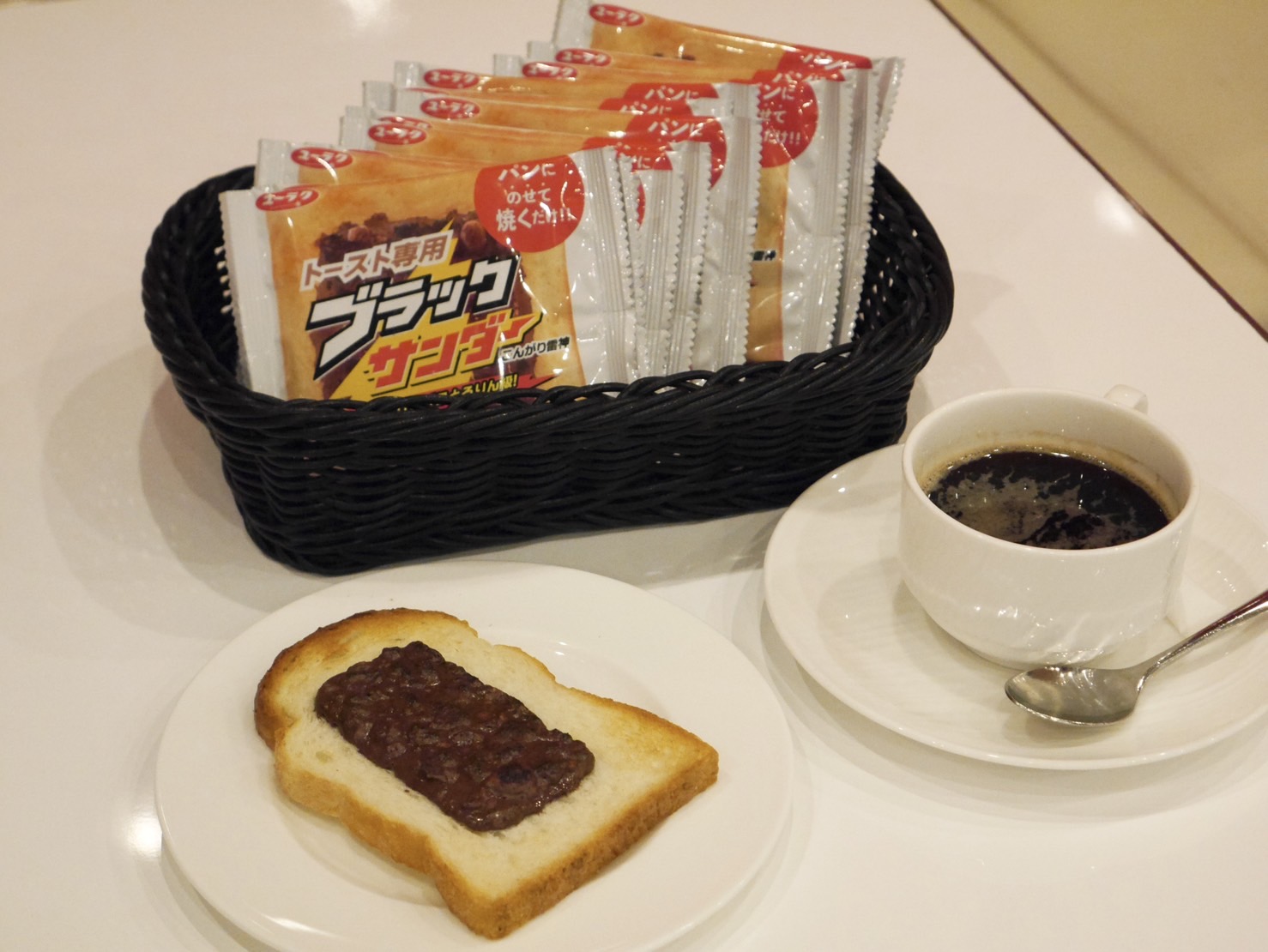 And while in Toyohashi, guests can visit the official Black Thunder Shop and get the privilege of All-You-Can-Stuff Black Thunder in which you get a bag that you’re free to fill as much as possible with Black Thunder. 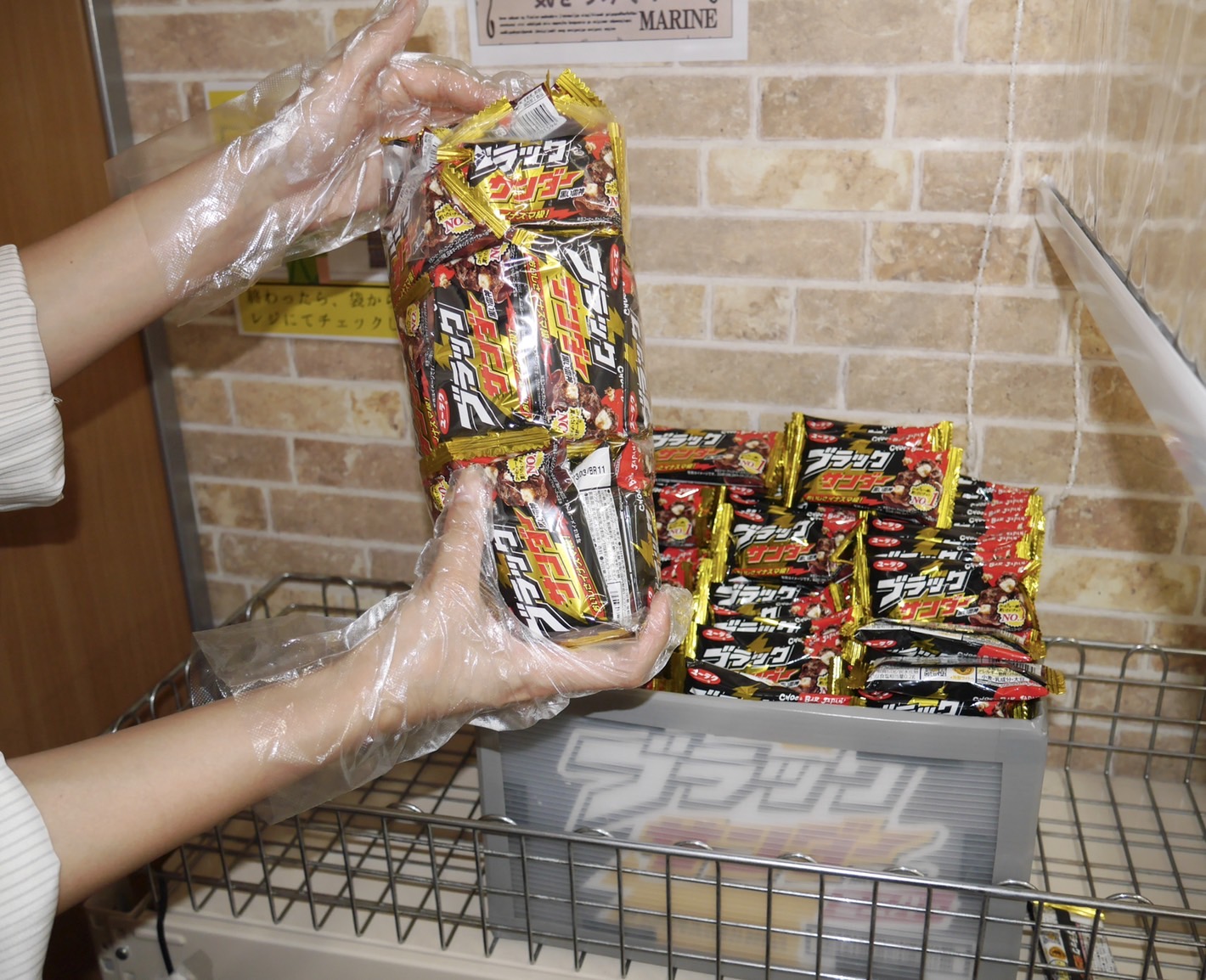 If all that wasn’t enough you’ll also get gift certificates for products sold by partner pastry shops Bon Toraya and Okamedou.

▼ I’m not exactly sure what Okamedo’s Black Thunder Anmaki are, but I know I really want them 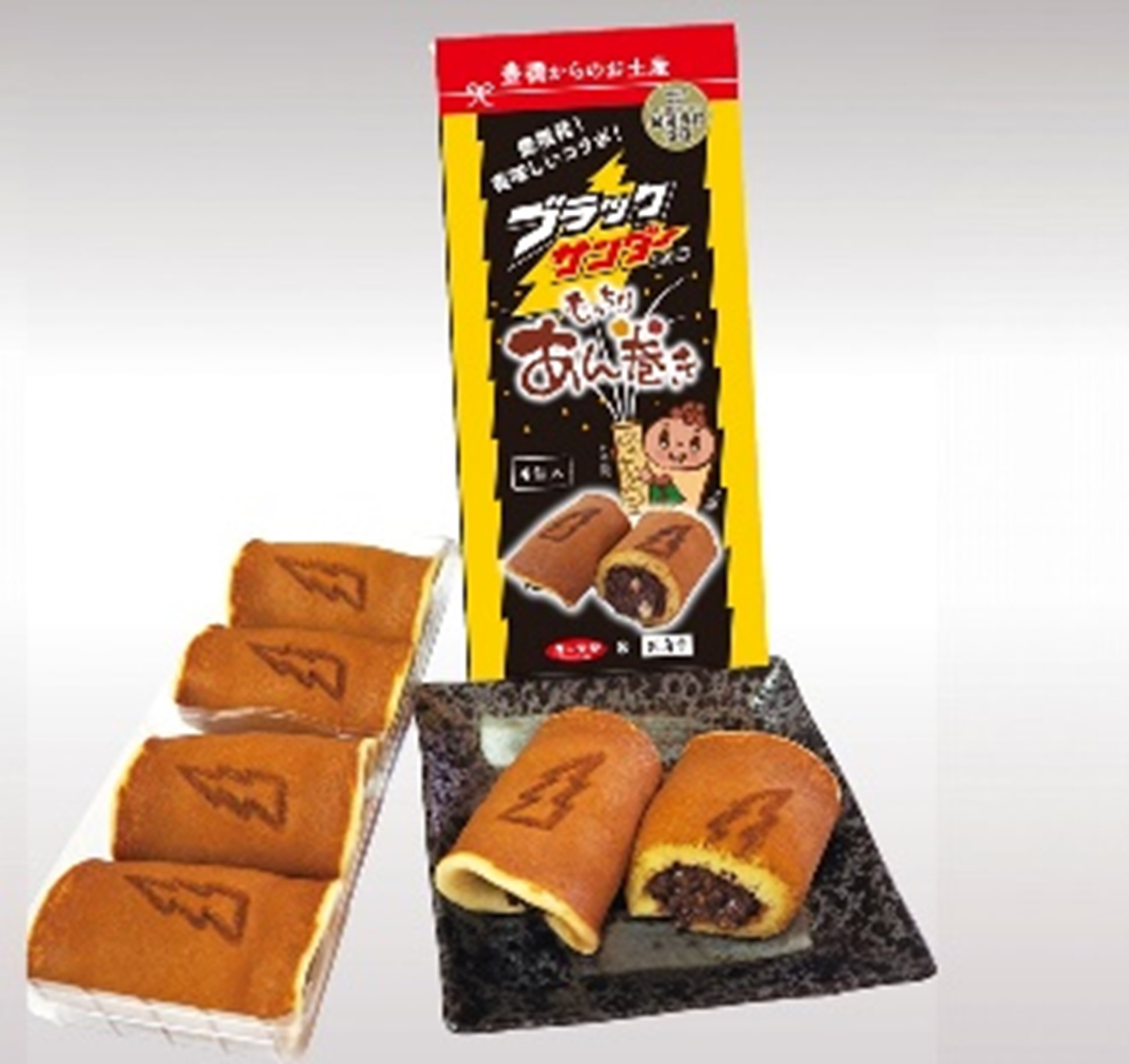 It’s the ideal getaway for any Black Thunder fan, and if I had one complaint it’d be that you can’t take home one of those Black Thunder pillows without risking a run-in with the law. Otherwise, it’s perfect and if you visit after mid-July you can also catch the Pokémon Fossil Museum during its stop in Toyohashi.