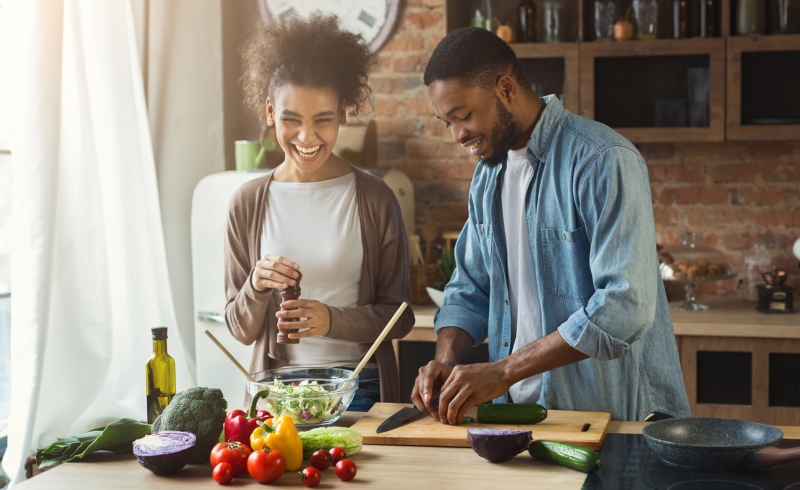 Netflix has a holiday movie out right now called “Love Hard” where the tagline is “A romantic comedy about the lies we tell for love.” In the movie, the main character, Natalie, matches with Josh on a dating app. Because they live across the country from one another—she lives in Los Angeles; he’s in New York—they spend hours a day and days a week chatting first through the app, and then on the phone. When Josh wishes aloud that Natalie could spend Christmas with him in New York, she decides to jump on a plane and do just that.

Spoiler alert: When Natalie shows up, she realizes that Josh has been catfishing her, using his buddy’s photos to lure in Natalie. And while Natalie loves Josh’s personality over the phone, she’s nonplussed that he lied to her, and she’s not physically attracted to him. Through the miracle of Hollywood and the course of the movie, she realizes that physical attraction isn’t as important to her and she falls in love with all of Josh.

When I was catfished, the outcome was very different. I was in my mid-20s without a lot of dating experience and cautiously tried my luck on a dating app. I had been on a couple of first dates (but no second dates) with guys who seemed funny over messaging but were missing that whip-smart sense of humor that had attracted me over text. Eddie was a slightly different story: We came from different cultures and I was wondering if we’d miss each other’s sense of humor, but there was enough seemingly in common that I agreed to meet him. And it’s not that he didn’t make me laugh; just that only half his jokes landed.

And yes, it may be superficial, but I thought his photos were attractive; while physical attraction is not the only factor—nor even the most important—that indicates potential for a successful and happy relationship, it does play a part. He told me he was 6’3″ and would be wearing a black leather jacket when we met. I pulled open the door to the bar, letting the warm light and laughter spill out into the cold air. I stamped my feet a few times on the carpeted entrance to knock off mudwater and rain and scanned the room. No one already seated matched the thick dark hair and long lean body in Eddie’s profile photos, so I pulled out my phone to see if he’d messaged me that he was running late. There was indeed a message from him, but he said he was seated at the bartop with a red scarf around the neck of his black leather jacket. I looked up and scanned the bar area again. The only man wearing that combination and sitting at the bar top was not the man in Eddie’s profile photos.

Or rather, it was the same man, but bald, and 8–10 years and 80 pounds more. And while I didn’t turn on my heel and leave immediately, I probably should have. Nor did I call him out on the fact that his photos were not current. What nailed his coffin though, was his excessive use of the words “Fuck” and “Jeezus” as expletives, and at ear-splitting decibels. While I am no stranger to swearing, my mom taught me early on that expletives should be nothing more than condiments to pepper your language, and not make up the bulk of the whole meal. Needless to say, there was no second date. Even if he had not lied through his profile pics, I was turned off enough by his behavior that I would not have wanted to see him again.

Myfriend Ben told me a funny story of the time he was catfished: He showed up for a date and found her already there, sitting at a high booth. They talked and laughed for a while and he was enjoying himself until she awkwardly slid out of the booth to use the bathroom, and he realized that she was 7 months pregnant. She had never once mentioned it to him, either in person or through messaging. And because he knows you’re never supposed to ask a woman if she’s pregnant, when she returned to the table, he brought up wanting kids “someday but definitely not now,” and she confessed.

When I first met the man who would become my husband (and later my ex), we had plans to go see a museum exhibit, but were meeting first at a coffee shop. It was raining, and I was carrying a big umbrella. I arrived first, a little early, and went inside to use the restroom. When I emerged, I saw an open table in the coffee shop and plunked myself down to wait for my date. A few minutes passed, and I found myself looking up every time someone new entered the shop. My date had posted an array of photos on his profile but they all looked like different people, so it was hard to tell what he would actually look like. Eventually a large, round, bald man came inside and stood staring at me—I thought it might be the Eddie situation all over again—and then the man from the photos peered over the round guy’s shoulder. He looked exactly like his profile pics, and I waved, glad that he hadn’t catfished me.

Omitting the big, life-altering circumstances that you’re facing, or using extremely outdated photos, or lying about your height or physical activity levels—or really, lying about anything—does not bode well for dating. Most people are not charmed enough, as Natalie was in the movie, to spend enough time with the catfisher to get to know them enough to fall in love. Big lies like these reek of insecurity and deception, and those are not a solid basis for beginning a relationship. The best advice is what one person left in my comment section of another article: “Just do you.” If you’re sarcastic, let that come through on your profile. If you’re a slow processor and slower thinker, don’t fire back responses immediately. The idea is to showcase who you are through what you present so there are no surprises when you meet your date in person. You might draw a smaller list of connections, but the right people will gravitate toward you, and if you’re looking for a healthy relationship, quality beats quantity every time.