I’ve had a lot of time to think lately. Like many of you, I’m not a huge fan of too much mental downtime and as this whole shelter-in-place things has stretched into its second month, I’ve felt an increasing need to fill some of the empty spots between my ears and I’ve done so, at least in part, my giving myself little challenges that feel productive, if only to me. I’ve improved my bread baking skills. I’ve taken on knitting projects for which I had to lean new stitches. I made my first soufflé. I wrote a horror novella.

Some of these challenges have gone well. Some have been less successful (I swear to all that is unholy, the scarf I’m working on has a different number of stitches every time I get to the end of a row despite there being absolutely no evidence of added or dropped stitches, but I am going to finish this bastard out of pure spite). As I was contemplating the sum total the other day, however, I realized I hadn’t yet done any sort of comics challenge.

And thus Comics A–Z was born.

I’m going to pick a topic and then, I’m going to find y’all a book for (hopefully) every letter of the alphabet under that general umbrella. Don’t worry, I’m not going to inundate you with 26 recommendations at once; we’ll go with 4–6 per post.

Since we’re all (rightfully) very much in our feelings at the moment, let’s start with EMOTIONS. 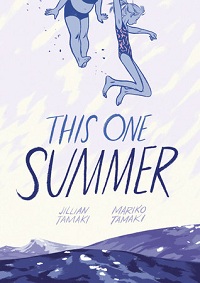 by Jillian Tamaki and Mariko Tamaki (First Second), winner of both the Caldecott Honor and ALA Printz Award, is the story of best friends Rose and Windy’s first foray in adulthood. The two girls have spent summers together at Awago Beach their entire lives but this summer, this one summer, Rose’s parents are fighting nonstop and the local teens, suddenly interested in drinking and sex, start inviting Rose along on their misadventures. Desperate for something new, something different, Rose leaves Windy behind until a near tragedy leads to revelations and new understanding.

Check Your Shelf Newsletter
Sign up to receive Check Your Shelf, the Librarian's One-Stop Shop For News, Book Lists, And More.
Thank you for signing up! Keep an eye on your inbox.
By signing up you agree to our terms of use

Comics fans still hold Matt Fraction and David Aja’s Hawkeye: My Life as a Weapon (Marvel) up as one of the best comics of the decade and listen, if this is the Hawkeye the MCU had given us, there would be far fewer grumbles and snarls of “It should have been Clint.” This run was truly the medium at its absolute best, an open, honest look at what the most human of the Avengers gets up to when he’s not trying to keep up with his godlike (and actually divine) friends: adopting a stray dog, saving his apartment building from the Russian mafia, making peace with his brother, training Kate, being trained by Kate, actually getting a chance to drink his coffee and eat his pizza, losing his hearing aids, and maybe finally getting to sleep for five minutes. Beleaguered indeed. 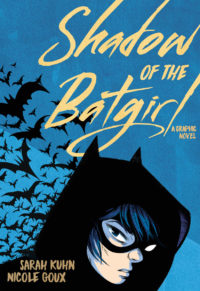 Shadow of the Batgirl‘s (DC Graphic Novels for Young Readers) Cass Cain has good reason to be cautious: her father raised her to be an assassin not only by teaching her to kill but by making certain she had no opportunity to form bonds with other people. In Sarah Kuhn and Nicole Goux’s reimagining of Cass’s origin story, Cass comes to understand the importance of such bonds despite Daddy Dearest’s best (worst?) efforts, and escapes into the dark alleys of Gotham. When Jackie, the owner of a local noodle shop, and Barbara (Gordon) first offer assistance, Cass is wary, expecting they, like her father, just want something from her, want to use her. She shies away, hiding, observing, keeping her distance. Little by little, however, Jackie and Barbara prove to Cass they’re different and, little by little, she allows herself to be welcomed into a real family.

In Kiss Number 8 (First Second) by Colleen AF Venable and Ellen T. Crenshaw, Mads thinks she’s pretty happy with her suburban life of friends, church, and minor league baseball games with her dad. And then suddenly, after hearing from her grandfather’s wife, she isn’t. Because her dad starts acting weird and avoiding her and Mads realizes that not only does she not want to kiss the boy next door, she most certainly does want to kiss her best friend Cat. When she tries to broach the subject with her dad, he grows even most distant, confusing things even more and forcing Mads to go to her mom, with whom she isn’t nearly as close but who she suddenly realizes understands her in a way she never realized. So much confusion. So little time before graduation. 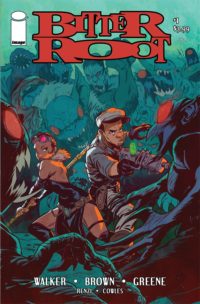 The Sangerye family was once the premiere clan of monster hunters in the world. By the time we meet them in David F. Walker, Chuck Brown, and Sanford Greene’s Bitter Root (Image), there are only a few Sangeryes left and those survivors are much busier fighting over whether to not they should should heal or kill the beasts invading Harlem at the height of its Renaissance with third faction wanting to sit the rest of the war out entirely. All the talking only makes Blink, one of the youngest Sangeryes, more eager to get in on the action—because what’s the point of having powers if you’re not going to use them? Chafing against the social and cultural restrictions of the 1920s as well as the family drama, Blink knows she’s more than a match for a few talons and tentacles, can do more in the fight, be more than the girl who mixes potions. And she can’t wait to prove it.

Alright. Five down. Twenty-One to go. I can totally do this. Right?

If you have thought on future A-Z topics, hit me up on the Book Riot Twitter (@BookRiot)!