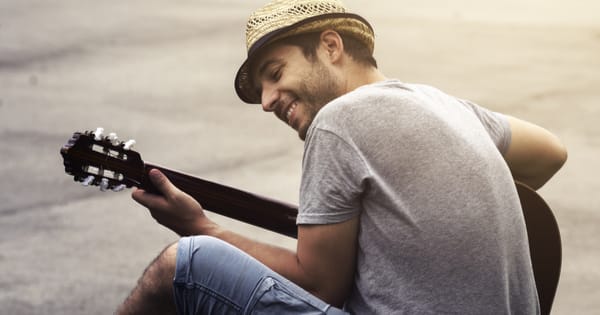 A pat on the back to an artist now could one day result in your favorite film, or the cartoon you love to get stoned watching, or the song that saves your life. Discourage an artist, you get absolutely nothing in return, ever. Kevin Smith

I havent been in the worlds best place emotionally over the past week. Few things scare me more than uncertainty.

I thought about writing about getting fired from the dream job that turned into a nightmare again.

I considered writing about my inability to find the therapist I so desperately need.

I thought about writing about getting fired by my coach. Yeah, theres something I dont want to put on a loudspeaker, but its an unfortunate sad side effect of life coaching. Some days we have to cut clients loose who we dont align with anymore.

This was all until I got the Apple News alert that said that Neil Peart had died. The moment that happened I could feel millions of men in their 40s and 50s (including me) start to cry.

Reading the Peart coverage got me thinking about an important question

Why do artists mean so much to us?

I was scrolling Facebook one day in 2015. This was a few months after my Dad the single greatest influence on Ryan the music fan passed away. I saw that Rush was playing a show in Atlanta 4 hours away from me by car. I was no huge Rush fan before this show, my instincts told me to buy a ticket.

I was treated to two full sets of some of the most remarkable rock music my ears have ever heard. The virtuosity of these three guys from the suburbs of Toronto just blew me away.

However, during the show, I couldnt keep my eyes off that drummer.

I believe it was the first or second song of their second set, they played a song called YYZ (Y-Y-Zed to say it in Canadian English.) YYZ is the airport code for Toronto Pearson International Airport. YYZ is an instrumental song. The introduction is in the unusual time signature of 10/8 10 beats per measure.

After the introduction, they establish a musical theme. Then we get solos from bassist Geddy Lee and guitarist Alex Lifeson.

But when Rush played YYZ live, they feature a long, intricate, and incredibly nasty drum solo by Neil Peart!

As Im watching this man play this solo, Im thinking just how in the world hes pulling this off. Hes sitting behind a rotating drum kit that mustve had four bass drums, a couple of dozen cymbals, and a couple of dozen toms.

The solo was musical. It was complex. And it blew every last one of my minds.

From that moment on, I became a Rush fan.

Rush never had the sex, drugs, and rock and roll reputation that many of the popular rock bands that came of age in the 70s had. Led Zeppelin, Im looking at you, lads. Alex, Geddy, and Neil always had the reputation of being professional perfectionists. To say nothing of their reputation of being really good guys.

The outpouring of grief from Neils passingI get it. I really do.

In August of 2014, I was at the Dothan, Alabama public library working on revisions on my first novel Written In The Stone. I was listening to music when I get a notification on my iPhone that Robin Williams had died.

I sat there in shock for probably 10 minutes or so. I just stared at my computer screen for several minutes before I could feel something bubbling to the surface.

I closed my computer. I put my computer in my backpack. I retreated to my car and proceeded to sob for 10 solid minutes.

I never saw Robin Williams perform live. I never met him. I have probably never even been in the same state as the man.

But his loss hit me incredibly hard.

I used to look forward to his yearly stand-up specials on HBO. My favorite episode ever of Inside The Actors Studio was when he was the guest.

Side note theres a YouTube video of Robins appearance on the show that is one of the finest bits of improvisational comedy Ive ever seen. He finds a woman with a pink scarf and riffs on it for almost eight minutes. You must find this!

While I love funny Robin, thats not what I miss most. The Robin I miss most was dramatic Robin.

No matter what anybody tells you, words and ideas can change the world. I dont know if I can ever watch Dead Poets Society again. If I do, Ill probably need a case of tissues.

O Captain, My Captain Yall, Im getting choked up writing this.

I was maybe two weeks from beginning my Accomplishment Coaching journey when we got the news that Maurice White had passed away. Maurice had been out of the public eye for a decade as he battled Parkinsons Disease. He quit touring in the 90s and he didnt appear on Earth, Wind, and Fires latest two studio albums.

Even though his passing didnt truly surprise me, his death definitely affected me deeply. While Im a huge EWF fan, thats not why Reeses death affected me as deeply as it did.

The title of my first novel is taken directly from a line in a song that Reese co-wrote and originally performed.

True love is written in the stone. The day I appear on The Late Show, I want to be played out to EWFs In The Stone. (Jon Batisteare you reading this?)

I want to speak directly to the men reading this who may have put a creative dream they had in mothballs.

To the parents out there:

You never know unless you encourage them.

As Kevin Smith said, we need to encourage artists. The legacy that people like Maurice White, Neil Peart, Robin Williams, Carrie Fisher, David Bowie, Michael Jackson, Prince (I could go on and on) would never have been what they are unless someone encouraged them.

Artists may be the misfits of society. But we have the potential to impact a lot of lives with our art.

To many, a song is just a song.

A book is just a book.

A film is just a film.

But that book, song, film, TV show, play, or dance troupe could be the thing that saves someones life.

Thats the legacy that artists can have in our lives.

And that is why artists mean so much.

Sign up for our Writing Prompts email to receive writing inspiration in your inbox twice per week.