Every Major Cameo In Doctor Strange In The Multiverse Of Madness, Ranked 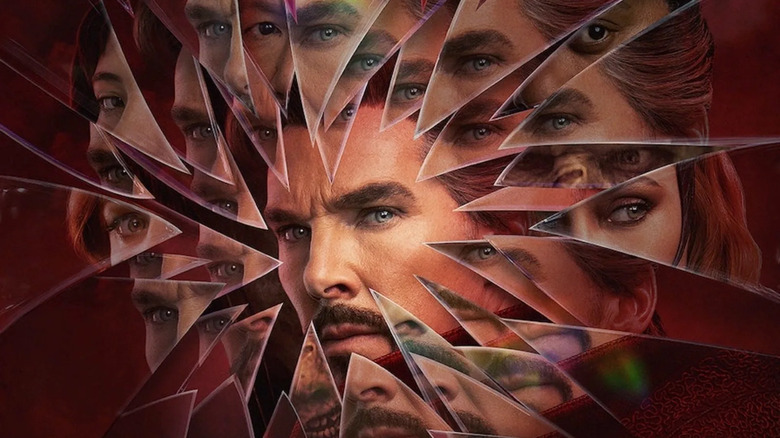 After "Spider-Man: No Way Home" delivered multiverse mayhem that brought together the heroes and villains of the "Spider-Man" film franchises that came before it, anticipation was high for what kind of shenanigans were in store for "Doctor Strange in the Multiverse of Madness." Not only does the Marvel Studios title clearly state that we'll be caught up in the multiverse yet again, but the marketing teased the identities of those who make up the mysterious organization known as The Illuminati.

Now that the "Multiverse of Madness" has been unleashed in theaters, it's time to rank all the major cameos from the "Doctor Strange" sequel, including a surprise appearance by an entirely new character in the mid-credits scene.

Warning: massive spoilers for "Doctor Strange in the Multiverse of Madness" ahead. 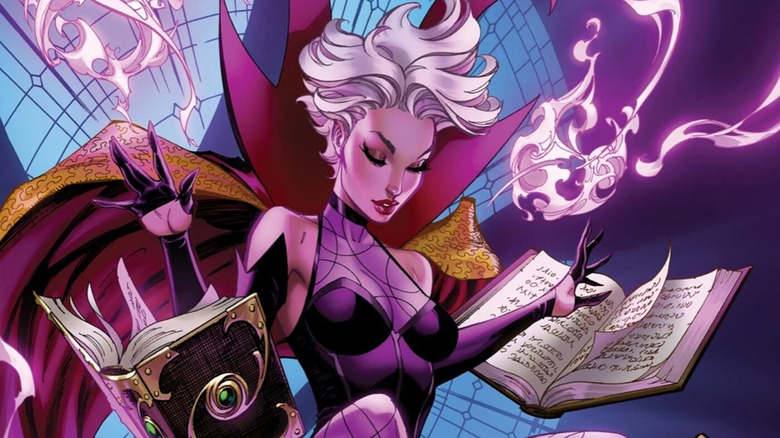 Sorry to take the wind out of your sails if this cameo excited you, but I'm just calling it like I see it. The cliffhanger of an ending left audiences wondering just what the hell was wrong with Doctor Strange when he screamed in agonizing pain in a New York City street until a third eye revealed itself in the middle of his forehead. That's a hell of a way to end a summer blockbuster, but unfortunately, Marvel Studios completely undercut that in favor of a mid-credits tease for the next "Doctor Strange" adventure.

Strange is walking down the street, complete with a fancy little scarf around his neck, and his day is suddenly interrupted when Charlize Theron shows up, decked out in a purple witch wardrobe as only Marvel can deliver, including a pop of purple eye makeup. This is Clea, a frequent companion of Doctor Strange in Marvel Comics, and in "Back to the Future" fashion, she tells Strange that he caused an incursion (the collision of two different universes), and that he's going to help her fix it.

Clea then slices open a hole behind her in midair, which appears to lead into a universe that resembles the Dark Dimension, where Strange trapped Dormammu in a repeating loop in the climax of the first "Doctor Strange" movie. In a taunting fashion, Clea adds, "Unless you're afraid." Strange says, "Not in the last." Then that third eye returns in his forehead as an electric guitar riff wails on, and the two are off to the races.

As much as I love to see someone like "Mad Max: Fury Road" star Charlize Theron enter the MCU, this mid-credits scene completely undercuts what would have been a great ending to keep fans hungry for more Doctor Strange. Furthermore, it's far too vague to even be worth shoehorning in there. I'm willing to bet that the incursion in question is just a small problem that will quickly be resolved and leads to a completely different major plot. Ugh. 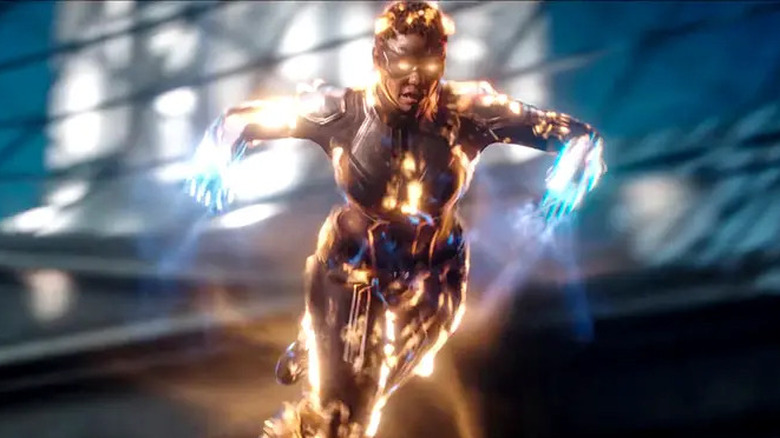 Now that we have Clea out of the way, let's dig into the most disappointing member of The Illuminati. Lashana Lynch returns as Maria Rambeau, who we last saw in "Captain Marvel." It would appear that this version of Maria Rambeau is from a universe where she became Captain Marvel instead of Carol Danvers (Brie Larson). That's not necessarily uncool, but it's simply not all that exciting of a revelation. Maybe that's because rumors ran rampant that Marvel tried to get Tom Cruise to appear as an alternate version of Tony Stark/Iron Man, even going so far as having fans speculate that the bright blur of light seen in the "Doctor Strange in the Multiverse of Madness" was Superior Iron Man armor.

Beyond that, what makes Lashana Lynch's appearance so disappointing is that there's nothing remarkably different about this version of Captain Marvel. Even though that's technically true of a couple other members of The Illuminati, almost all of the other characters come with some kind of history in the MCU or legacy in Marvel Comics that gets fans excited. But with Maria Rambeau, we spent such little time with her in "Captain Marvel" that there's no real joy in seeing Lashana Lynch as Captain Marvel. That's a shame, because I'm sure Lynch would be great if she had more screen time. Perhaps "The Marvels" will have even more multiverse adventures and she'll make a bigger splash, but since she got crushed by a giant statue and seemed to die like almost everyone else in The Illuminati, maybe not. 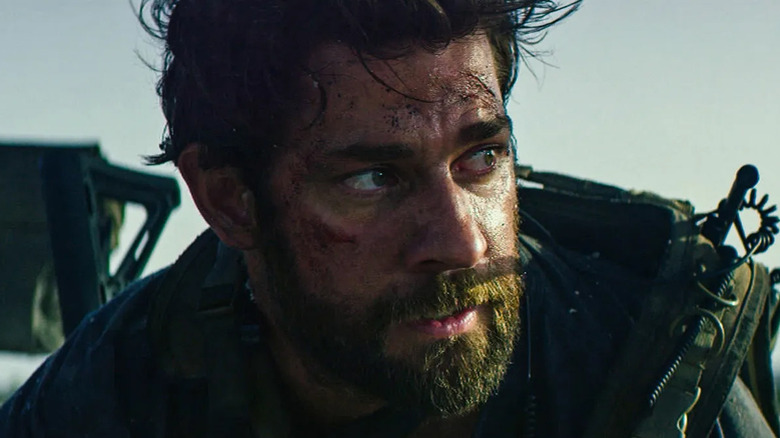 This is undoubtedly the cameo that is getting the biggest cheers and most excitement from fans in theaters. They've been waiting for a proper big screen version of "Fantastic Four" for a long time, since before Marvel Studios even announced that they would be rebooting Marvel's first family yet again. Add into the mix that "The Office" star John Krasinski has been the most frequently requested actor to be cast as Reed Richards, and you've got fan service to the max.

Admittedly, it's cool to actually see Krasinski suited up as Reed Richards, and this likely means that he will be leading the "Fantastic Four" movie that Marvel Studios has in development. However, I can't help but point out that there wasn't anything particularly thrilling about this appearance other than the character himself. We don't even get to see Richards properly use his stretchy superpowers to fight Scarlet Witch. Before he even gets a chance to lift a finger, Wanda unravels him like rubber ribbon until his head pops off. I'm sure Marvel wants to save any real Mr. Fantastic stuff for "Fantastic Four," but they could have given him a little more to do here. 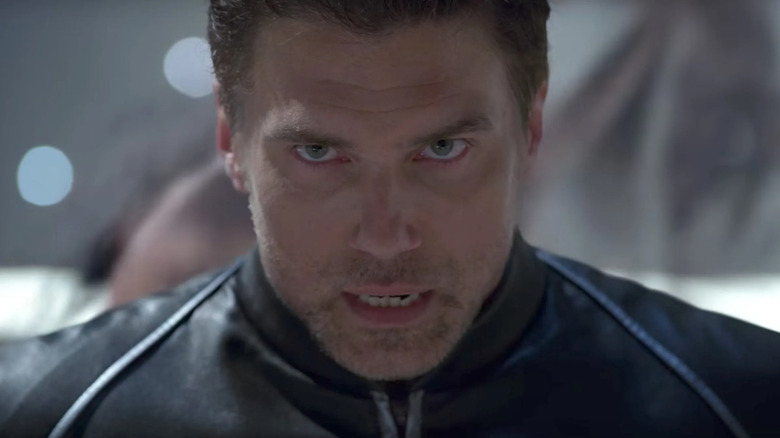 All right, there probably weren't many people keeping their fingers crossed for the return of Anson Mount as Black Bolt, let alone anyone from the failed Marvel TV series "The Inhumans." But in Marvel Comics, Black Bolt is a member of The Illuminati, and this gave Marvel Studios the perfect opportunity to give longtime comic fans the version of Black Bolt that they deserved, albeit ever so briefly.

Strengthening Black Bolt's appearance is giving him the pivotal but tragic task of destroying Earth-838's version of Doctor Strange, after The Illuminati (which Strange formed himself) deems him to be a lingering threat due to his use of the Darkhold to defeat Thanos in their universe. That flashback where Black Bolt obliterates Doctor Strange 838 by sadly saying, "I'm sorry," is pretty devastating, and Anson Mount achieves a lot with very little. Plus, I gotta say, that moment where Black Bolt freaks out after Scarlet Witch removes his mouth, resulting in his muffled voiced exploding his own head? That's gnarly as hell. RIP Black Bolt. 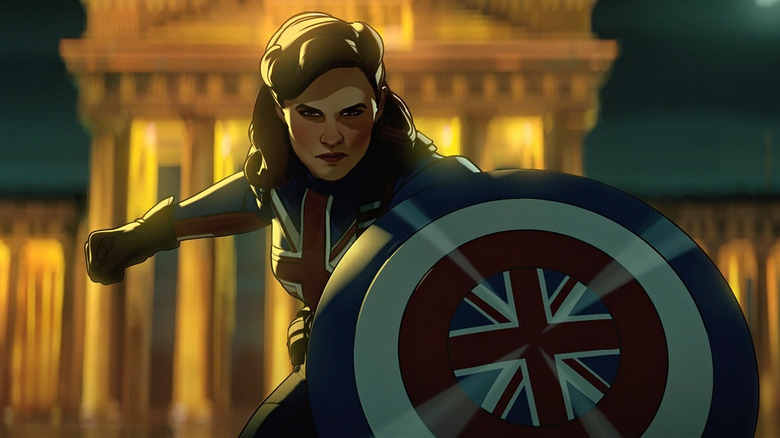 Even though this cameo was teased in brief bits of footage from "Doctor Strange in the Multiverse of Madness," it's still incredibly cool to see Marvel's "What If" cornerstone, Captain Carter, brought to life in live-action with Hayley Atwell reprising her role. Damn, she looks great in the Union Jack superhero suit, and with that jetpack situated on her back, she's like Captain America and The Rocketeer all in one (where the hell is that movie?). You can't help but respect Captain Carter's courage and power in facing Scarlet Witch with just super strength and a vibranium shield to assist in her fight. But Carter's best moment is when she makes a satisfying Captain America callback by saying, "I can do this all day." Unfortunately, that day ended early, because she was gruesomely sliced in half by her own shield. Hope she got that dance in with Steve Rogers in Earth-838. 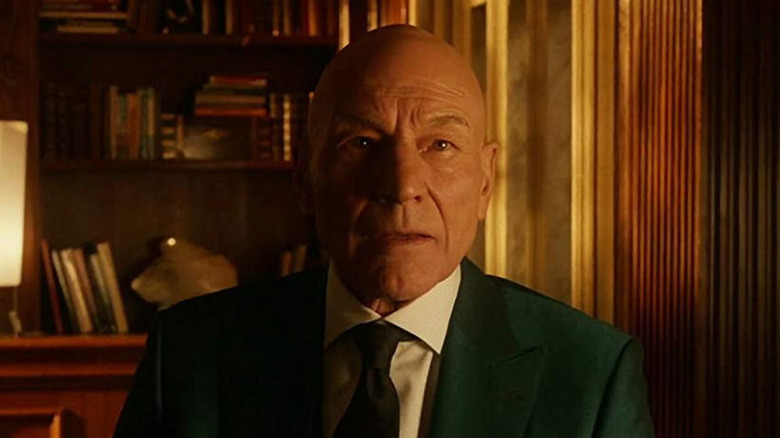 Excitement was high when the "Doctor Strange in the Multiverse of Madness" trailer that debuted during the Super Bowl teased the unmistakable voice of Patrick Stewart as Professor X. The anticipation grew even more when a recent TV spot revealed that Charles Xavier would be moving around in that signature yellow hoverchair from Marvel Comics and "X-Men: The Animated Series." So we're happy to report that this is easily the best cameo in the entirety of the sequel.

First of all, when Professor X arrives in The Illuminati chambers, you can hear an orchestral version of the beloved theme song from "X-Men: The Animated Series." Even though Professor X is mostly responsible for delivering exposition that reveals the dark turn that Doctor Strange 838 took, hearing Stewart talk about Thanos is simply cool. No one ever thought anything like this would happen, especially after the "X-Men" film franchise came to an end. The closest we came was having "X-Men: Days of Future Past" co-star Evan Peters appear as Quicksilver in "WandaVision," and that didn't really go anywhere. On top of that, Xavier is the only one who still has faith in Doctor Strange, despite the mistakes of the 838 version of the sorcerer.

Unfortunately, not even a mutant as powerful as Professor X can survive the angst of Scarlet Witch. However, before Xavier has his neck snapped, at least we get to see him using his psychic powers, complete with VFX bringing animated psychic waves into the live-action universe. Man, I wish we could get the 1990s X-Men on the big screen. Maybe the multiverse can make it possible. At least we have "X-Men '97" to look forward to.

Read this next: The 15 Most Anticipated Comic Book Movies And Shows Of 2022, Ranked

The post Every Major Cameo in Doctor Strange in the Multiverse of Madness, Ranked appeared first on /Film.