Hallucinations Have Been Linked To Covid-19. Here’s What They’re Like 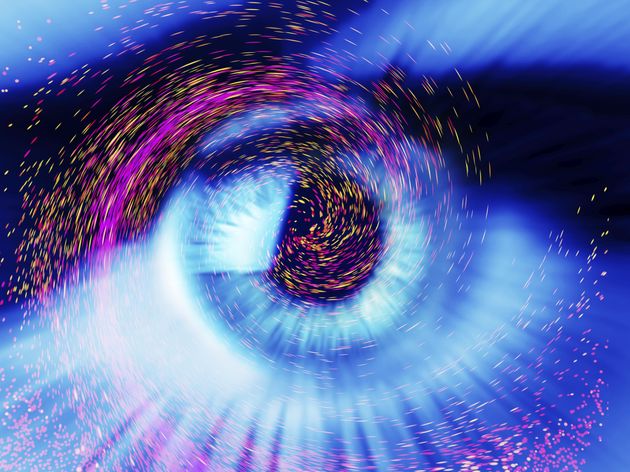 We’re here to guide you through the coronavirus pandemic. Sign up to the Life newsletter for daily tips, advice, how-tos and escapism.

On week 12 of a drawn-out battle with Covid-19, Georgia Walby saw what looked like a large, bright orange spider crawling across her white bedroom wall. “I knew instantly it couldn’t be real,” Walby, 53, from Cardiff, tells HuffPost UK. “It wasn’t life-like at all, it was animated and it was about six inches in size.”

Her coronavirus symptoms started in mid-March. In those first few weeks, she experienced intermittent shortness of breath with a rapid heartbeat, sore throat, fever, brain fog and fatigue. Tests weren’t widely available at the time, but her GP confirmed a clinical diagnosis of Covid-19.

Walby’s symptoms continued for two months. On the whole, she thought she was getting better week by week, but when she started to venture outside more, she noticed her lung capacity worsening. She struggled to do the short walk to her allotment, was constantly light-headed and her breathing was restricted.

It was around this time Walby started noticing things out of the corner of her eye. “I would think I’d see a cat, then look to find no cat there,” she says. “Sometimes the cat I thought I’d seen was one I used to own years ago. I also started to see flashes of light, always at the edge of my field of vision.”

And then she saw the spider. 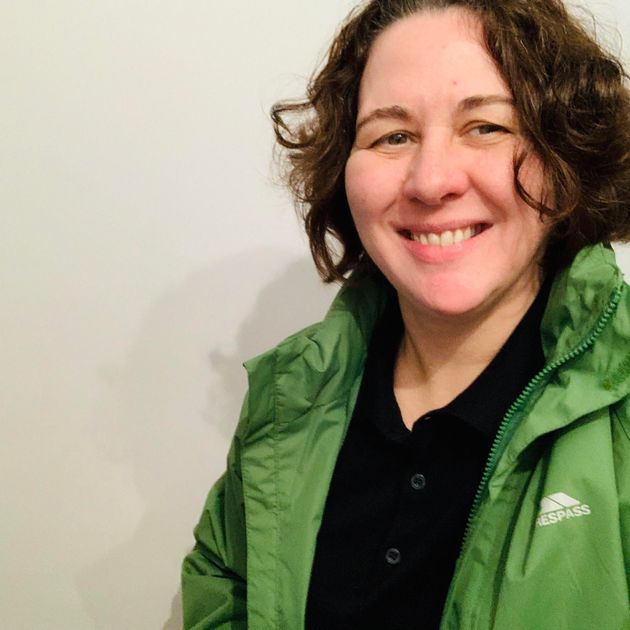 Walby was “totally taken aback” by the cartoon spider that appeared, clear as day, on her wall. She glanced away thinking when she looked back, it would be gone. But it wasn’t. It was still there. “I squinted but it didn’t disappear,” she recalls. “It was so odd looking at something I knew didn’t exist.”

Confused by what was happening – and exhausted by fatigue – she turned the light off and went to sleep. It hasn’t happened since.

When she spoke to a doctor, they weren’t able to offer much insight. “I told my GP as I was concerned it had happened and I’d started to experience other neurological symptoms too: odd sensations of pressure, cold water or crawling insects on my skin,” she says. “The GP couldn’t offer any advice, just shrugged and said ‘at least it was just a one-off’.”

It’s not yet clear how common hallucinations are among people struggling with Covid-19 – especially more milder forms. One study of 153 people hospitalised with the virus showed it was an issue for around one in 15 patients.

Of those involved in the study, 23 were diagnosed with psychiatric conditions, of which the vast majority were determined as new diagnoses – these included 10 patients with a new-onset psychosis (the presence of hallucinations and/or delusions). Around half of patients in the study were younger than 60 years old.

Kelly Irvine, 32, from Falkirk, experienced her first hallucination two days into having suspected Covid-19, but says her worst was on day five. She was unwell with the majority of her symptoms for 12 days from March 23.

Most of her hallucinations were based around thinking she had a glass of water in her hand (when she didn’t) or that someone was speaking to her when she was alone in her house. “My worst hallucination on night five was unbelievably surreal,” says the student paramedic. “It was a dip from normality into total disorientation. I was lying down but thought I was getting up from the couch.

“I was trying to get to my front door to unlock it but wasn’t getting there because I hadn’t moved. A strange thing that happened was I could see what I looked like on the couch. To this day, I still see the image of me lying there but have no idea how I have this picture. It’s hard to describe what was going on.”

Irvine didn’t have a Covid-19 test, but experienced symptoms typical of the virus such as shortness of breath, a burning sensation in the lungs, cough, muscle ache, loss of taste, chest pain, extreme fever and a rash. She went to A&E on March 31 because of her breathlessness.

As many as one in four people hospitalised with Covid-19 may experience delirium, an analysis of past research led by the UCL Institute of Mental Health with King’s College London collaborators suggests. Delirium is described as sudden severe confusion due to rapid changes in brain function that occur with physical or mental illness. One symptom of delirium is hallucinations.

Delirium can be traced to one or more contributing factors, such as a severe or chronic illness, medication, infection, or alcohol or drug use. It’s “very common” in intensive care and end-of-life settings, says Dr Tim Nicholson, a clinical senior lecturer and honorary consultant neuropsychiatrist at King’s College London.

David Marsden, 66 from Worksop, Nottinghamshire, developed Covid-19 symptoms back in March and tested negative for the virus, but was told by his doctor it was likely to be a false negative result. He started to experience hallucinations in May, at what he says was the peak of his illness.

Marsden, who is retired, says the hallucinations would happen whenever he looked at the TV while it was turned off, over the course of three days. “It was the same every time, around three times a day,” he says.

His TV is sat on a flat stand with a square base. The TV base turned into a tree trunk, he says, with branches growing from it, gradually spreading to the top of the screen and to the sides until it filled the whole screen with thin branches. They looked almost like veins or arteries, he says.

“If I turned away then looked back at the screen, the whole process would start again. If I just carried on staring at the screen, the ‘tree’ would move as if all the branches were wriggling about. This would carry on for several minutes until I stopped looking at it. That’s the best I can describe it,” he says.

“I don’t know if it was the high temperature that caused it or some other Covid symptom. I didn’t have any other hallucinations of any sort.” 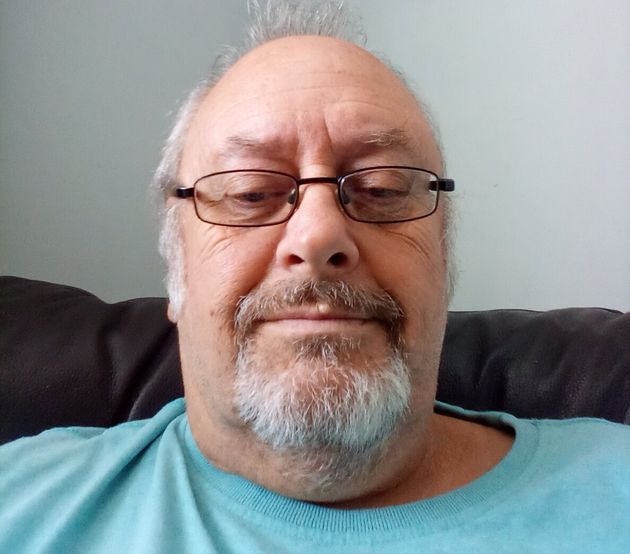 The 66-year-old was fully aware he was hallucinating. “I found it strange, but I was curious enough to want it to carry on,” he tells HuffPost UK. “I knew it wasn’t real and I enjoyed the experience, but not the illness.” Not long after, his condition worsened and he was advised by NHS 111 to go to A&E.

For some, the hallucinations have been extremely distressing. Mental health nurse Sadie Hallett-Chambers, 32, from Plymouth, was ventilated at Devon’s Derriford Hospital after contracting Covid-19 and falling severely ill. She hallucinated while ventilated – a state that doctors refer to as delirium.

“I was convinced I was insane and I thought I was in a Spanish convent, so I thought all of the nurses were nuns,” she told the BBC. “I could also hear rioting outside, and I thought the convent was under attack from the IRA.” She thought the nurses (or nuns) were telling her to pass over and die.

I knew it wasn’t real and I enjoyed the experience, but not the illnessDavid Marsden

Another case report tells of a 55-year-old Covid-19 patient who began to hallucinate that lions and monkeys were in her house the day after being discharged from hospital. She then developed a delusion where she thought a friend or family member had been replaced by an identical imposter, but had no history of psychiatric illness, according to the study in the journal Brain.

Episodes like this appear to be more common in severe cases, however dozens of people on the Long Covid Support Group – a Facebook group, where those with long-term symptoms share their experiences – cite hallucinations as a symptom they’ve experienced while sick with what they suspect was the virus. We say ‘suspect’, because many weren’t able to confirm they had Covid-19 as testing wasn’t widely available when they became ill, back in March.

Dr Nicholson says there aren’t many reports of hallucinations among people with so-called mild Covid – “it’s relatively rare or certainly not studied much” – but adds that in cases where it does happen, it’s important to figure out what’s causing it. “Is it the virus causing it? Or is it that they are someone who’s predisposed to becoming psychotic?” he asks.

More research is needed to understand the link. Physicians are urged to report patients’ neurological symptoms of Covid-19 to the CoroNerve surveillance programme to help paint a comprehensive picture of what’s actually going on.

Those who experience hallucinations and believe it might be linked to Covid-19, should speak to their GP. While some people might experience it as a one-off – and would be aware that what happened wasn’t real – if it’s a recurring situation, it can progress to a point where it might alter behaviour and increase the risk of harm. The longer it goes on, the harder it might be to tell what’s real and what’s not – and those experiencing it might become reluctant to seek help.

There are treatments used to help combat hallucinations in severe cases, such as antipsychotic medication, to even out the imbalance of chemicals in the brain. For older people, it can be helpful to ensure they don’t get disorientated by making sure glasses and hearing aids are nearby, Dr Nicholson points out – and, as ever, it’s important to have a healthy sleep/wake cycle, he adds.