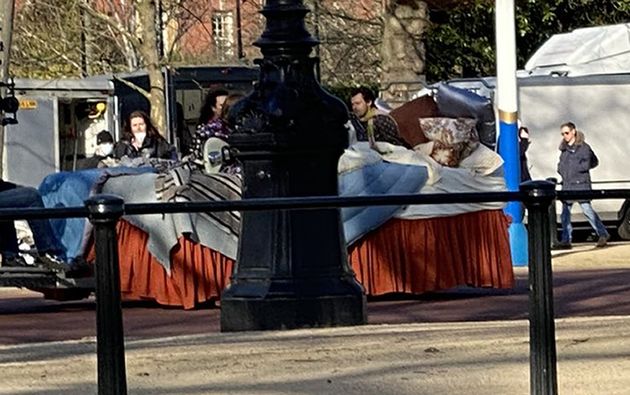 As Saturday afternoons go, Harry Styles’ one wasn’t the most usual.

The former One Direction star spent it being wheeled around on a giant bed outside Buckingham Palace, as you do.

Pictures and videos shared on social media show Harry having a tuck-in with two musicians who were holding a guitar and a drum, as they took over The Mall in central London.

The Watermelon Sugar singer was dressed in what appeared to be brown pyjamas with blue polka dots, finishing off the look with a lime green and pink scarf.

It is thought Harry is filming a new music video. 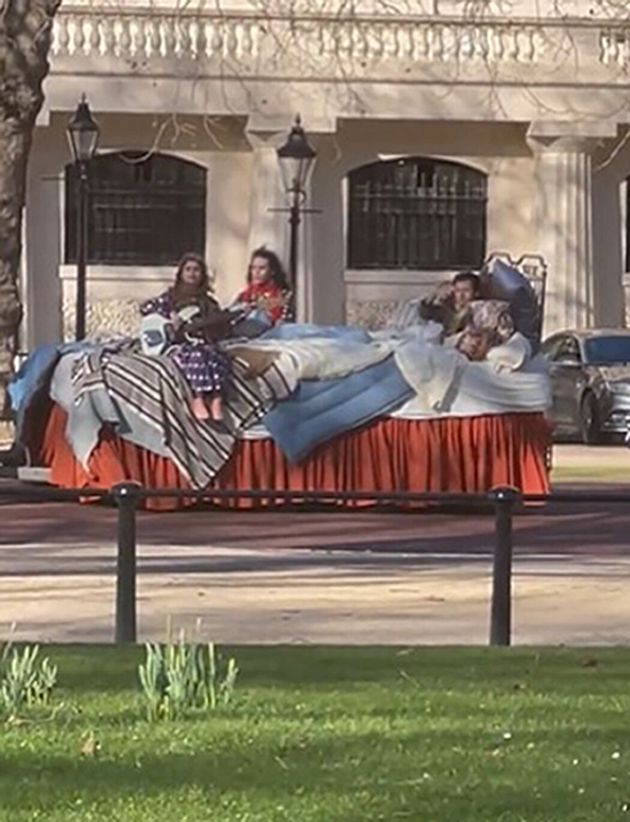 One onlooker, who gave her name as Ana, said it was “so surreal”, telling the PA news agency: “I was just taking a stroll in London and there he was, doing the most Harry thing ever, riding on a bed across the Buckingham Palace.”

It had been rumoured Harry is planning to release new music in 2022, following up on the success of his second album Fine Line, which came out in December 2019.

He will be seen alongside Emma Corrin in My Policeman, adapted from the novel of the same name, and is also set to appear in the upcoming psychological thriller Don’t Worry Darling, the director of which, Olivia Wilde, he began dating in 2020.