Jake Gyllenhaal: It’s Taylor Swift’s responsibility to not allow bullying in her name 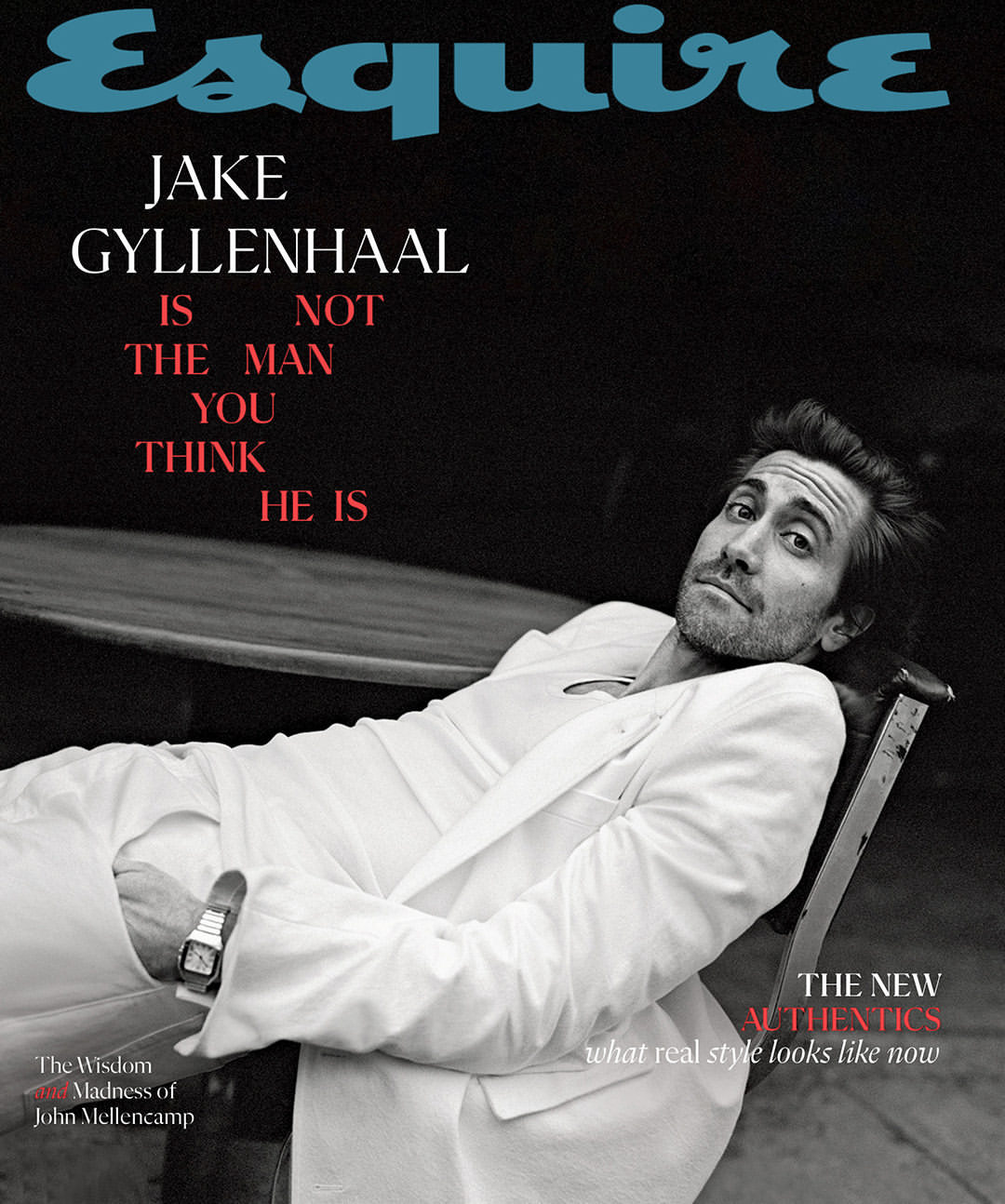 Jake Gyllenhaal covers the latest issue of Esquire to promote his new Michael Bay movie, Ambulance. I just saw the commercial for it the other day and when Jake appeared, I was like “whoa, he’s in a Michael Bay movie?!?” He is. The bulk of this interview is typical “actor profile,” the actor showing everyone that he’s no longer the too-intense, too-serious guy who once said questions about his breakfast were too personal. This version of Jake is silly. He likes to sing. He jokes around. He drives fast cars. He offers Tic Tacs to the Esquire journo. But does he bathe? Does he still have Taylor Swift’s scarf? Does he still act creepy around 20-year-old interns? Those questions are not answered in this Esquire piece. But Jake does one thing in this piece which he’s never done before: address Taylor’s “All Too Well” and the fact that Taylor’s snake stans blanket his social media with threats and harassment. Some highlights from this Esquire piece:

His first forays into massive productions: “There have been times when I’ve done the George Clooney rule of ‘Do a big one, then one for you,’ that whole thing,” he says. When filming began on The Day After Tomorrow, the 2004 summer blockbuster with climate change as the foe, he approached Dennis Quaid to work through their scenes, and Quaid “was like, Chill out. Chill out, bro.”

He leads his production company employees in sing-alongs at their Christmas party: He knows, just knows, it makes everyone feel better, even those who at first decline. (After talking to one guest, I can attest that not everyone feels better. “I was eyeing the exit,” they said.) “Even if people sing just a tiny bit, it makes me feel good,” Gyllenhaal says. “When you’re singing, there’s no shot other than opening up. It has to be heart first.”

He made sourdough bread in lockdown. “I unknowingly joined a train that everybody was on,” he says. Every afternoon, he’d bake two loaves and bring one to his neighbor Jamie Lee Curtis, passing it to her through a window. “That became our offering of friendship.” After a while, he started delivering the other loaf to friends, “not only to off-load carbs onto them and not onto me but also a way of connecting and communicating.” As he baked, he’d call a person he had in mind and ask if they wanted a loaf. “And then I would drive it over. So that was the pandemic exchange.”

On his girlfriend: “In a lot of ways, we’re family. I’m in a relationship that is full of love and support. I feel so at ease.”

On Taylor Swift re-release of Red: “It has nothing to do with me. It’s about her relationship with her fans. It is her expression. Artists tap into personal experiences for inspiration, and I don’t begrudge anyone that.” Still, I offer, hasn’t the past month been hard on him? He says it has not. What about turning off his Instagram comments? Doesn’t that suggest the situation has affected his life, even if only as an inconvenience?

He basically says that it’s up to Taylor to get her fans in line: “At some point, I think it’s important when supporters get unruly that we feel a responsibility to have them be civil and not allow for cyberbullying in one’s name… That begs for a deeper philosophical question. Not about any individual, per se, but a conversation that allows us to examine how we can—or should, even—take responsibility for what we put into the world, our contributions into the world. How do we provoke a conversation? We see that in politics. There’s anger and divisiveness, and it’s literally life-threatening in the extreme.” I ask if his life has been threatened recently; he says no, that’s not what he’s suggesting.

His life nowadays: “I’m not unaware that there’s interest in my life… ]but] My life is wonderful. I have a relationship that is truly wonderful, and I have a family I love so much. And this whole period of time has made me realize that.”

He goes on a bit longer about the ire directed at him by Taylor’s Snake Fam, and whether this is our future, collectively, as a society, to live and breathe anger and divisiveness. It’s all very “can’t we all get along?” He also says that no, he hasn’t listened to Red.

As for what he says/indicates about how it’s Taylor’s responsibility to tell the Snake Fam to chill out… I actually agree with him, narrowly, on this. I think it’s gross that Taylor has provoked and weaponized her fans for years, feeding them her highly selective tales of woe and then sitting back with “clean hands” as they swarm on exactly who she wants them to swarm. I mean, there were death threats called into Big Machine. Scott Borchetta and Scooter Braun got death threats at their homes! The Kid Mero (from Desus & Mero) made a joke about Taylor’s “long back” and Swifties threatened his children and the FBI was called in. It is her responsibility to say: no, stop it, you can be my fans without calling in bomb threats or cyber-harassing Jake’s friends and families. The fact that she never tells them to stop… well, that speaks volumes.