Japanese chocolate company Yuraku Confectionary, the makers of Black Thunder chocolate bars, have a reputation in Japan for being the go-to chocolate for “giri choco”, or chocolate that you’d give to coworkers and classmates as a sign of appreciation rather than affection.

And now Yuraku Confectionary is bringing back the spirit of Valentine’s Day with their Seishun Valentine Shop. This special Black Thunder-themed online shop has limited edition Valentine’s Day packages that invoke memories of seishun, or “youth”, specifically high school.

While some of the offerings get a bit… odd, they start off pretty normal with two different kinds of chocolate:

▼ This first one is called Seishun Thunder, made to look like a blackboard eraser. 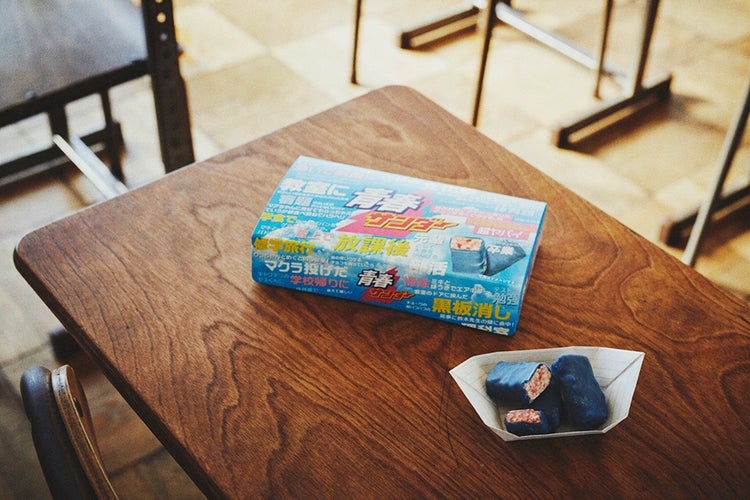 Erasers are something some students will remember well, as they’re were often made to clean them after class. The chocolate itself has shortbread cookies, dried strawberries, and chocolate coated in a butterfly pea blue-colored coating. Each box comes with 10 bars and is being sold for 972 yen (US$8.55).

▼ The second one is Nama Black Thunder, smooth and crunchy, like true love. 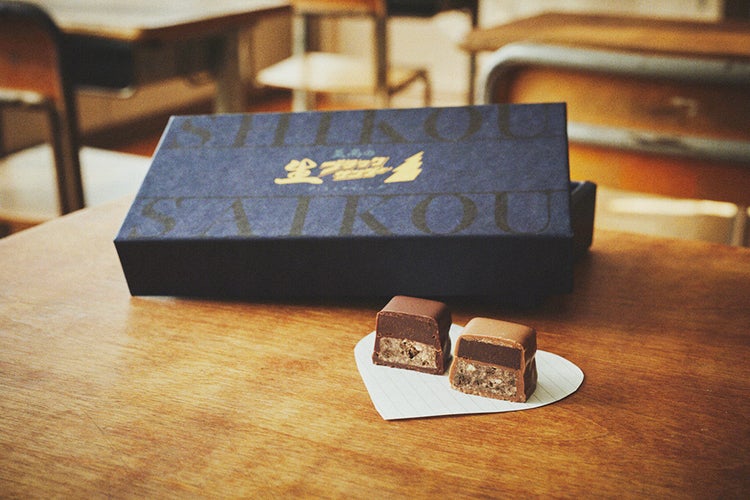 These are basically softer versions of traditional Black Thunder with added liquor. The box of 10 comes with five milk chocolate and five bitter chocolate morsels for 1,944 yen. 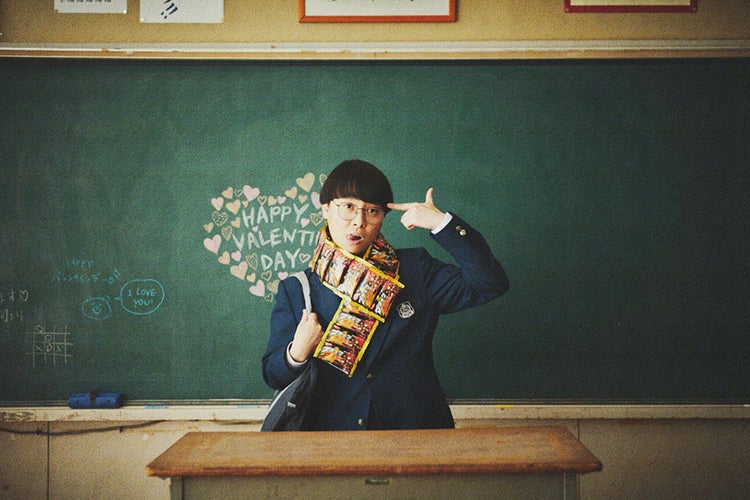 Unfortunately, there’s no actual candy inside, but the sheer number of wrappers will make you look like the Lord of Giri Choco. It’s going for 11,000 yen, but unfortunately, this one is already sold out.

▼ And here we have the Bulk Black Thunder Box. 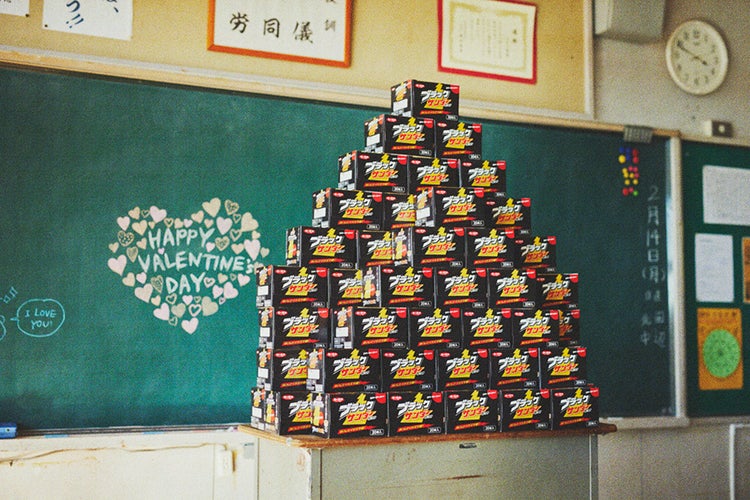 Like the name says, it’s a bulk order of Black Thunder — 25 boxes for a total of 500 bars, to be exact. Imagine being the receiver. You’d look like the most popular kid in town! This is another item that has already sold out despite it being priced at 10,080 yen.

▼ For those that are taking Valentine’s Day thing seriously, there are also packs of Black Thunder being sold with handwritten love letters.

This contains just one Black Thunder bar and one letter so you can give it to The One. It’s priced at 1,100 yen each, but alas, this is another sold-out one.

Here’s where things start to get a bit unusual…. 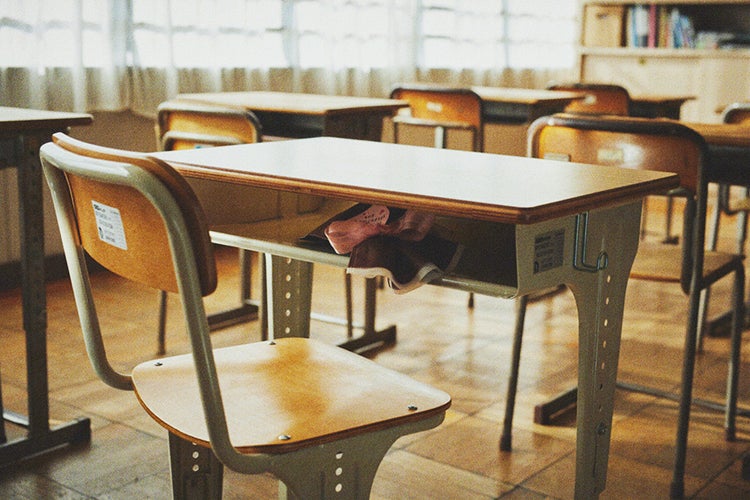 No, it’s not made out of chocolate or anything, it’s a real, useable school desk and chair for 16,820 yen. Now, you might think, “Who would actually use that?” but yup, you guessed it: it’s already sold out.

▼ Following the furniture theme is a shoe box in the style that many schools across Japan have. 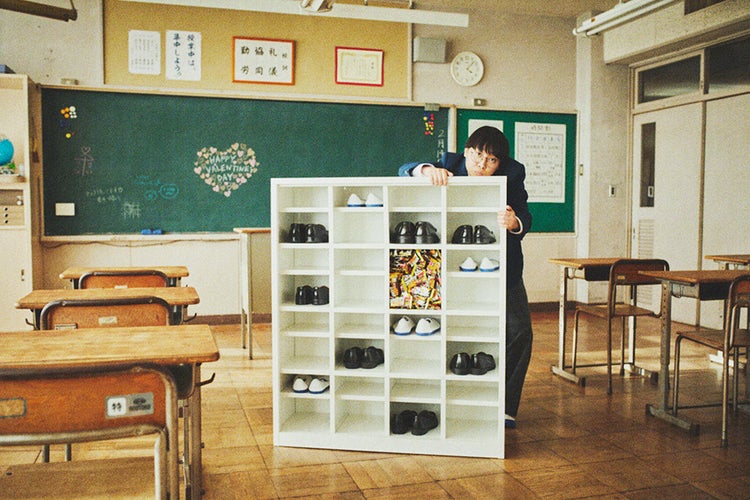 It has enough room for 32 pairs of shoes, and of course it comes with a box of Black Thunder bars. This bundle costs 22,000 yen, and it’s surprisingly still in stock.

“But I hate Valentine’s Day!” you may be thinking even as you click on this article specifically about Valentine’s Day. If you’re one of those people, these next few items are for you!

▼ First up is this “Life Destroyer” button, which supposedly destroys the lives of people living a more enjoyable one than yours. 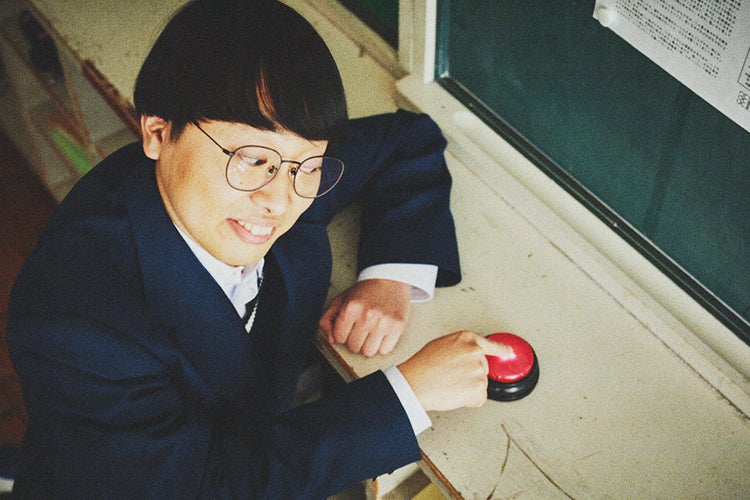 Unfortunately, Yuraku Confectionary included a disclaimer that it doesn’t actually destroy lives, though. Despite it being 3,828 yen and not including any chocolate, this one is already sold out.

▼ If you’re still forced to be around all the lovey-dovey couples though, Black Thunder is also selling a Valentine’s Oblivion Tent. 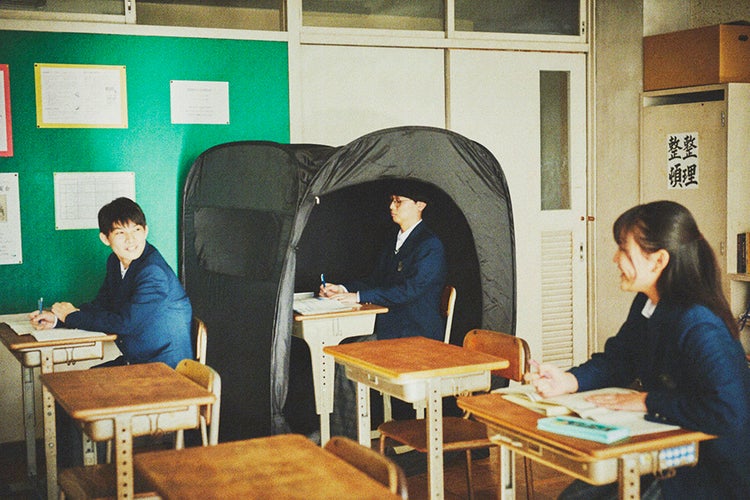 This private desk tent is made with material dark enough to block out any visual signs of Valentine’s Day around you. It doesn’t come with any chocolate, but it’s still in stock for 7,878 yen.

And finally, if you refuse to acknowledge Valentine’s Day altogether, there’s an option for that! 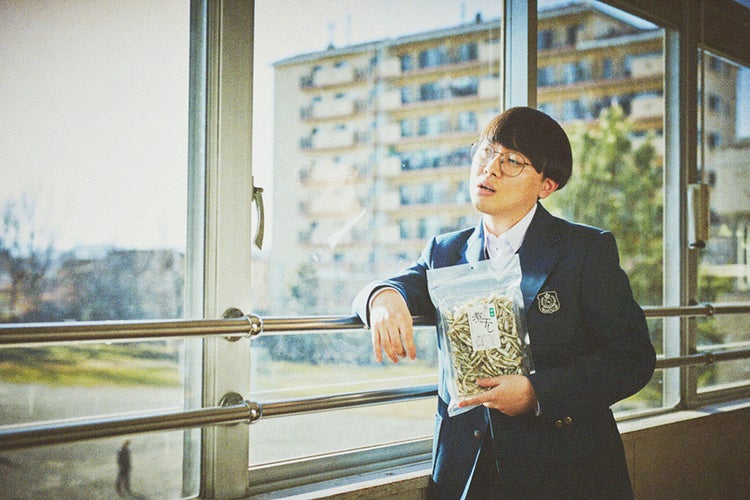 It’s a play on Japanese words, with “niboshi” meaning “dried sardines”, and the date of Valentine’s day “two one four” being pronounced as “ni bo shi“. These packs are 214 yen each, and they come with a Black Thunder bar because, hey, they’re still good no matter what you’re celebrating.

▼ And finally, the shop offers a simple box of 18 Valentine’s Black Thunder mini bars for 540 yen each. 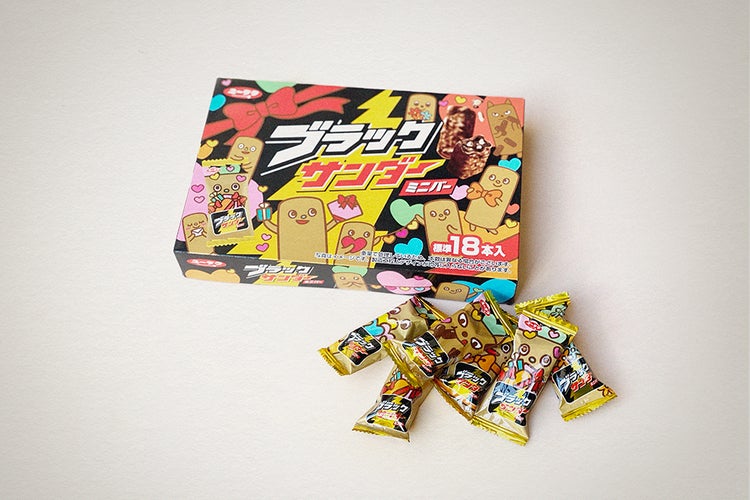 These are probably aimed at people who have realized that they’re okay with Valentine’s Day after seeing all of Black Thunder’s over-the-top choices.

The items that are still in stock will be sold until February 14, so if you haven’t planned out your Valentine’s Day yet, do it with Black Thunder! Or if it’s too much for you, there are plenty of other options instead, like cute Valentine’s doughnuts.