SMK – The National Gallery of Denmark in Copenhagen

The Museum of Modern Art announces Matisse: The Red Studio, an exhibition focusing on the genesis and history of Matisse’s The Red Studio (1911), a painting that has remained among MoMA’s most important works since it was acquired in 1949. The large canvas depicts the artist’s studio filled with his paintings and sculptures, furniture, and decorative objects. This exhibition reunites the artworks shown in The Red Studio for the first time since they left Matisse’s studio. The presentation also includes never-before-seen archival material and related paintings and drawings.

On view at MoMA from May 1 through September 10, 2022, Matisse: The Red Studio is organized by Ann Temkin, The Marie-Josée and Henry Kravis Chief Curator of Painting and Sculpture, The Museum of Modern Art, and Dorthe Aagesen, Chief Curator and Senior Researcher, SMK – National Gallery of Denmark; with the assistance of Charlotte Barat, Madeleine Haddon, and Dana Liljegren; and with the collaboration of Georges Matisse and Anne Théry, Archives Henri Matisse, Issy-lesMoulineaux, France. Following its presentation at MoMA, the exhibition will be shown at the SMK – The National Gallery of Denmark in Copenhagen from October 13, 2022, through February 26, 2023.

“Now over 110 years old, The Red Studio is both a landmark within the centuries-long tradition of studio paintings and a foundational work of modern art,” says Ann Temkin. “The picture remains a touchstone for any artist taking on the task of portraying their studio. Matisse’s radical decision to saturate the work’s surface with a layer of red has fascinated generations of scholars and artists. Yet much remains to be explored in terms of the painting’s origin and history.”

The core of the exhibition features The Red Studio alongside the surviving six paintings and four sculptures depicted in it. Created between 1898 and 1911, these objects range from familiar paintings, such as The exhibition also includes a number of paintings and drawings closely related to The Red Studio, such as Studio, Quai Saint-Michel (1916–17) and Large Red Interior (1948), which help to narrate the painting’s complex path from Matisse’s studio to its subsequent international travels and eventual acquisition by MoMA.

A rich selection of archival materials such as letters and photographs—many never before published or exhibited—disclose new information on the painting’s subject, evolution, and reception. The exhibition also includes a video devoted to conservation science, which presents recent discoveries about the process of the painting’s making.

Matisse’s The Red Studio depicts the artist’s work environment in the town of Issy-lesMoulineaux, on the outskirts of Paris. The Red Studio was painted as part of a sequence of works requested by Sergei Shchukin, Matisse’s most loyal and courageous early patron. Shchukin eagerly purchased the painting’s predecessor, The Pink Studio, but declined to acquire The Red Studio. The painting remained in Matisse’s possession for 16 years, during which time it traveled to the Second Post-Impressionist Exhibition in London in 1912 and to New York, Chicago, and Boston for the 1913 Armory Show. The Red Studio was finally purchased in 1927 by David Tennant, the founder of the Gargoyle Club in London, a members-only club that catered to artists and aristocrats alike. The painting hung in the Gargoyle Club until the early 1940s; soon after, it was purchased by Georges Keller, director of the Bignou Gallery in New York. In 1949, The Red Studio was acquired for MoMA’s collection. Since that time, it has remained one of the Museum’s most influential works and has been especially beloved by artists throughout the 20th and 21st centuries. 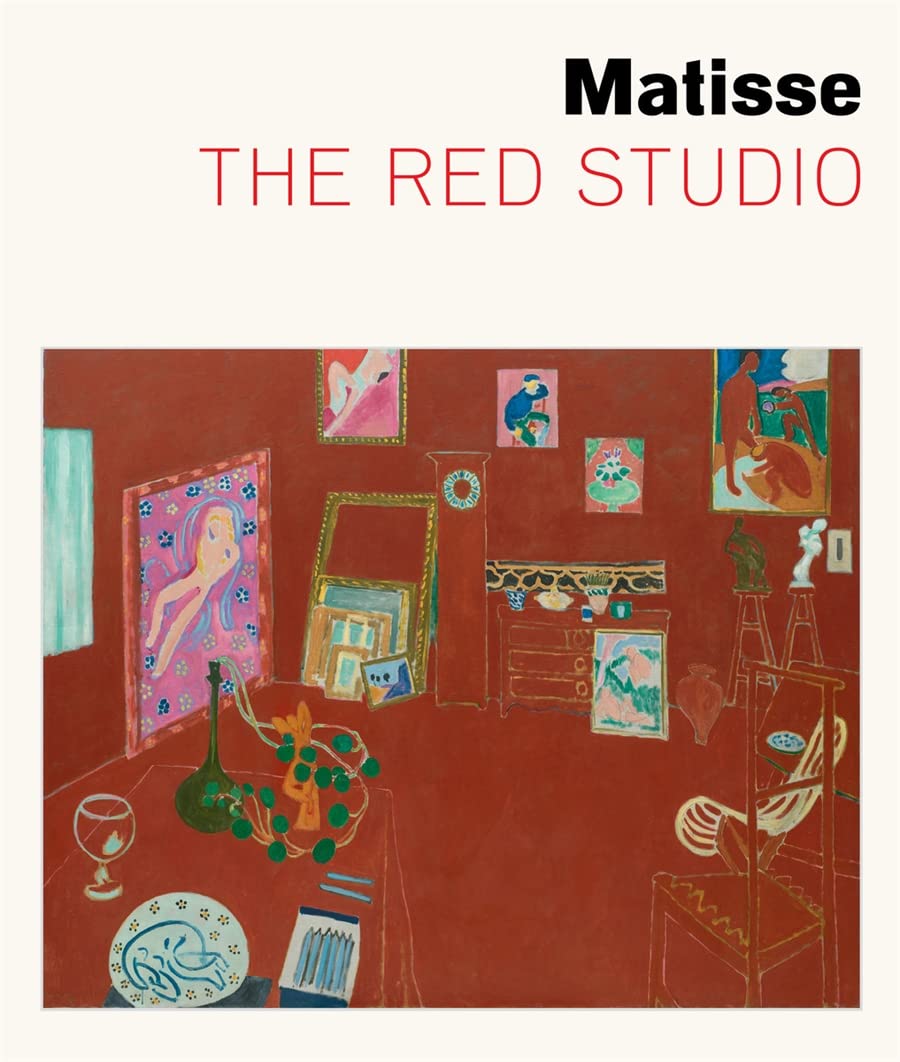 The exhibition is accompanied by a copiously illustrated volume that examines the paintings and sculptures depicted in The Red Studio, from familiar works to lesser-known pieces whose locations have only recently been discovered. A narrative essay by Ann Temkin, The Marie-Josée and Henry Kravis Chief Curator of Painting and Sculpture at The Museum of Modern Art, New York, and Dorthe Aagesen, Chief Curator and Senior Researcher at SMK in Copenhagen, traces the life of The Red Studio, from the initial commissioning of the work through its early history of exhibition and ownership to its arrival at MoMA. 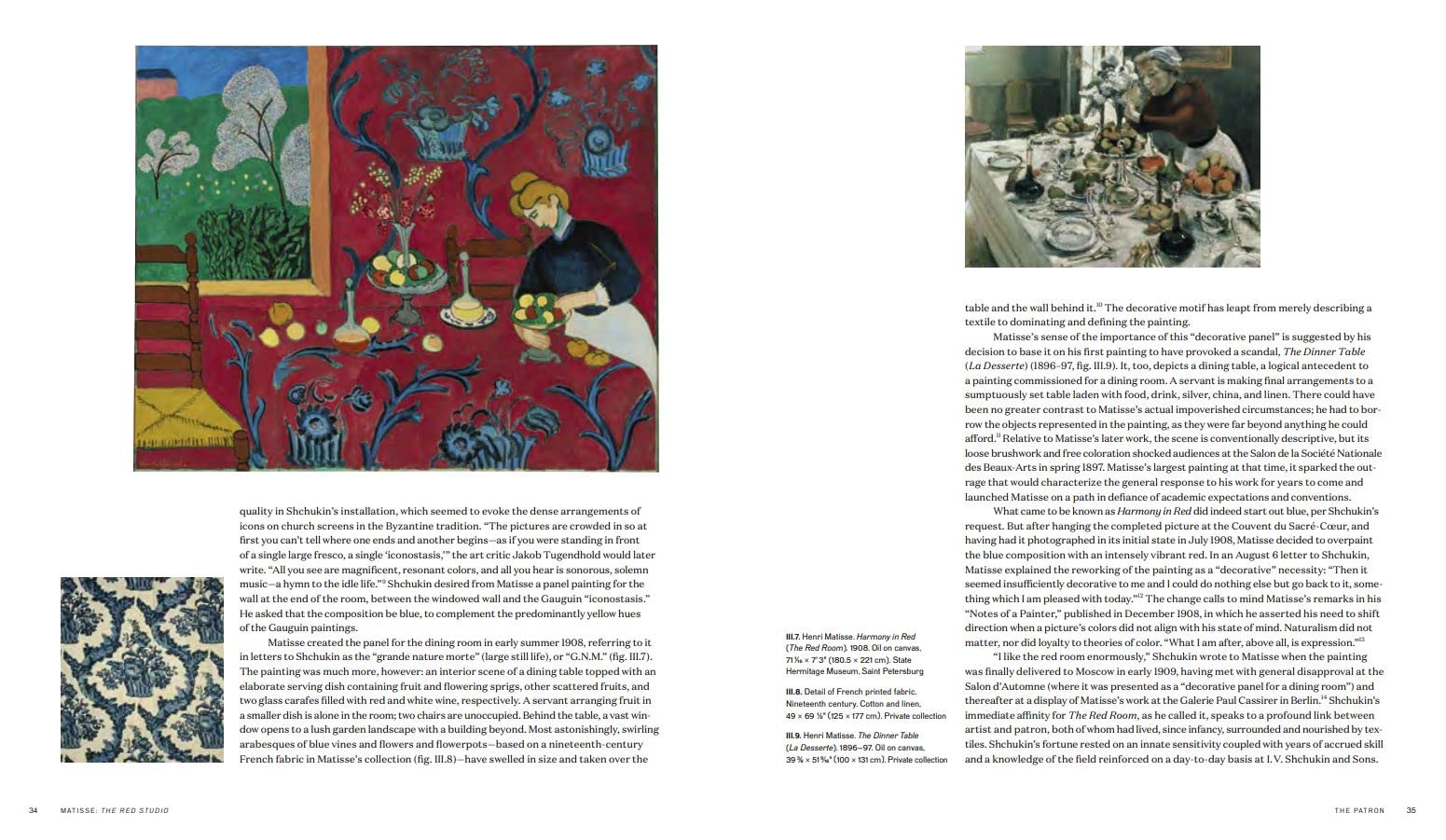 With its groundbreaking research and close reading of the work, Matisse: The Red Studio transforms our understanding of this landmark of twentieth-century art. 224 pages, 200 color illustrations. Hardcover, $55. ISBN: 978-1-63345-132-2. 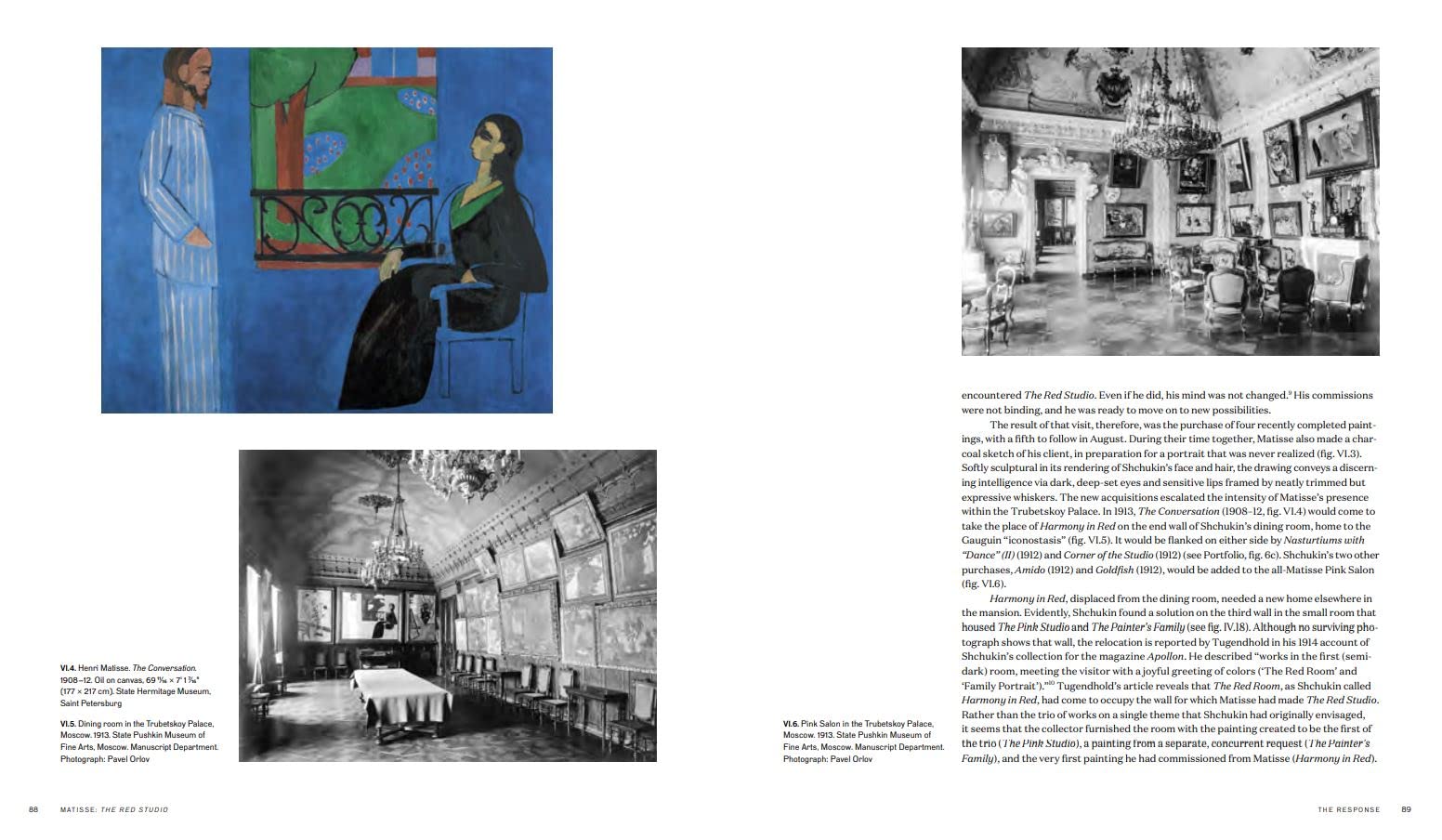 Co-published by The Museum of Modern Art, New York, and the SMK – The National Gallery of Denmark in Copenhagen. Available at MoMA stores and online at store.moma.org. Distributed to the trade through ARTBOOK|D.A.P. in the United States and Canada, and through Thames & Hudson in the rest of the world. A Danish-language edition will be available through the SMK.