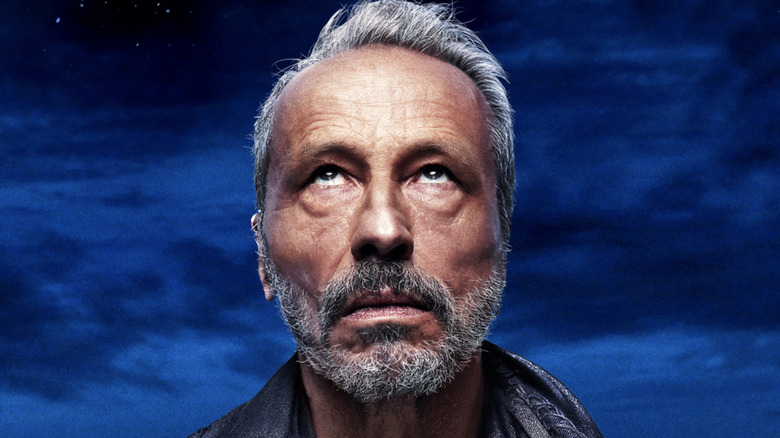 One advantage to making a movie about movie-making? The actors have a crew on hand they can use as references for their performances. That's exactly what Michael Wincott did for his role in "Nope" as Antlers Holst, a renowned cinematographer who the Hayward siblings (Daniel Kaluuya and Keke Palmer) recruit to help them photograph a UFO.

To prepare for the role, Wincott shadowed "Nope" DP Hoyte Van Hoytema. Since shooting the international hit "Let The Right One In," Hoytema has had a meteoric rise; he's currently Christopher Nolan's go-to cinematographer, having shot every one of his films since "Interstellar." Here's the advice he imparted to Wincott. 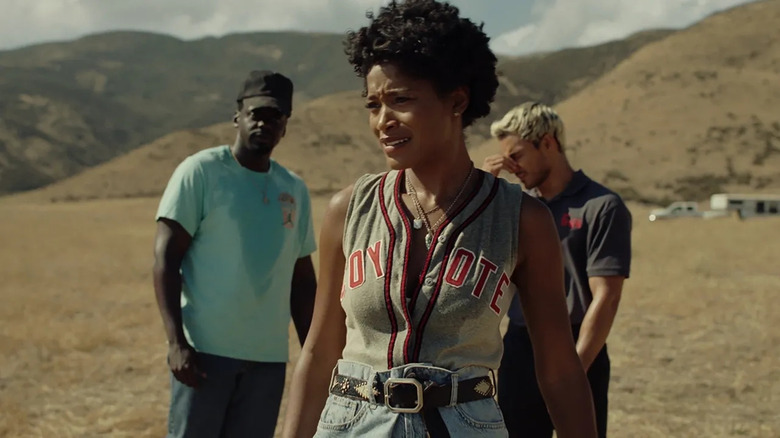 Hoytema spoke to Variety about his experience on "Nope." During the interview, he revealed that Wincott shadowing him was director Jordan Peele's idea. Apparently, Wincott took to the assignment with aplomb. Wincott doesn't have a particular reputation for being a method actor, but according to Hoytema, he behaved like one during their time together. "We hung around Panavision, the rental house," Hoytema recalled. "He was all over the cameras and inside the cameras with his hand. He had cameras on his shoulders. He was so interested in learning and talking about the job and lighting. He wasn't scared to get into the technical nitty-gritty."

Wincott's eagerness turned out to be a good thing, as in almost every scene featuring Holst, he's operating some kind of film equipment. We're introduced to him shooting a commercial while his next scenes have him sitting in front of an old-school film editing machine. In the climax, he wields a custom non-electric powered film camera; conventional cameras are useless because the UFO disrupts electronics. The film uses this for suspense when the camera runs out of the film right before the alien star of the picture is set to arrive. Any film school student who had to shoot using film will tell you what a pain reloading with darkroom changing bags can be.

The Results On Screen 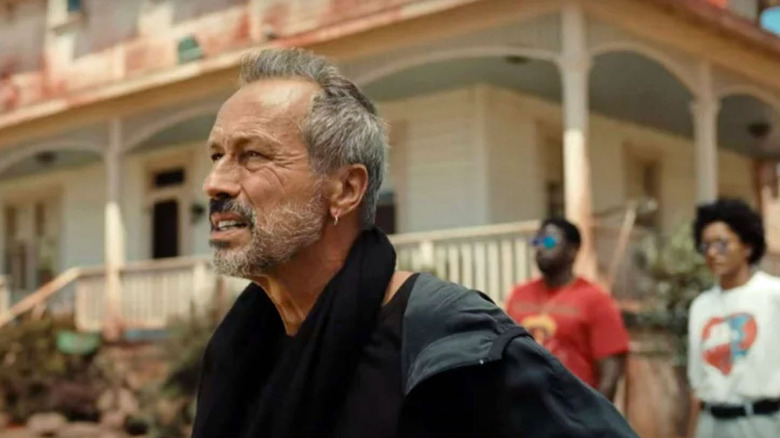 Being a cinematographer is about more than just technical know-how, there needs to be vision too. Holst's arc embodies that. What finally convinces him to help the Haywards, after initially turning them down, is the chance to film the impossible. His ambition ultimately spells his doom; his determination to get the best possible shot of the UFO is what allows the creature to devour him.

Holst even bears a very visible mark of Hoytema's influence. Throughout the film, Holst wears a long black scarf, despite the arid environment the film is set in. According to Hoytema, that costuming choice wasn't a fashion statement. "He's wearing a big black scarf, and I'm wearing a black scarf. He wears my scarf in the film," Hoytema said. Look up just about any image of Hoytema and you'll see the man does indeed love his black scarves. By Wincott wearing one in the film, Hoytema's signature in the film goes beyond his work as the DP.