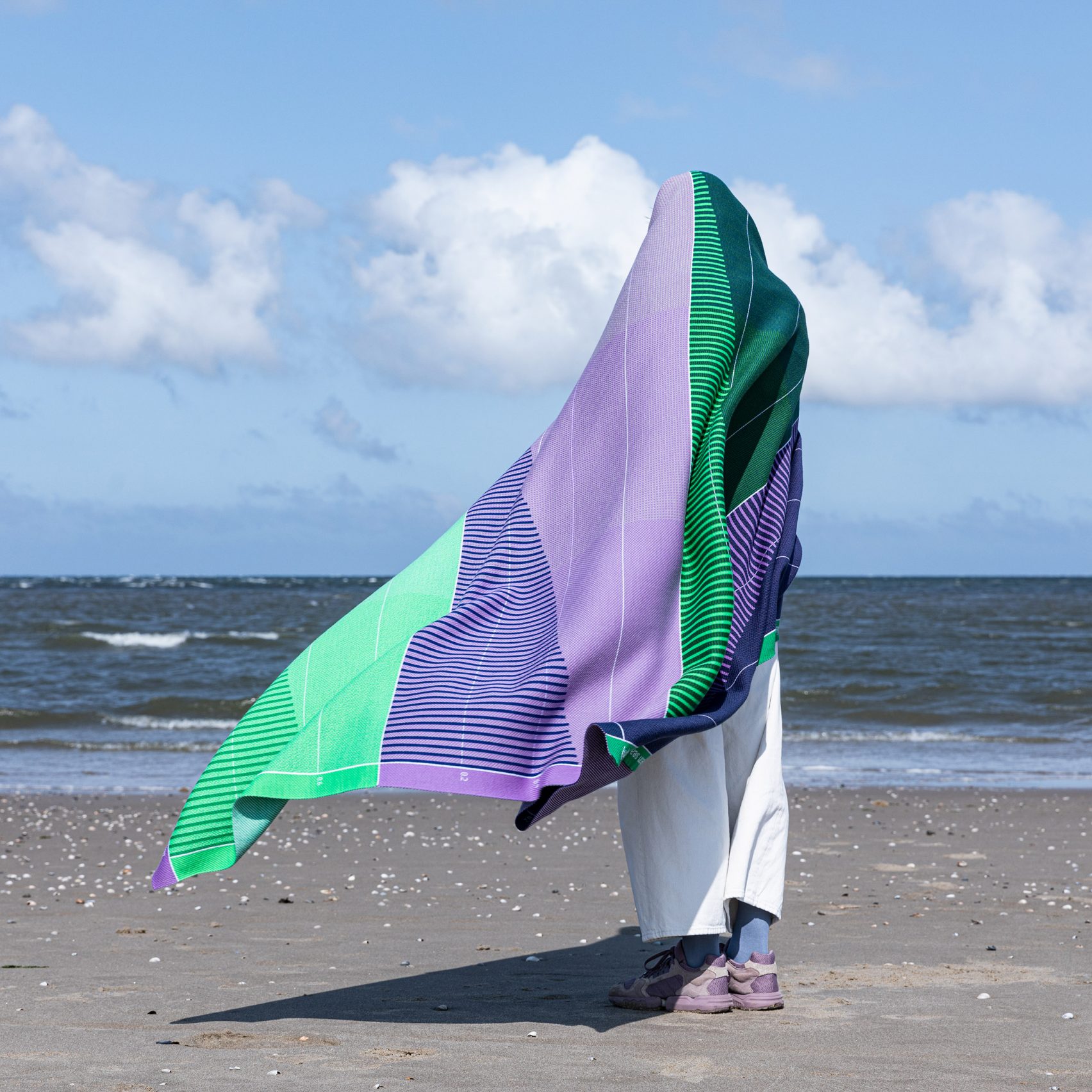 To raise awareness about environmental issues and provide a way to keep warm without turning on the heating, Dutch design studio Raw Color has created the Temperature Textiles collection, which is embedded with climate-change data.

Raw Color wanted to create pieces that draws attention to climate change and chose to focus on data because the studio regards it as an "essential visual" of the facts.

"It also has a graphic nature because data is represented by graphs, lines and colours," Raw Color co-founder Christoph Brach told Dezeen. "Therefore they are an ideal source of ingredients to transform into graphic patterns on textile."

Additionally, the studio liked the idea of textiles as a way to make information that people usually only view on a screen more tangible.

"Textile was important for us because it manifests the data permanently," said Brach. "On a screen, one sees it temporarily."

"Also, it is an object we can interact with," he continued. "A blanket can keep us warm and it can actively help to turn down the heating."

"And it is larger than a human when the data is displayed on the blanket, so it has more impact compared to a smaller screen display."

The largest items in the Temperature Textiles collection are blankets – three made using a flat knitting process and three using double knit.

The flat-knit blankets feature the different emission scenarios modelled by the United Nations Intergovernmental Panel on Climate Change, with one design focusing on temperature, one on sea-level rise and the last on emission rise. Each line represents one year from 2000 until 2100.

The double-knit blankets have a more complex collage of visualisations as the process allows for two interlocked layers of fabric to be created at the same time, incorporating height differences and embossing effects. 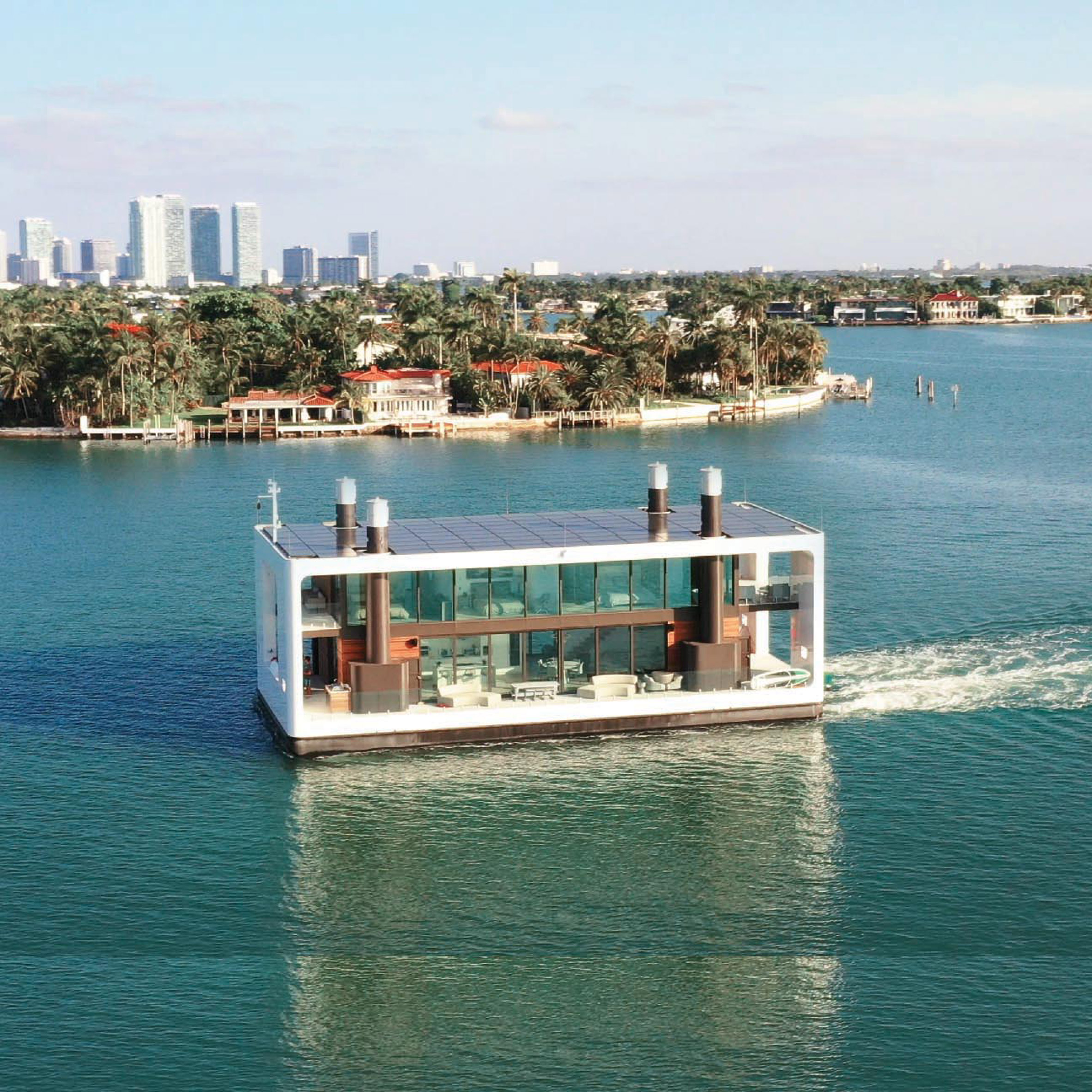 The socks and scarves, with their limited canvases, required the most selective approach to the data sets.

The socks visualise predicted sea-level rise as horizontal lines running along the back of the leg, similar to the lines of a ruler. But Raw Color could only fit one emissions scenario on the socks instead of the blankets' four – and could not use those with the most dynamic range.

"On the sock, we chose the most ideal scenario until 2050," said Brach. "Because everything else just did not fit on a regular sock. The highest highlighted line is 22 centimetres that you can feel on your ankle, the rise until 2050."

As well as taking advice from the Royal Netherlands Meteorological Institute on its use of data, Raw Color collaborated with TextielLab, the workshop of The Netherlands' TextielMuseum, on the design of the blankets, and design studio Knitwearlab on the scarves and socks.

Raw Color used the experience to learn about the different types of knitting processes and emerged with a particular appreciation for flat knit, which has a colour expression that Brach describes as "pure and vibrant".

The designers liked that the flat-knit process produces no offcuts, there is little waste and the machine can be adjusted to the size of the piece. This is in contrast to weaving, which requires the use of the full width of the loom and for the edges to be cut off.

The studio was also able to use a single material, natural merino wool, for the flat knit, whereas this was not an option for the double knit, which is a polyester blend.

Founded by Brach together with Daniera ter Haar, Raw Color is a studio that blends different design practices to explore elements of colour.

The studio has previously held an exhibition of chromatic experiments at London's Aram Gallery and bleached coded messages into scarves using a customised printer.