The Best Time to Visit Iceland: When to Go & When to Avoid 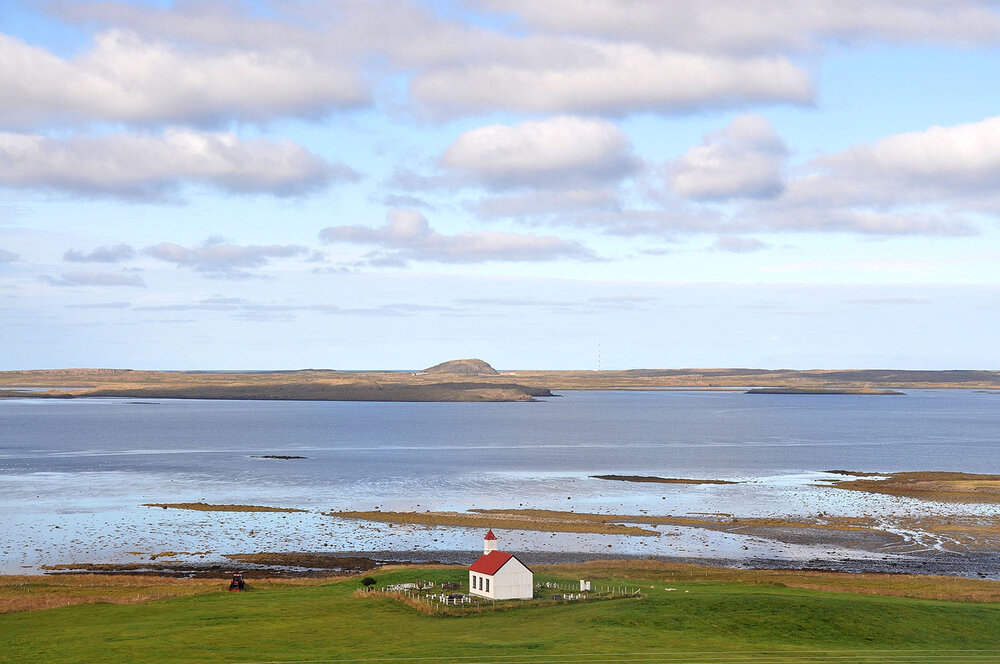 Iceland boasts a much milder climate than its name suggests. However, it still experiences 4 distinct seasons, each with its own unique draw for visitors.

Youll see migrant birds returning to the coastal areas during the spring, hiking, whale watching and music festivals draw crowds in the summer, autumn brings with it the best time for Northern Lights viewing, and powdery snow covers the land for epic snow activities come wintertime.

So this begs the question

What time of year is best to visit Iceland?

In short, youll have the best chance of comfortable weather and fewer crowds in in autumn. Your best chance of viewing the Northern Lights is in winter. Bird-watching and fishing season begins in the springtime and all of Icelands famous hiking trails are accessible during the summer.

Truthfully, as you could probably guess, there is no correct answer. The best time to visit Iceland might be different depending on what kind of traveler you are and what you hope to do and see while youre there.

Each season has its own unique draws (and drawbacks too).

Were going to go over the pros and cons of visiting Iceland during each season to help you decide which time of year is ideal for YOU.

Answer these questions to get started:

Thinking about your answers to these questions is going to help you start to determine when to visit Iceland.

Jump to the section you are looking for, or just scroll down the page. 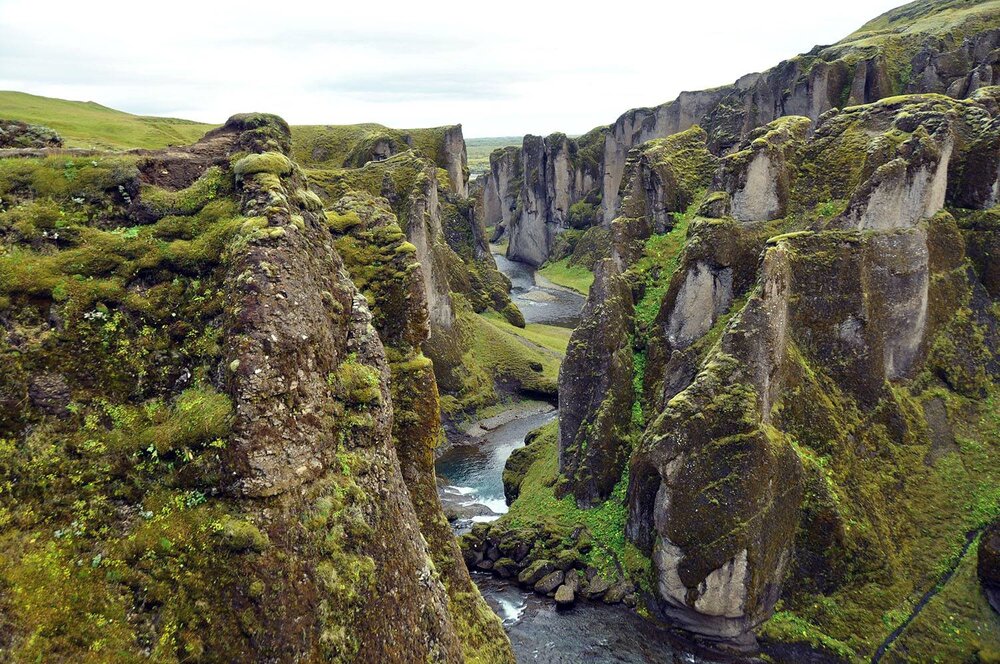 Located just below the arctic circle and situated on one of the earths hot spots, Iceland has lots of geothermal activity including hot springs, geysers, mud pools, volcanos, and the occasional earthquake.

Its one of the few places on earth where two tectonic plates meet on the earths surface (as opposed to under the water). In fact, Iceland is actually being pulled apart by the Eurasian and the North American plates. This is creating a massive divide that runs through the center of the country. At ingvellir National Park, you can actually go diving or snorkeling in the Silfrafissure between the 2 continents.

Sitting on top of a volcanic plateau, the vast majority of the country is an arctic desert. Glaciers cover over 11.5% of the country (4,600 sq miles!).

The rest of topography across the country varies from mountains and lava fields to black sand beaches and fjords, with lots and lots of waterfalls dotted in between. Most of the vegetation and agriculture is in the lowlands near the coast. 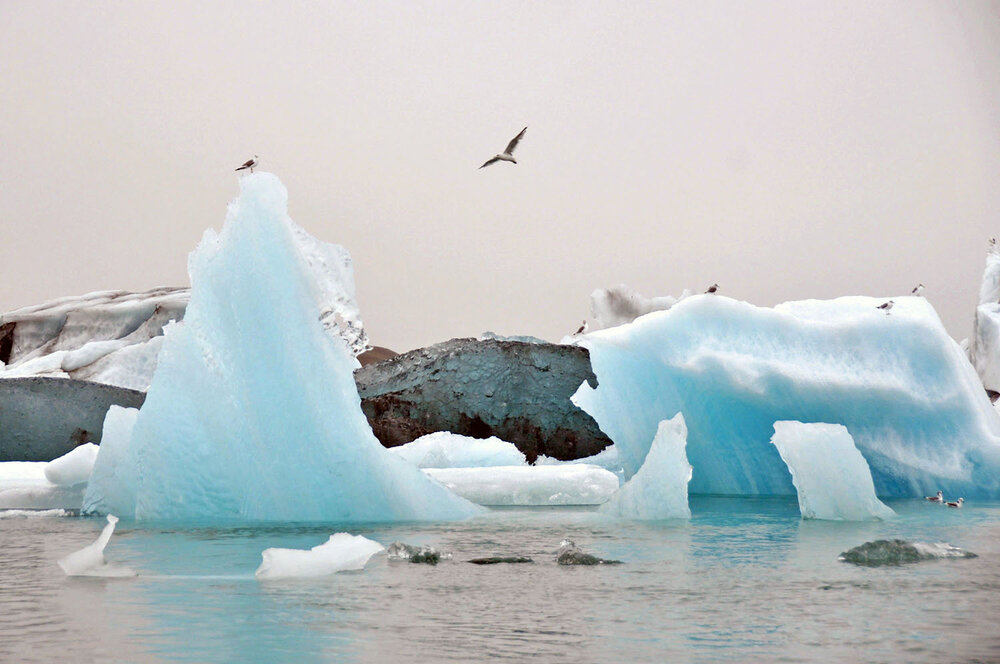 Thanks to the warming affects of the Gulf Stream, Iceland has a temperate climate year round. The country experiences cool summers and mild winters where the temps rarely drop much below freezing.

However, Iceland is infamous for its unusually volatile shifts in weather. It is not uncommon to experience all four seasons in one day. This is because the Gulf Stream brings mild Atlantic air (all the way from the Caribbean) in contact with the chilly Arctic air, which causes sudden and frequent shifts in the weather.

There is a popular saying with the locals you are sure to hear while visiting Iceland that says, If you dont like the weather, just wait 15 minutes.

Precipitation peaks from October - February with the southern and western parts of the country receiving the most rainfall.

Wind is also a big factor of the weather in Iceland. 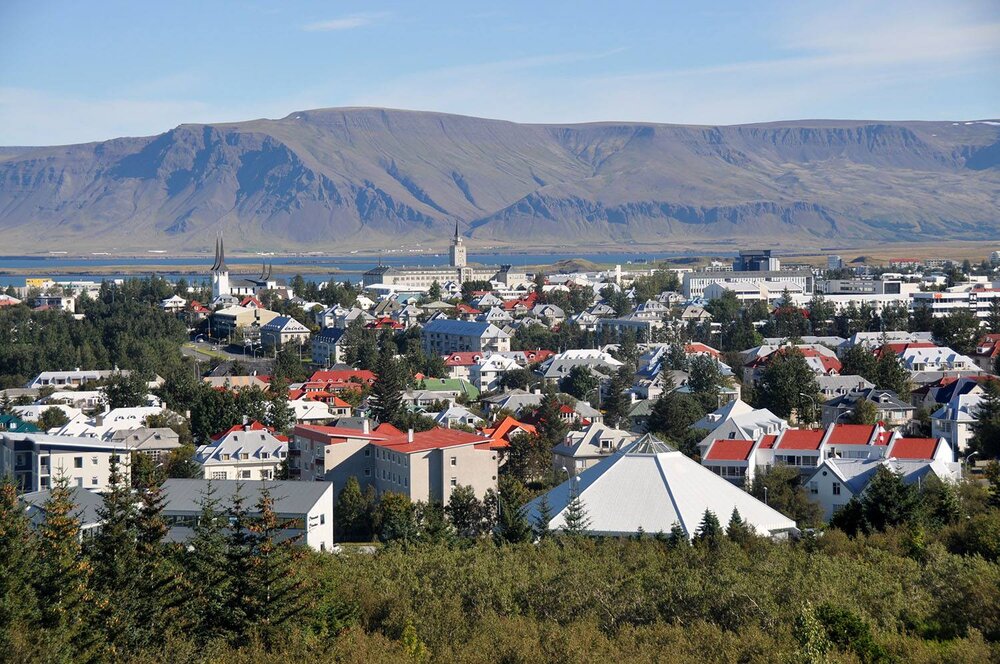 Highland roads open up after being closed all winter. This makes summer the best time for serious hikers to visit as all the famous trails that will be accessible.

The best months for whale watching are June & July. The north enjoys visits from humpbacks, minkes and dolphins from May - August and a few humpbacks even stick around until the end of the year. Blue whales are spotted passing through in June.

Summer is also Icelands peak tourism season and travelers should look at booking well in advance to secure accommodation, tours and transportation.

Summer months at a glance:

June: Summer solstice is on June 21, the longest day of the year in the northern hemisphere. This is the start of busy season as temperatures are warming up and schools are going on break.

August: The weather is still warm and tourism booming during August, although the days are getting slightly shorter. 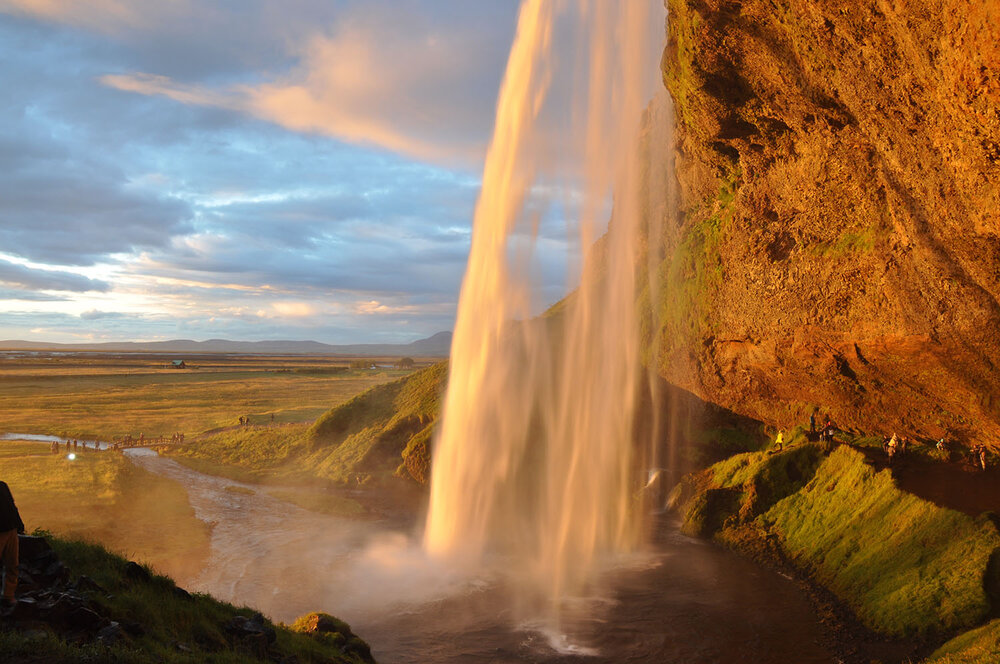 Best places to visit in the summer in Iceland

Best things to do in the summer in Iceland

Trying to figure out how to fit it all into one week? Weve put together the perfect Iceland itinerary for 1 week of travel in this nature-lovers paradise. 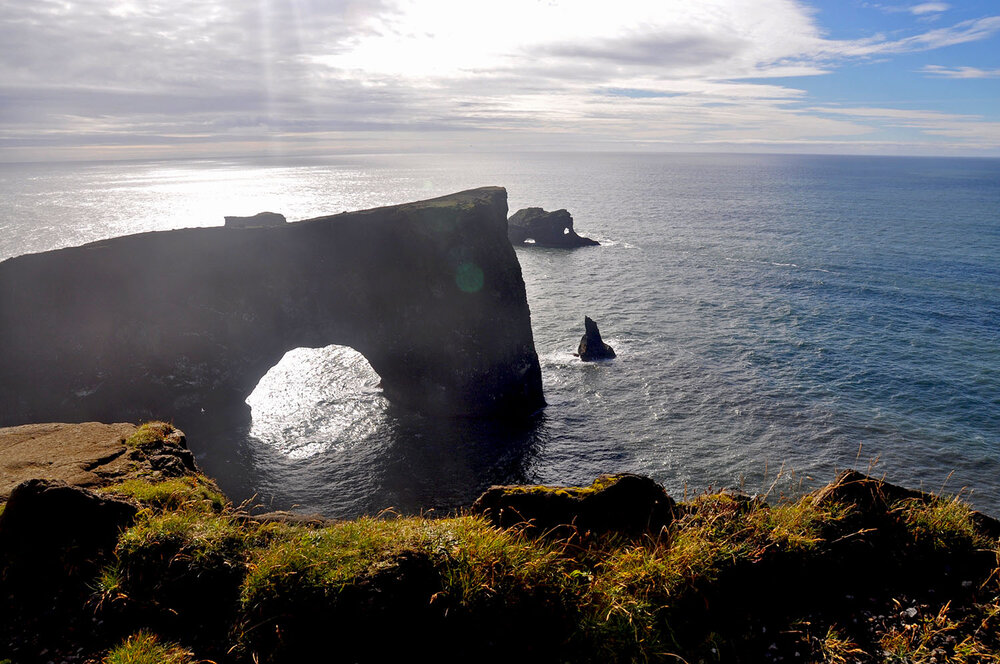 Summer is the best time to visit Iceland if

What to pack for Iceland in the summertime

What to Pack for Iceland

Packing for a trip to Iceland is tough (the weather changes all the time!). But don't worry, we've got you covered with a super detailed packing list so you know exactly what to bring.

Plus, we're sharing tons of packing hacks and tips for traveling in Iceland that you won't find anywhere else.

We spent hours creating this super helpful PDF just for you.

Enter your email below and well immediately send the packing list to your inbox (totally FREE).

We'll also be sending you bonus tips on all things Iceland: like how to find cheap flights, how much things cost in Iceland and how to choose thebest accommodation style for you!

We value you, and NEVER spam. (We hate spam too.) 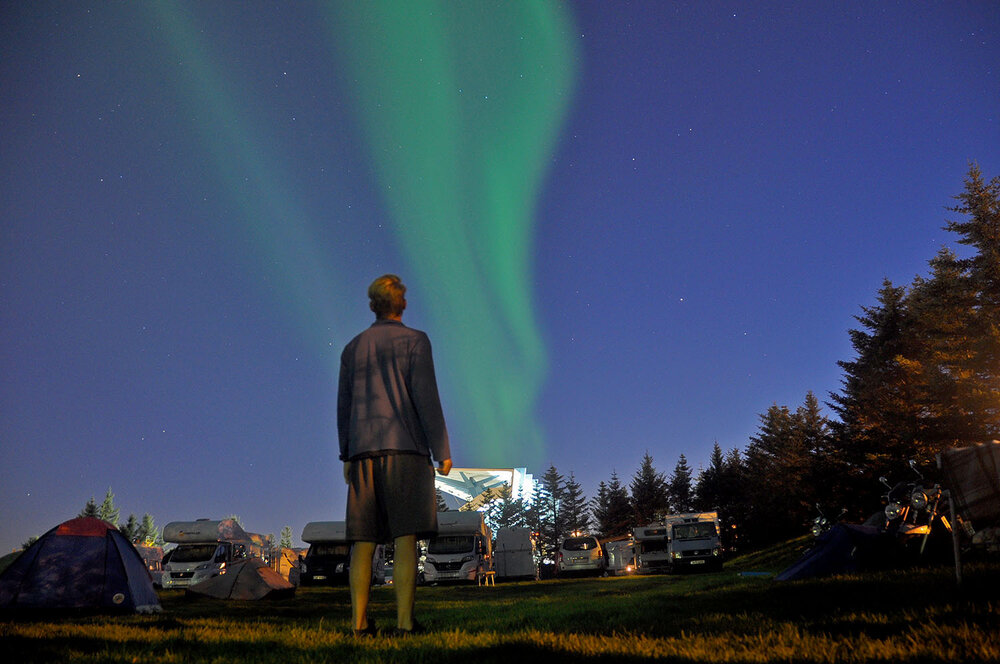 With autumn in Iceland comes cooler temperatures and the beginning of Northern Lights viewing season. While Iceland doesnt experience the changing of the leaves like other parts of the world, moss growing on volcanic lava formations gives nature an added splash of fall color.

September and October are the best months to check out the hot springs and hidden hot pots around Iceland as the mountain roads are usually still open, but the crowds have dwindled significantly.

Autumn experiences similar temperatures to the spring in Iceland, but may feel windier in comparison. However, the daylight hours are still pretty normal, so this shoulder season makes for a good time to visit without as much crowds.

Autumn months at a glance:

September: Temperatures are still fairly warm in September, and most of the crowds have thinned as children return to school.

October: Its starting to get colder during the second half of the month as we get into full shoulder season where crowds have dwindled. You might even see the first snowfall this month. 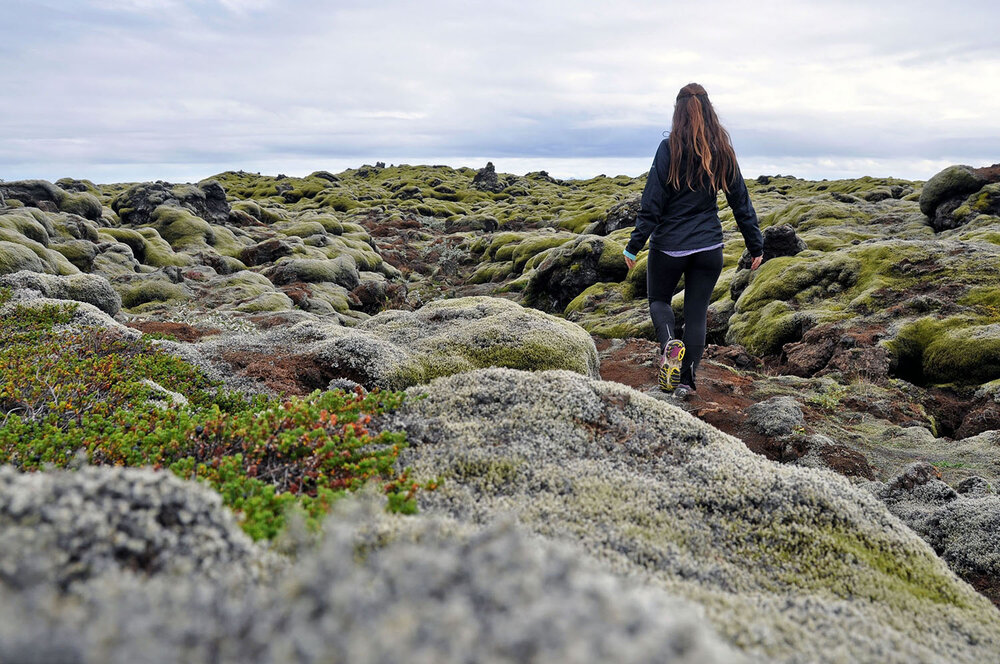 Best places to visit in autumn in Iceland

Best things to do in autumn in Iceland

Thinking about renting a car to do a roadtrip? Check out our ultimate guide to renting a car in Iceland to find all the info youll need! 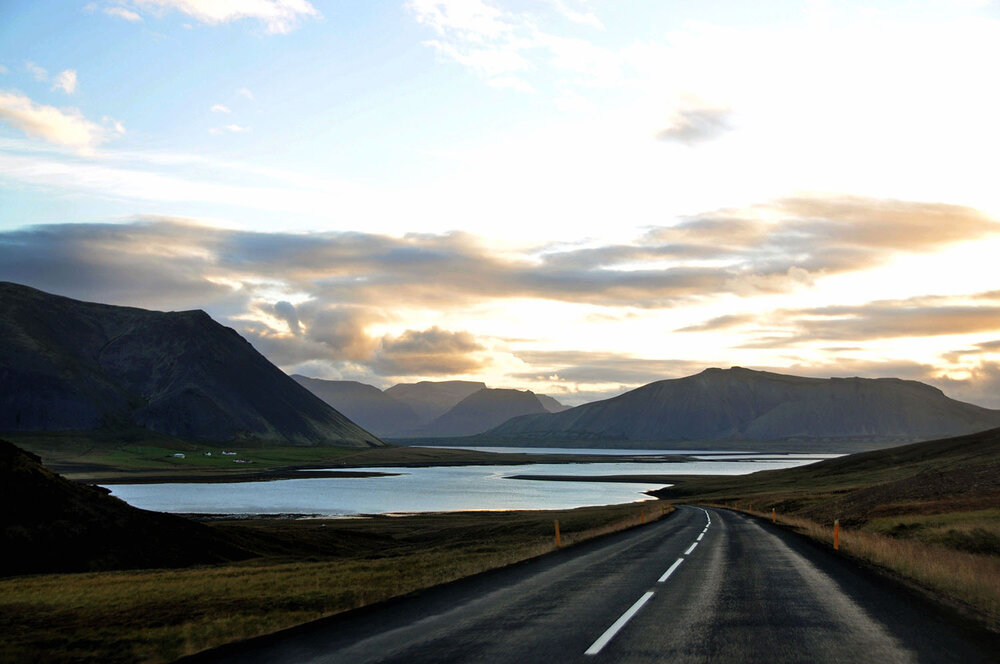 Autumn is the best time to visit Iceland if

What to pack for Iceland in the fall: 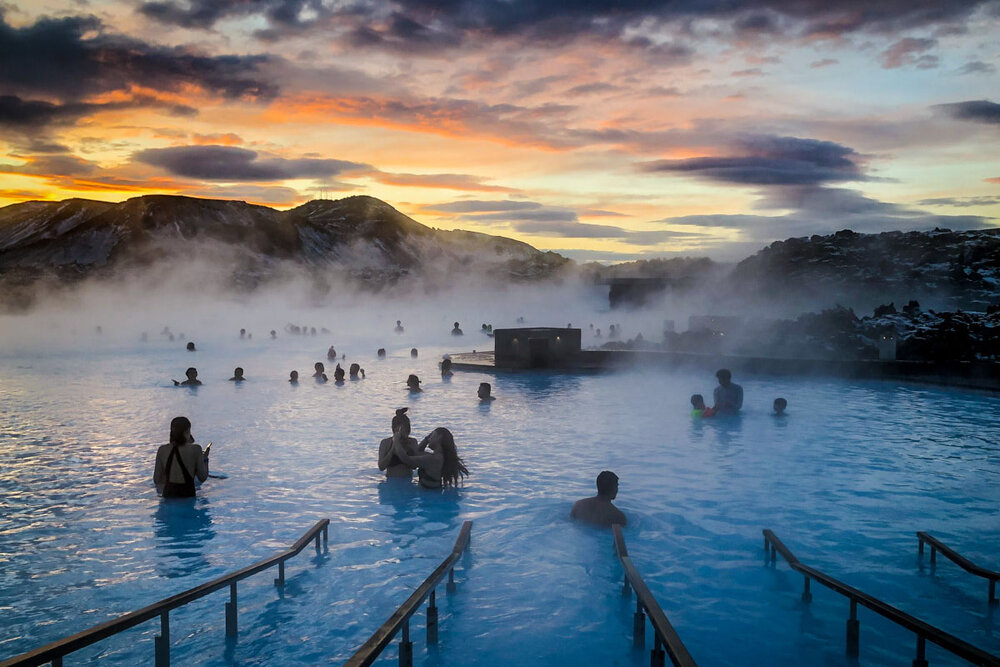 Contrary to its name, winters are remarkably mild in Iceland. The winter weather is said to be comparable to Hamburg or NYC. Snow can fall from October through April, but rarely stays on the ground for more than a few days.

The Northern Lights are best seen in the wintertime when there are long, dark nights. But it is important to keep in mind that they are still quite illusive and you shouldnt plan your trip to Iceland solely for Northern Lights, or you might wind up disappointed.

Lack of daylight from November through January is a complication for photographers and outdoor adventure seekers. However, the low angle of the sun in December casts the golden hour effect on the snow-covered landscapes and makes for excellent photographs.

Road conditions can be a bit treacherous during winter, and many highlands roads are closed, which means this is not a good time for road tripping.

Orcas can be spotted in West Iceland along the Snaefellsnes peninsula during the first half of the year, peaking in February and March.

Winter months at a glance:

November: The days are getting shorter as the winter solstice approaches. Winter activities such as snowmobiling and glacier hiking are becoming quite popular.

December: December is the peak of winter solstice which means the darkest/shortest days of the year in the northern hemisphere. There can be as little as 4-5 hours of daylight in Iceland during December.

January: New Years celebrations kick off the start of the year in January. The days are once again beginning to get longer, and the Icelandic people do not let the cold stand in their way of participating in all sorts of outdoor activities in the snow.

February: Iceland is covered in a white blanket of snow making this a beautiful time of the year to explore some of the natural wonders. Northern Lights viewing is best during February and March.

March: Still wintertime in Iceland, March is another great month for viewing the Northern Lights. The daylight hours begin to increase and the locals are getting ready for spring. 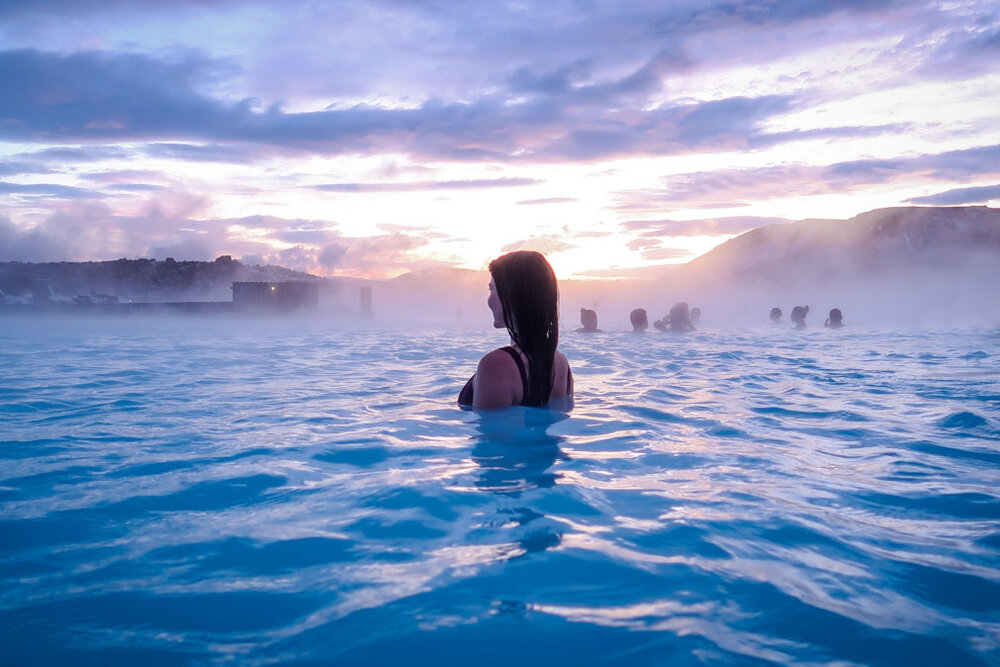 Best places to visit in the winter in Iceland

Wondering how you can afford to see everything there is to see while staying on budget? Weve got you covered with our money-saving tips for Iceland.

Best things to do in the winter in Iceland 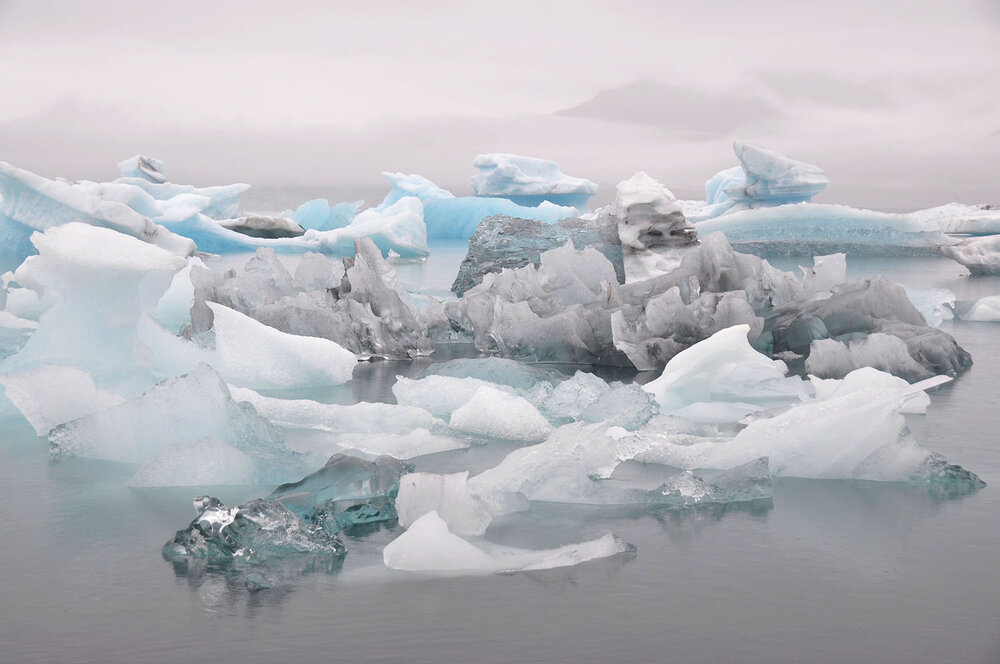 Winter is the best time to visit Iceland if

What to pack for Iceland in the wintertime: 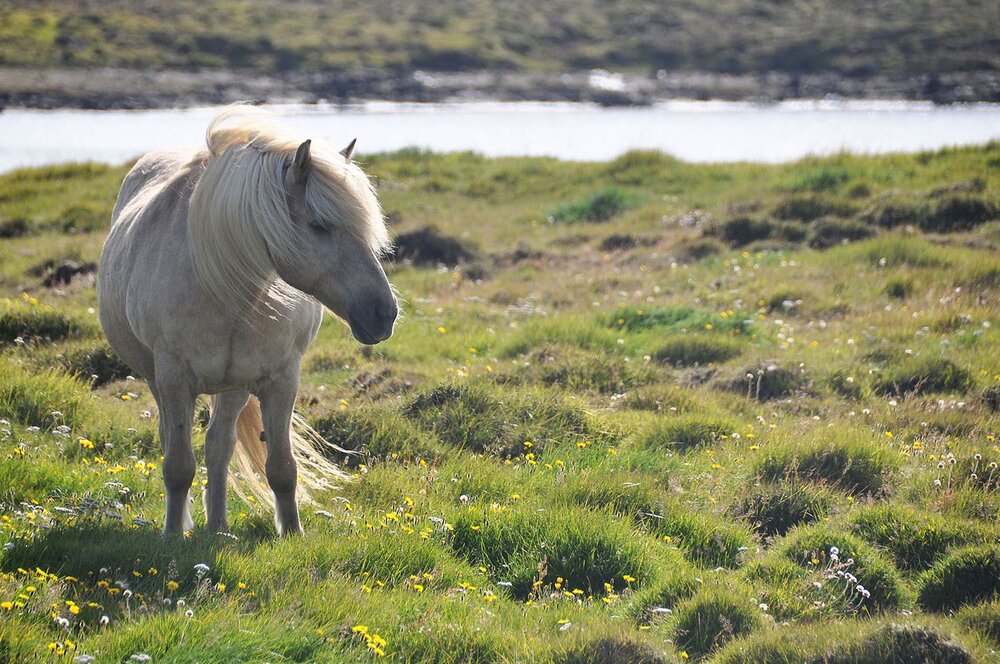 The snow is melting and rain and wind are the primary weather patterns during the spring in Iceland. However, you will get the occasional clear and sunny day.

Temperatures start to warm up and nature comes back to life. Migrant birds, such as the puffin, start returning to the coastal areas and bird-viewing becomes a popular activity.

April through May is the spring shoulder season in Iceland. It is still possible to catch the Northern Lights, however, your chances of a good viewing are significantly decreased as the days get longer.

Wondering what to budget for a week in Iceland? Weve got you covered with our full Iceland budget breakdown.

Spring months at a glance:

April: Icelanders celebrate the official first day of summer on the first Thursday after the 18th of April, which is a public holiday. Although the weather will likely have you guessing its the first day of spring.

May: Ample daylight for sightseeing and temps are beginning to warm up. However, some of the roads remain closed as they are still thawing out from the winters snow and ice cover. 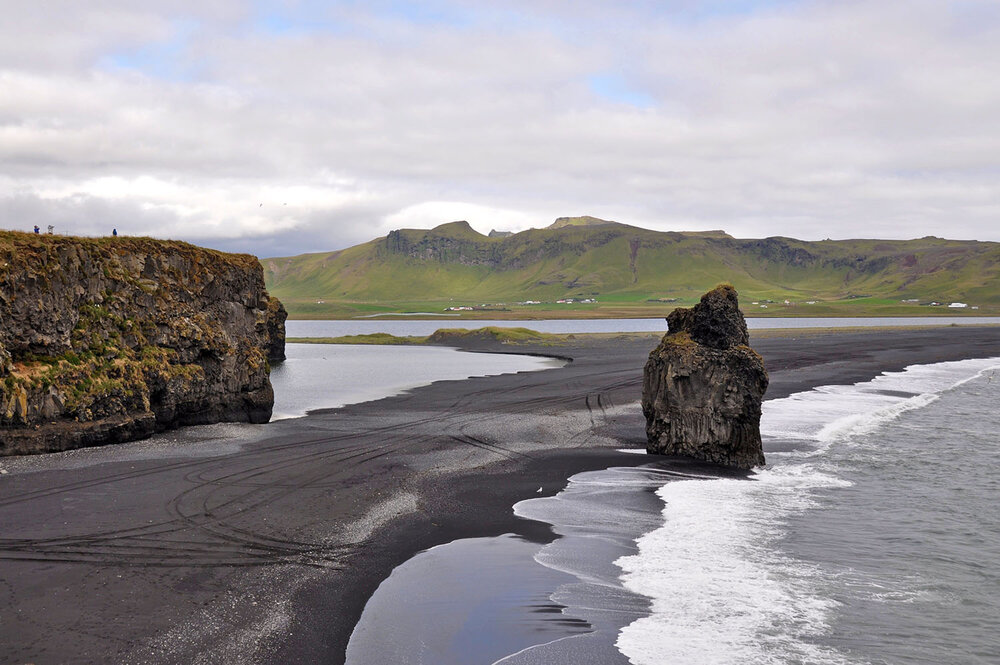 Best places to visit during spring in Iceland

Best things to do during spring in Iceland 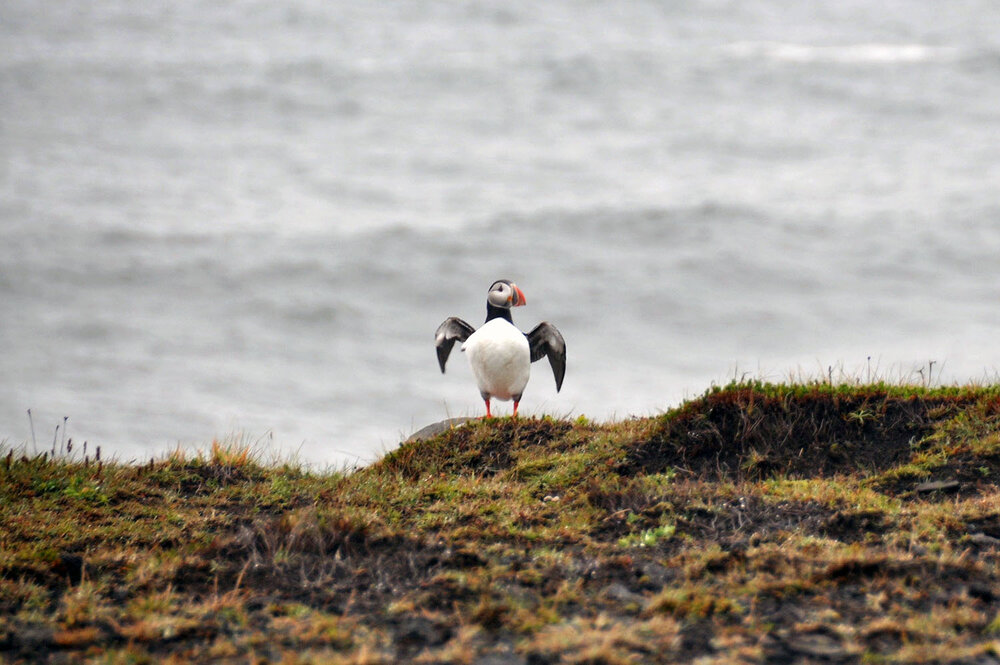 Spring is the best time to visit Iceland if

What to pack for Iceland in the springtime: 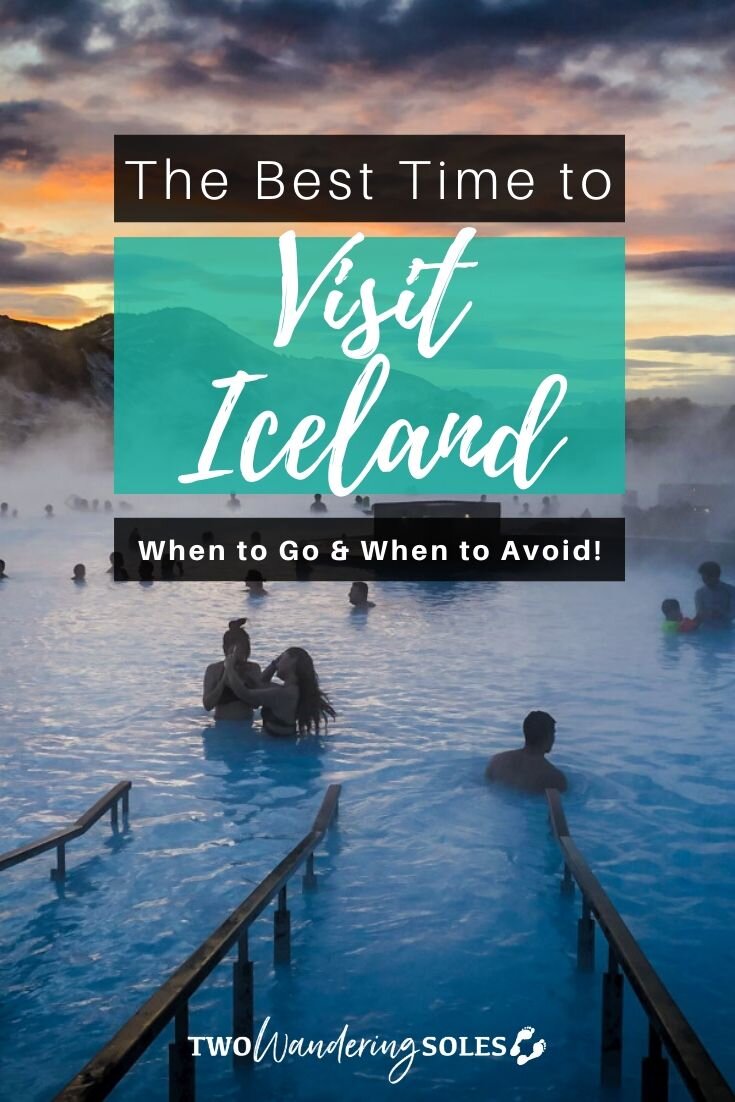 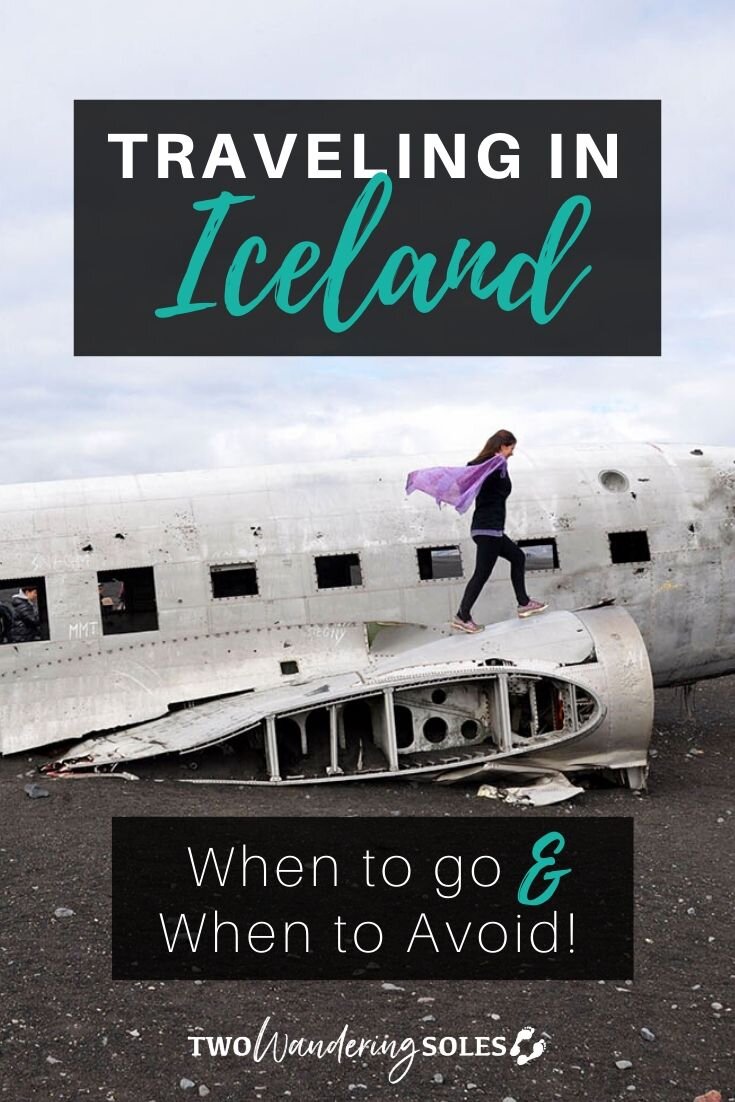 We want to hear from you!

Are you planning a trip to Iceland sometime soon? When will you be traveling? Do you have any more questions you want answered?

Comment below and well do our best to get back to you with the answers you need!