The First 'Lyle, Lyle, Crocodile’ Trailer Is So F**king Good 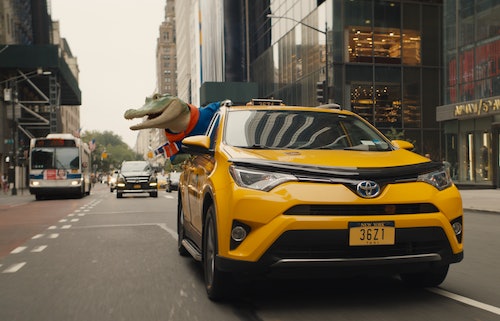 The best storybook crocodile is back! We’ve been stoked about Lyle, Lyle, Crocodile getting the big-screen treatment since last summer, when Sony announced they’d tapped the great Javier Bardem to star in a live-action/CG hybrid adaptation of the beloved children’s book series by Bernard Waber. Well, the studio just dropped a teaser trailer for the film, which will open this fall, and now we’re even more excited. It’s two minutes of outlandish fun, catchy music – with Shawn Mendes voicing Lyle! – and such seamless CG that you’ll truly believe that a big, goofy crocodile resides in The House on East 88th Street, which was the title of the first book in the Lyle, Lyle Crocodile series.

Here’s the actual trailer for the movie. It looks fun, over the top, and legitimately great.

Who is Javier Bardem playing in Lyle, Lyle, Crocodile?

Javier Bardem is playing Signor Valenti, who, in the books, is the original owner of Lyle. You could view him as the villain of the first book, which works for Bardem’s excellent acting skills. But, the trailer makes Signor Valenti seem nicer than in the books?

What is the plot of Lyle, Lyle Crocodile?

Based on the best-selling book series by Bernard Waber, Lyle, Lyle, Crocodile is a live-action/CGI musical comedy. Basically, a family finds a talking crocodile in their New York City apartment, and things go from there.

Here’s the official synopsis from Sony:

When the Primm family (Constance Wu, Scoot McNairy, Winslow Fegley) moves to New York City, their young son Josh (Fegley) struggles to adapt to his new school and new friends. All of that changes when he discovers Lyle - a singing crocodile (Shawn Mendes) who loves baths, caviar and great music-living in the attic of his new home. The two become fast friends, but when Lyle’s existence is threatened by evil neighbor Mr. Grumps (Brett Gelman, the Stranger Things scene-stealer), the Primm’s must band together with Lyle’s charismatic owner, Hector P. Valenti (Javier Bardem), to show the world that family can come from the most unexpected places and there’s nothing wrong with a big singing crocodile with an even bigger personality.” 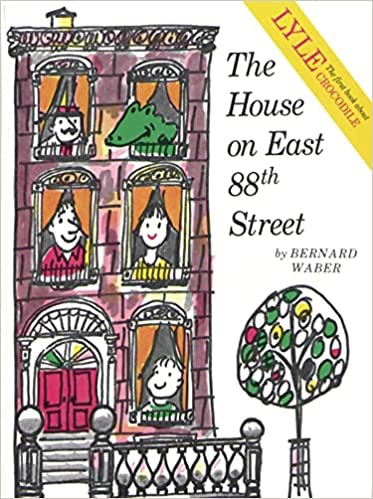 The trailer perfectly captures the madcap spirit of the book. When Mom argues against keeping Lyle because he’s, you know, a crocodile, Josh notes that, yes, crocodiles do have a taste for human flesh, but insists that Lyle’s not like that. “He wears a scarf… and can sing!” And those songs should be strong, since they’ll be sung by the talented Mendes and are written by Benj Pasek and Justin Paul, the duo behind The Greatest Showman, as well as Ari Afsar, Emily Gardner Xu Hall, Mark Sonnenblick, and Joriah Kwamé.

Lyle, Lyle Crocodile hits theaters on October 7, 2022. So, we’ll see you in a while, crocodile!