VBT and Giveaway: Among the Pages by Sara R Turnquist

Among the Pages
by Sara R. Turnquist 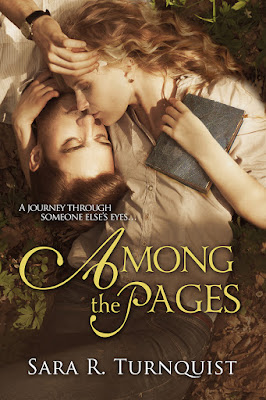 ~~~~~~~~~~~~~
GENRE: Historical Romance (sweet)
~~~~~~~~~~~~~
BLURB:
A woman’s choice…is in question.
Brianne is a somewhat naïve college freshman. She becomes disillusioned as her professors and peers challenge many of her long-held beliefs. When she finds a diary that belonged to a distant relative, she hopes it will offer much needed distraction. And she is soon drawn into the story of a passionate woman who seems to whisper from the past.
In 1915’s New York, idealist and primary teacher Margaret struggles with the problems women face at home and in society. She is first timid about speaking her mind, but in time cannot keep her impassioned spirit hidden—not even from the gentleman who teaches in the classroom next door. His concern for her stretches the limits of their friendship, pressing into something more. Caught up in the Women’s Suffrage Movement, she faces down authority figures and others who question her beliefs.
And so, Brianne is whisked along on this journey as Margaret joins the fight for women’s rights, all the while trying to work through her own questions and experiences with modern feminism.
Before long, things spin out of control and she wonders where her newfound relationship fits into everything? Are there any clear answers? Will she land on her feet? Or be forever lost to herself?
~~~~~~~~~~~~~
EXCERPT:
HISTORICAL TIME PERIOD – Margaret attends a speech/rally
“And they say we cannot gather and not speak of the vote. What exactly shall be their reasoning for not permitting us the vote? The lack of education from whence they first deprived us? This, and their own insistence that we are not knowledgeable about the workings of the government, politics, and society? And why should we not be? Because we are consigned to the home.”
The crowd murmured in agreement as the speaker continued driving her points.
Margaret nodded along, lost in the speech.
Voices in the crowd grew more aggressive. And progressively louder.
Margaret glanced around, her gaze shifting from one side to the other.
People around pressed in toward the speaker.
Margaret’s heart squeezed. This could not be good. It would not end well. She scanned the faces nearby. So many. All caught up in emotions provoked by the speaker’s words.
What would happen? This could not escape the notice of others. Of those who would oppose…
She swallowed. Hard. Her breaths came rapidly as she thought about the gathering being moved upon.
Jerking her head from side to side, she spotted an opening in the bodies around her. She slipped through and moved farther away from the group.
And once she deemed herself at a safe distance, she took notice of the onlookers. Their disapproving glares stabbed at her.
Dare she defend the women? The speaker?
Her hands shook. And her heart raced.
She just…couldn’t. So she shrunk back across the street and watched from an even greater distance.
Moments later, hoof beats clomped on the pavement.
Her breath caught in her throat.
Police swept down upon the gathering. Had they come to break up the meeting or intimidate?
She didn't stay to find out. Shrinking farther into the approaching darkness, she slipped into anonymity.
~~~~~~~~~~~~~
AUTHOR Bio and Links: 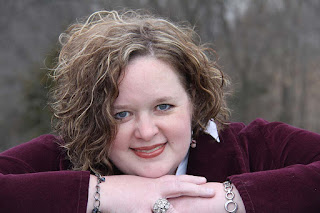 Sara is a coffee lovin', word slinging, Historical Romance author whose super power is converting caffeine into novels. She loves those odd little tidbits of history that are stranger than fiction. That's what inspires her. Well, that and a good love story.
But of all the love stories she knows, hers is her favorite. She lives happily with her own Prince Charming and their gaggle of minions. Three to be exact. They sure know how to distract a writer! But, alas, the stories must be written, even if it must happen in the wee hours of the morning.
Sara is an avid reader and enjoys reading and writing clean Historical Romance when she’s not traveling. Her books range from the Czech lands to the American wild west and from ancient Egypt to the early 1900s. Some of her titles include The Lady Bornekova, Hope in Cripple Creek, The General’s Wife, Trail of Fears, and the Convenient Risk Series.
Happy Reading!
Website:   http://saraturnquist.com/
Twitter:  @sarat1701
https://twitter.com/sarat1701
Facebook Author        @authorsararturnquist
Page:                                       https://www.facebook.com/authorsararturnquist/
Instagram:       @sarat0103
https://www.instagram.com/sarat0103/
Pinterest:         @saravturnquist
https://www.pinterest.com/saravturnquist/
YouTube:        Sara Turnquist
https://bit.ly/sara-youtube
Buy Link:  https://www.amazon.com/dp/B08BH42H5X/ref=sr_1_1

Any weird things you do when you’re alone?
Like try to move things with my mind? No, not me…not at all…
What is your favorite quote and why?
“Keep your face to the sun and you will never see the shadows.” ― Helen Keller
Helen Keller captivated my interest early on in my life. Her story is just fascinating. But this quote is especially intriguing to me. Why would a blind person say “keep your face to the sun”? She never saw the sun. It’s a purely theoretical idea for her. But it’s true. She had to trust that this was true, though. She couldn’t know that this was true for herself. But it is. If we keep our face turned toward the truth/the light (the not-darkness), it will eliminate the shadows (things that we fear or that seem uneasy/unstable in life).
Who is your favorite author and why?
I love, love, love Tamara Leigh’s work. She writes clean Historical Romance in the Medieval Period. She does excellent, and very thorough research but does not let her commitment to accuracy detract from the story. You are definitely transported to this different time and place when you read her work. You get caught up in the story, with the characters and conflict. She’s got a gift.
What, in your opinion, are the most important elements of good writing?
Some of these things – good research, but not flaunting it for the sake of showing off…using it to support the story. Writing deeply in the characters point of view such that the reader feels as if they are experiencing things with the character. A book that edifies the reader in some way without preaching, but leaves an imprint, an impression on the reader.
Where did you get the idea for this book?

I was very curious about the Women’s Suffrage Movement. The fact that it spanned 80 years! If you will allow the comparison, it was the longest lasting war in the US. These women stood up against overwhelming opposition for the hope of a better life for their daughters and granddaughters. So many of the leaders who rallied in the beginning of the movement’s work did not live to see the passage of the 19thAmendment. But I thought to view it through the eyes of a woman in the throes of the movement and a naïve college freshman, raised in a religiously conservative home looking at the modern feminist movement. That intrigued me greatly.


DON'T FORGET TO FOLLOW THE TOUR AND COMMENT
ON EACH STOP TO EARN MORE ENTRIES TO WIN!