Commonly referred to as “VK” and “V-kei,” Visual Kei fashion first emerged in the early 1980s underground Japanese music scene. Popular bands including X Japan, Buck-Tick, and Dead End are credited with being the early pioneers of the distinctive style.

As Western music superstars including Kiss and David Bowie influenced Japanese rock in the late ’80s and early ’90s, the music scene — as well as the accompanying fashion trends — began to take on a unique identity of its own, borrowing elements of heavy metal, hard rock, punk, and glam rock.

Visual Kei, with its many substyles, is the product of all of these influences combined. It’s equal parts edgy, gothic, rave, glam, and punk, and most importantly, there are no limits.

It is a style most often characterized by androgynous outfits, over-the-top hairstyles, and dramatic makeup for both women and men.

Global awareness of Visual Kei has spread primarily through the ever-increasing popularity of Japanese anime, and its biggest communities around the world are in the United States, Russia, Brazil, Germany, and Poland.

With no real style rules to follow and not many shops catering specifically to this genre, the only limitation is your imagination. Here, we take a closer look at several of the eccentric Visual Kei substyles and offer some guidance on how to make them work for you.

While there are some common elements among the many Visual Kei substyles, such as shocking hairstyles and makeup, the overall emphasis is on individuality and freedom of expression through fashion.

Each of the substyles, as you’ll soon see, is distinct, but don’t feel as though you have to choose just one. Just like all the other (non) rules of Visual Kei, there is no one right way to wear this fashion.

“Oshare” literally means fashionable or stylish, and this style is every bit of that. This is one of Visual Kei’s most well-defined and newest substyles, having emerged in the early 2000s with the worldwide obsession with pop music.

Bright, cheerful colors are the signature of Oshare Kei, along with brightly-colored contacts and minimal makeup, save for dramatic eyeliner.

Oshare Kei outfits tend to be extremely flashy with tons of embellishments and clashing colors and patterns. Hot pink and other neon colors are wildly popular choices for both women and men.

Since Oshare Kei is all about the happy colors, keep it light with pastels. Ladies, try a tie-dye shirt like this one and fellas, check out this amazing iridescent vest. Accessorize the look with star rings and a bright scarf.

This substyle is considered the closest spinoff to the original visual kei. Common fashion themes include dark colors, roses, crosses, and blood, all done up in great detail. The more bizarre or decadent, the better. Both males and females heavily favor corsets and tights, and anything in vinyl or leather, as well as exaggerated platform shoes and very heavy makeup. Hairstyles are typically extreme and shocking, and face makeup is kept pale, while the eyes and lips are highlighted with dark, dramatic colors.

To create your own Kote Kote-Kei look, you’ll need to start with a pair of black vinyl pants and a sky-high pair of platform boots. From there, add some vinyl gloves and don’t forget a lace-up corset.

Props and accessories are the keys to pulling off the Eroguro Kei look properly. Think dramatic headwear, over-the-top fashions, and floor-length coats with intricate details.

This style is very similar to the original Visual Kei, but there is a large emphasis on traditional Japanese outfits, such as kimonos. Color schemes tend to be primarily black, but other colors are seen mixed in as well — remember, there are no true rules in Visual Kei. While not required, white face makeup with dark eye and lip makeup is a common theme. Hair tends to be either a traditional style in a decidedly non-traditional color, or a shocking color such as bright red or blue. Traditional Japanese floral arrangements worn in the hair are popular, alongside modern edgy accessories such as spikes and chains. Shoes are sometimes knee-high leather boots, and others, traditional Japanese footwear.

A gothic kimono should be the focal point of your Angura Kei look, whether you’re male or female. Add in a great pair of thigh-high boots, and accessories made up of plenty of flashy chains.

Exactly what it sounds like, this is a pared-down version of the original Visual Kei style. A solid or graphic tee and basic jeans, pants, or a skirt are a great way to start experimenting with VK. Think of it as a blank canvas for which you can create your fashionable art on. Fashion is art, after all. Begin building on from there, adding accessories such as arm warmers, scarves, jewelry, buckles, continuing to add more and more until you’ve mastered the look. Remember, you can always add on!

Since you want to start small and build from there, start with a pair of classic steampunk-inspired black pants. Add some arm warmers, plenty of edgy bracelets and cuffs, and a statement belt or a studded beanie.

The name of this substyle translates literally to “black clothing,” and it is exactly that. Most often, Kurofuku Kei means dressing in all-black suits, typically paired with edgy boots and sometimes fur accessories. It is a simple yet very dark and elegant fashion trend. Hair and makeup tends to be much less severe than in other Visual Kei substyles, with an emphasis on simple dark eye makeup and dramatic black hair. 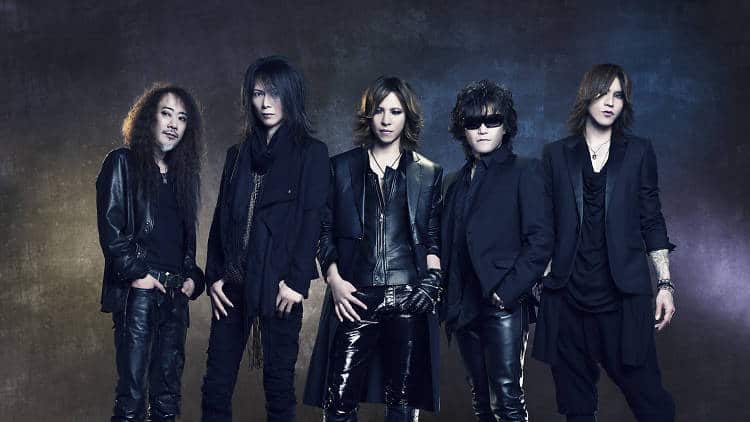 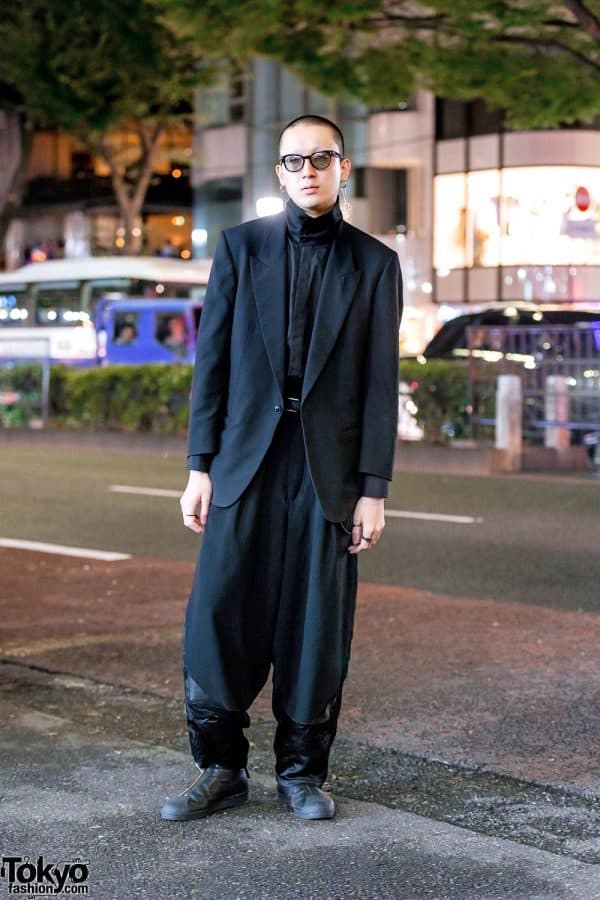 Start your Kurofuku ensemble with an all-black suit, then make it your own look with fur arm cuffs or a dramatic fur stole.

Sometimes also referred to as Fairy Kei, this is a demure, frilly substyle of Visual Kei. It’s as if steampunk collided with Mary Poppins and created their own trend. Heavily influenced by goth rock and classic theater, expect the unexpected with Lolita Kei. All fashions within Lolita Kei are androgynous, so expect lacy pleated shirts and ornate jewelry for both men and women.

Women, a frilly layered skirt like this one is a great foundation for a Lolita Kei outfit, and guys, start your look with a medieval-era ruffled pirate shirt. Accessories finalize the outfit, so don’t forget a great choker necklace.

Though this isn’t a substyle of Visual Kei, the accessories are such core aspects of the trend that it may as well be its own category. Biker chains, arm warmers, cuffs, bracelets — studded especially, goggles, randomly-placed buckles, ties, and straps, and even other props such as handcuffs or umbrellas can all bring a Visual Kei look to the next level. When it comes to the accessories, it’s truly the more, the better.